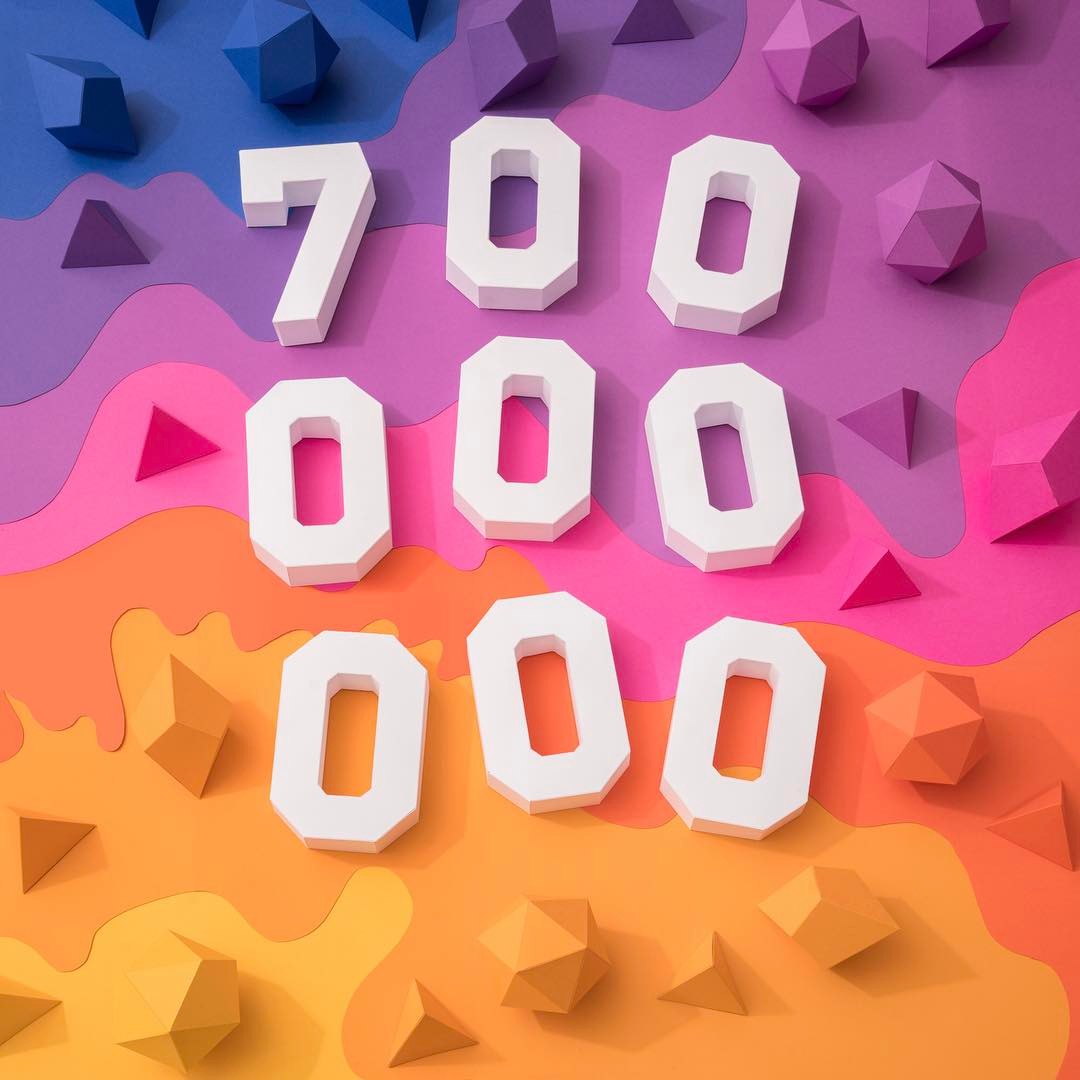 Photo-sharing service Instagram announced Wednesday that its mobile app for iOS and Android has passed 700 million users. Instagram hit the 600 million users milestone in December 2016, meaning the Facebook-owned company has managed to attract a hundred million new users to its platform in less than five months.

Constant growth indicates that Instagram was able to capitalize on the new features it’s rolled out in the past few months, like Stories, live video, disappearing messages in Direct and more.

Earlier this month, Instagram announced that more people are using the Stories feature it aped from Snapchat than Snapchat’s own thing, with more than 200 million people now using Instagram Stories on a daily basis.

Instagram for iOS is available free on App Store.