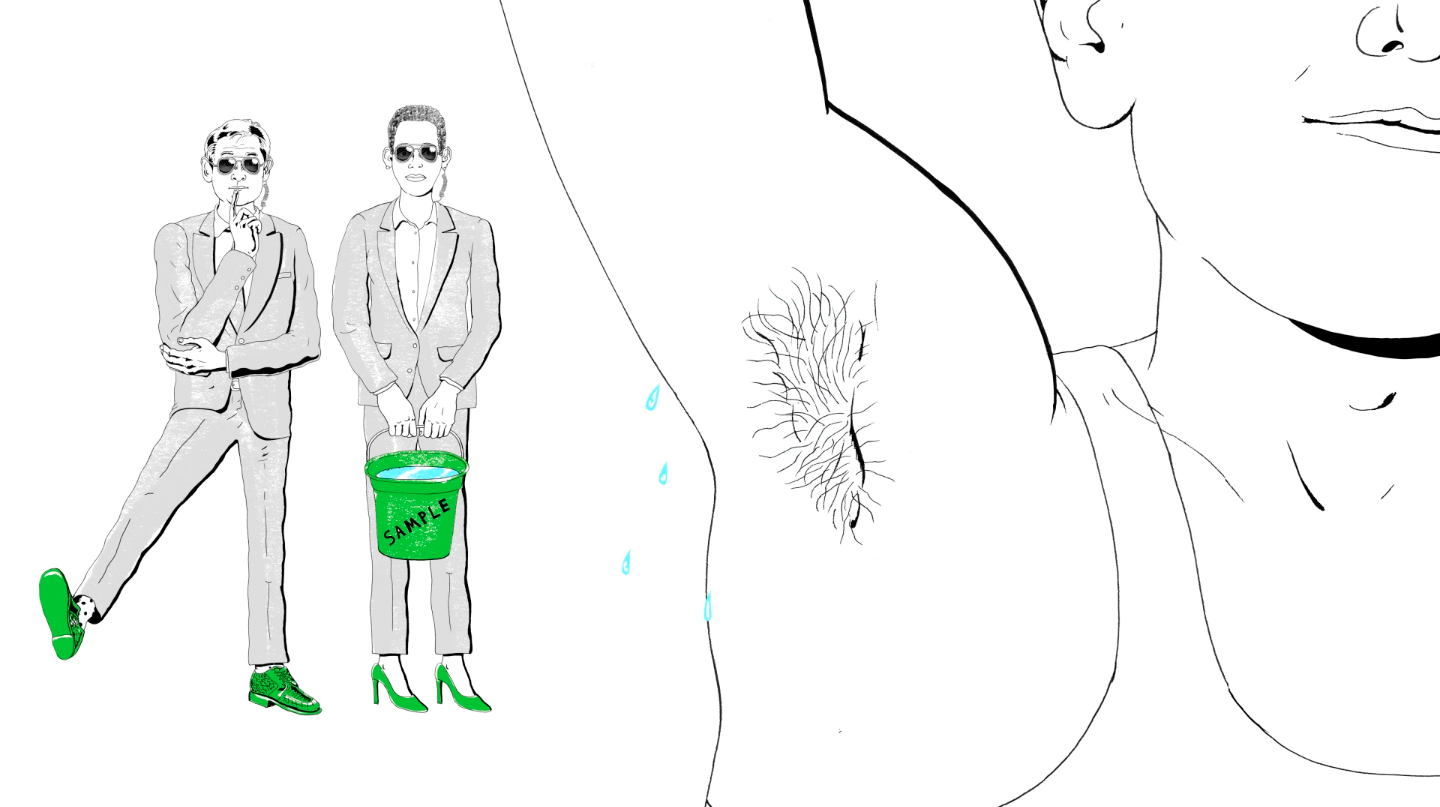 Did you know that Apple makes its own artificial sweat to test whether or not products like Apple Watch and Apple Pencil that come in direct contact with the human body would irritate the skin? Neither did I, but that’s what they apparently do. I was educated about this, and other fun facts, by watching Apple’s new cartoonish videos that highlight the company’s efforts at sustainability.

“Can a Building Breathe?”

“Apple Park uses outside air to cool the building naturally, reducing the campus’ cooling load by 35 percent a year,” reads the video’s description.

This clip is narrated by Apple’s Vice President of Real Estate, Dan Whisenhunt.

Narrated by Lisa Jackson herself, who is Apple’s lead on Environment work, this video attempts to give a crash course on how the company’s 40-megawatt solar farms in China produce enough electricity for all of its corporate offices and retail stores in the country.

“Can We Produce Zero Waste?”

“None of Apple’s fourteen final assembly facilities in China send any waste to landfills,” notes Apple. “As in zero. And that all started when John Reynolds in iPhone Product Operations visited a factory in Guanlan, China.”

“Why Does Apple Make Its Own Sweat?”

“Apple’s toxicology experts Rob Guzzo and Art Fong will grossly tell you how we make about 30 gallons worth of sweat every year, and how it keeps you safe,” reads the description.

This isn’t a joke: Apple does in fact make its own artificial sweat in order to test if products like Apple Watch and Apple Pencil that come in direct contact with the skin might give you a rash.

“We analyze materials that someone might put in their mouth—like an Apple Pencil you might chew on while considering the next line in your drawing—to make sure they’re safe,” Apple wrote in its annual Environmental Responsibility Report that iDownloadBlog highlighted today.

One of the testing procedures they adhere to involves dunking Apple Watch straps inside a jar containing artificial sweat that simulates human body temperature.

“We also evaluate products after they’ve undergone extensive reliability testing to ensure that they remain safe for our customers, even after years of use and exposure to different environmental conditions,” the company added.

The more you know…