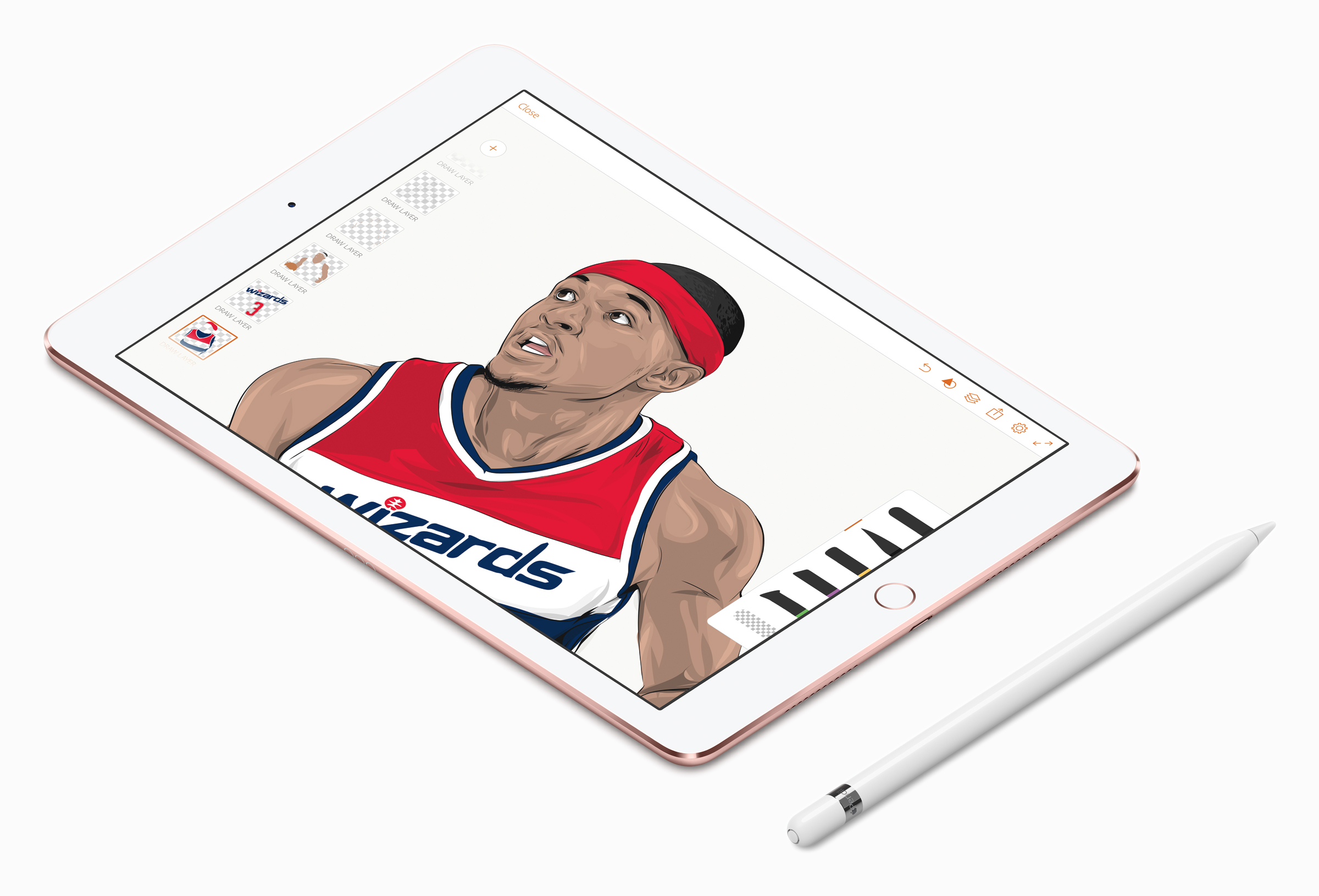 To celebrate the Golden State Warriors’ NBA-best regular season record, and star Kevin Durant’s return to the team just in time for the 2017 NBA Playoffs, the iPhone maker has shared images and videos showing off the illustration coming to life from start to finish.

Zilla, who goes by the real name Robert Generette III, used Adobe’s Illustrator Draw app for iPad to draw the NBA star. As part of Warriors Fan Night, his work will be featured during tonight’s halftime at the Golden State Warriors regular season finale in Oakland.

Both the T-shirt and the Cheer Card were designed by Zilla.

Mashable says that drawing an illustration like this with iPad Pro and Apple Pencil takes between two and five hours. The artists typically uses a combination of reference, transparency and freehand, allowing him to draw over a reference photograph.