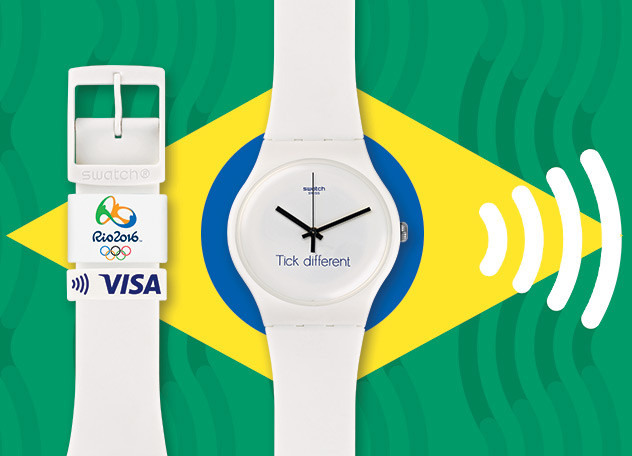 Apple has filed a complaint against Swatch in a Swiss court after the watch maker has used the slogan “Tick different” to promote its Bellamy quartz wristwatch with built-in NFC Visa payment technology. Apple argues that Swatch is unfairly using a grammatically incorrect slogan that bears too many similarities to its “Think Different” ad campaign.

Watson explains that Apple must prove that Swatch’s slogan prompts an association with Apple products in the minds of at least 50 percent of consumers.

Swatch, of course, insists that any similarity with Apple is purely coincidental.

The “Think Different” campaign was created in 1997 by Apple’s advertising agency TBWA\Chiat\Day shortly after Steve Jobs returned as Apple’s interim CEO. The California company stopped using the slogan with the launch of the 2002 iMac G4.

Swatch’s CEO Nick Hayek argues that the “Tick Different” slogan has its roots in Swatch’s 1980s ad campaign that used the phrase “Always different, always new”. The CEO is also known for dismissing Apple Watch as a toy.

At one point, Swatch was even thought to be working with Apple on a smartwatch.