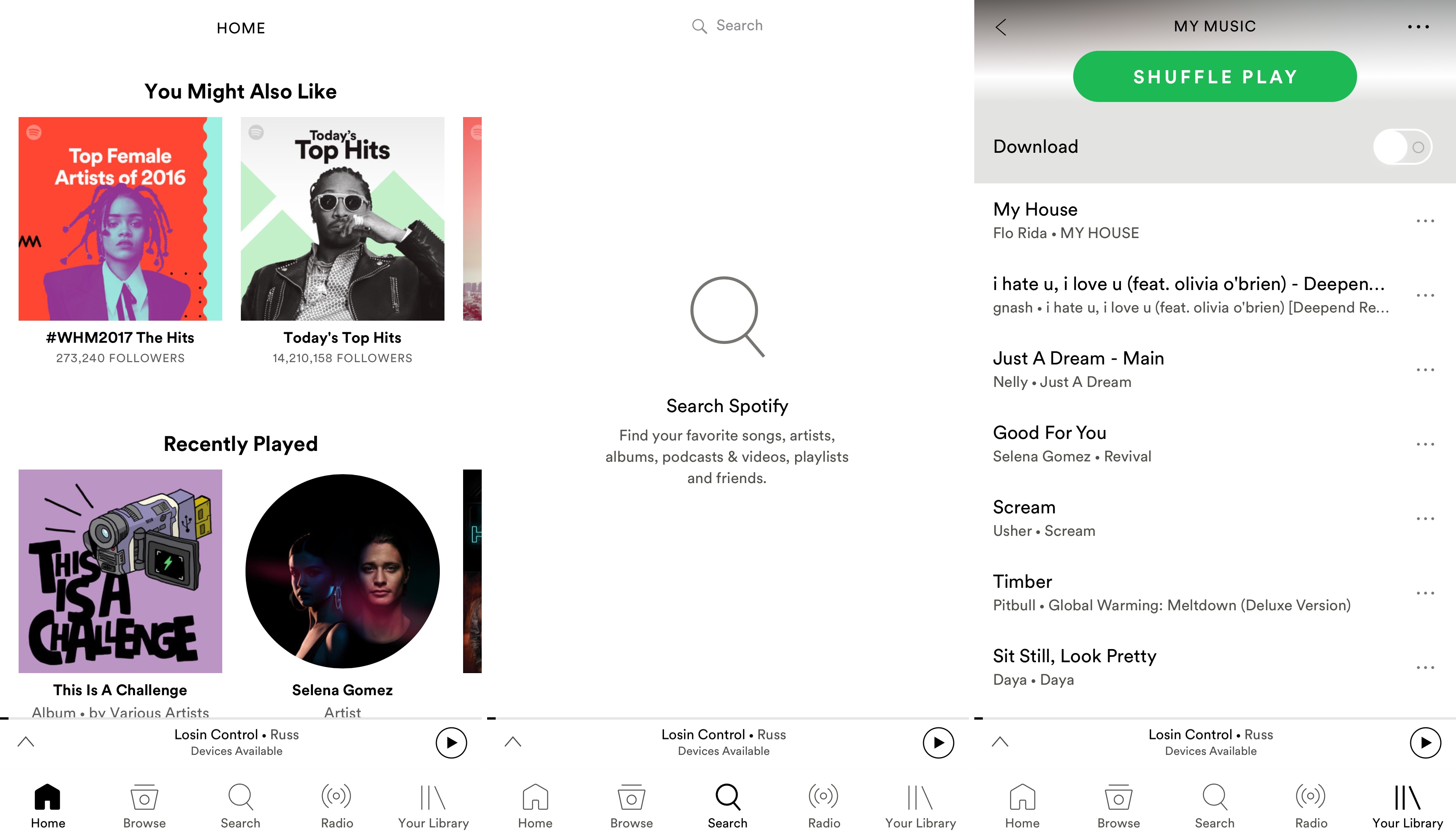 It wasn’t long ago that we showed you a jailbreak tweak called Lightify, which applied a light skin to the Spotify Music app’s typically dark UI.

On the other hand, a new free jailbreak tweak called Brightify by iOS developer cyanisaac aims to accomplish similar goals, all while coming with its own unique benefits that competing tweaks don’t offer.

Once installed, you should notice the effects in the Spotify Music app immediately. You may have to force quit and restart the app from the App Switcher to see the changes take effect.

You will notice the Spotify UI continues to function just how it did before applying the lighter makeover. When compared to the Lightify jailbreak tweak, there are some subtle differences in app styling, such as the selected tab appearing black instead of green and differing blur effects in the My Music list.

For comparison, this is what the stock dark Spotify UI looked like: 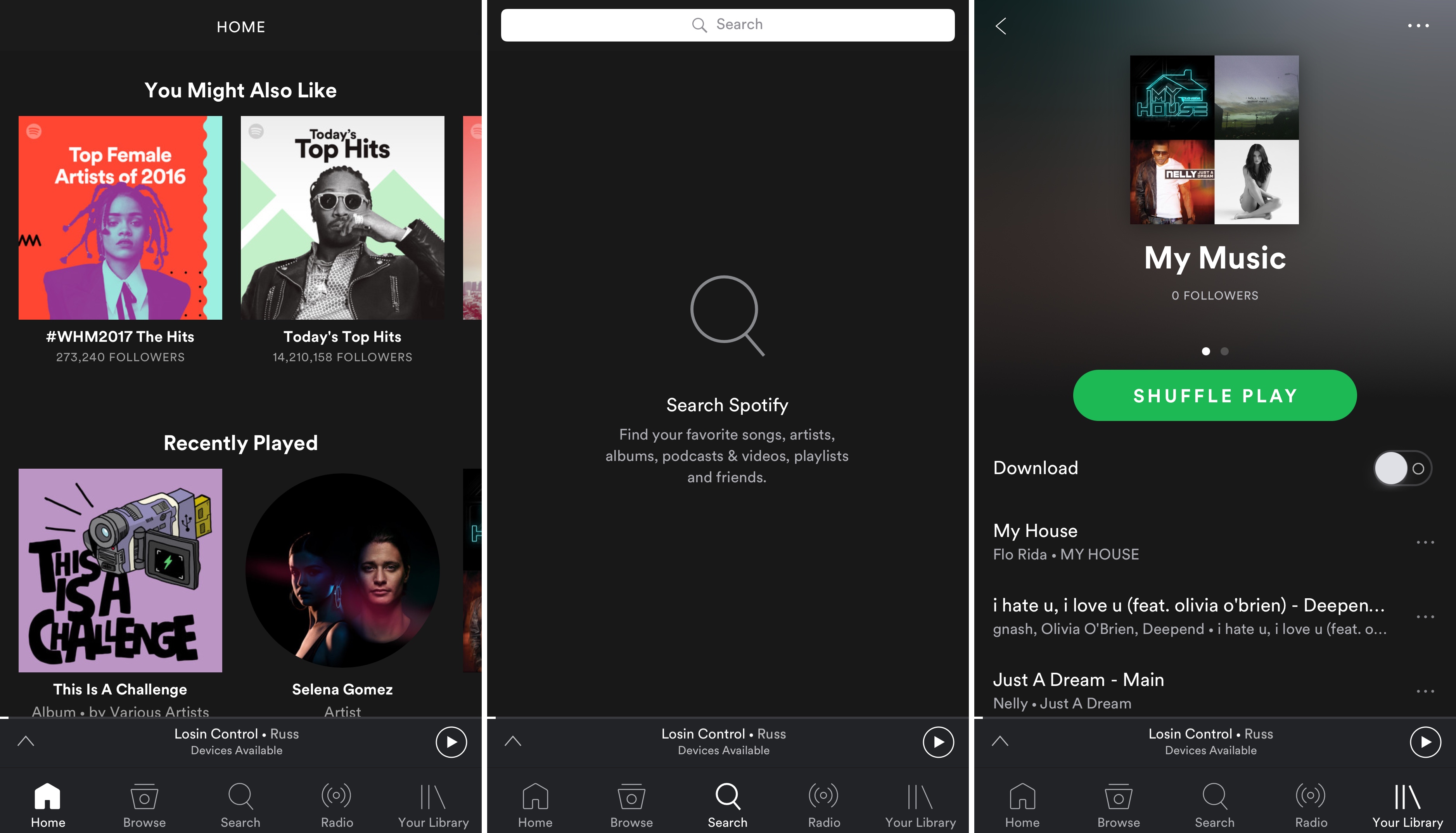 At any time, you can go into the Settings app and open the Brightify preferences pane to toggle the tweak on or off on demand: 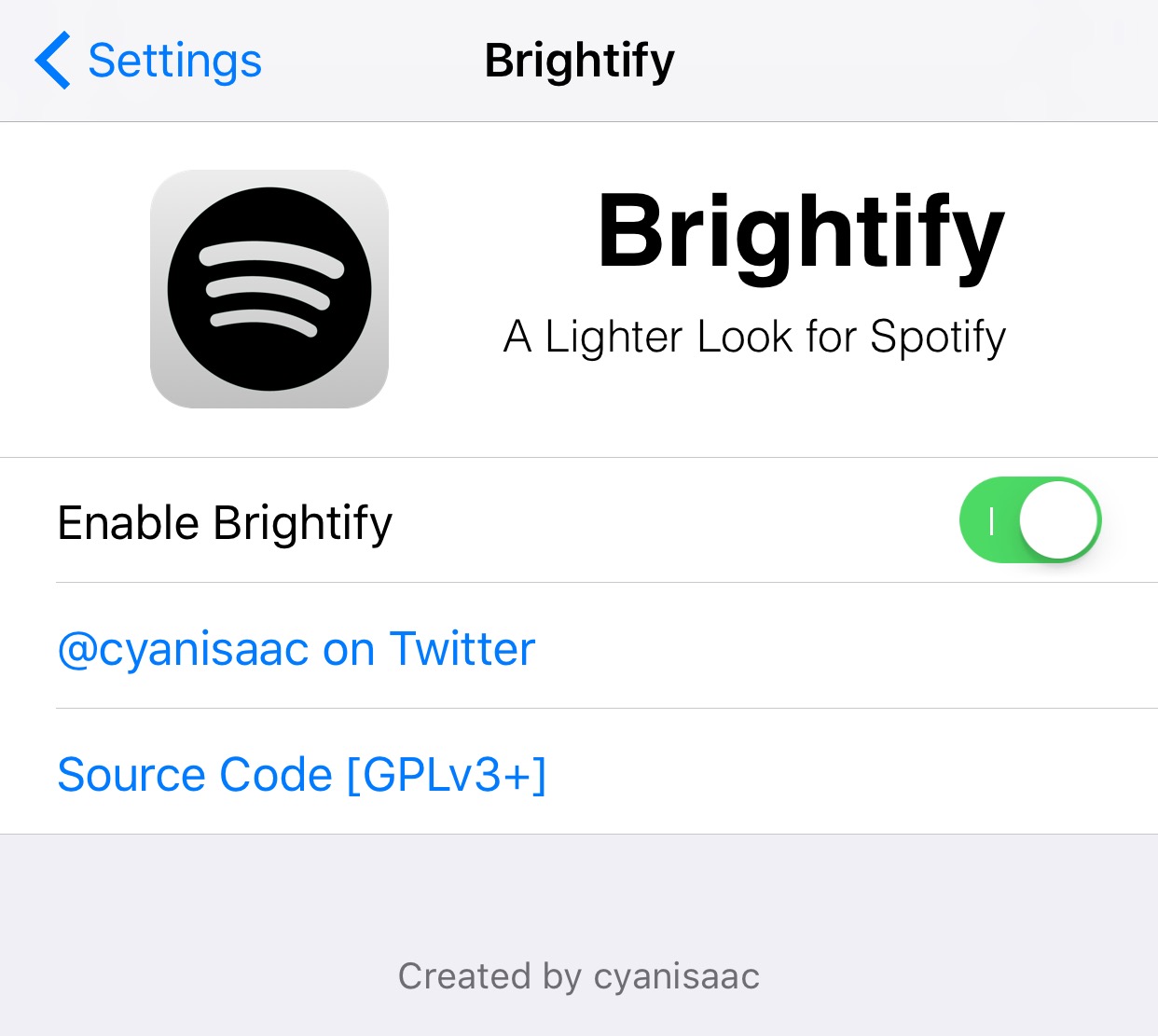 Since Brightify and Lightify are so similar in execution, it’s worth noting the main functional difference: Brightify integrates with the popular Noctis tweak, which means you can toggle it on or off alongside Noctis’ dark mode with the flip of a single switch. In terms of looks, Brightify has a slightly more desirable visual outcome in my own personal opinion, but your mileage may vary depending on your tastes.

The biggest use for this tweak isn’t the aesthetics, however. In brighter environments, such as when you’re outside in the sunlight, the white background and dark text is much easier to see on your screen than the stock dark UI is, which always was a big pain point for myself since I’m a pretty big Spotify user.

If you share similar quarrels and want to try Brightify on your jailbroken iPhone or iPad, you can download it for free from Cydia’s BigBoss repository. The tweak requires the official Spotify app, which can be downloaded for free from the App Store.

Brightify is also open source, so if you’re interested in seeing what makes it tick, you can visit the developer’s GitHub page to do so.

You might also like: This tweak colorizes your Lock screen’s Now Playing interface with the dominant colors from album art