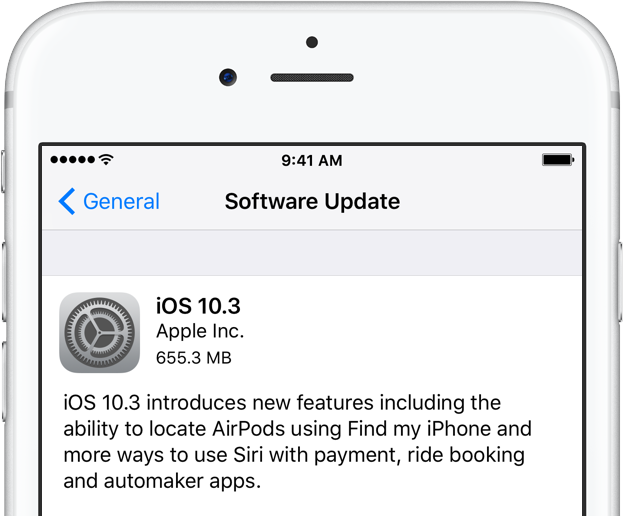 Apple today released for public consumption the third major software update for iPhone, iPad and iPod touch. iOS 10.3 is now available via the Software Update mechanism in Settings and desktop iTunes more than six months since iOS 10 made its debut in September 2016 and more than two months following the current iOS 10.2.1 update.

Some of them include Find My AirPods for locating misplaced earbuds, a brand new file system, a new App Compatibility page in Settings to identify 32 bit apps, a redesigned iCloud section in Settings and much more.

Grab the iOS 10.3 firmware files from the iDownloadBlog Downloads page.

According to Apple’s release notes, iOS 10.3 introduces new features including the ability to locate AirPods using Find my iPhone and more ways to use Siri with payment, ride booking and automaker apps.

TUTORIAL: How to stop iPhone from asking to install iOS updates

Here’s a quick video overview of some of the more useful new features in iOS 10.3.

We’ll be soon posting our full overview of everything new in iOS 10.3.

In the meantime, do you plan on installing iOS 10.3?