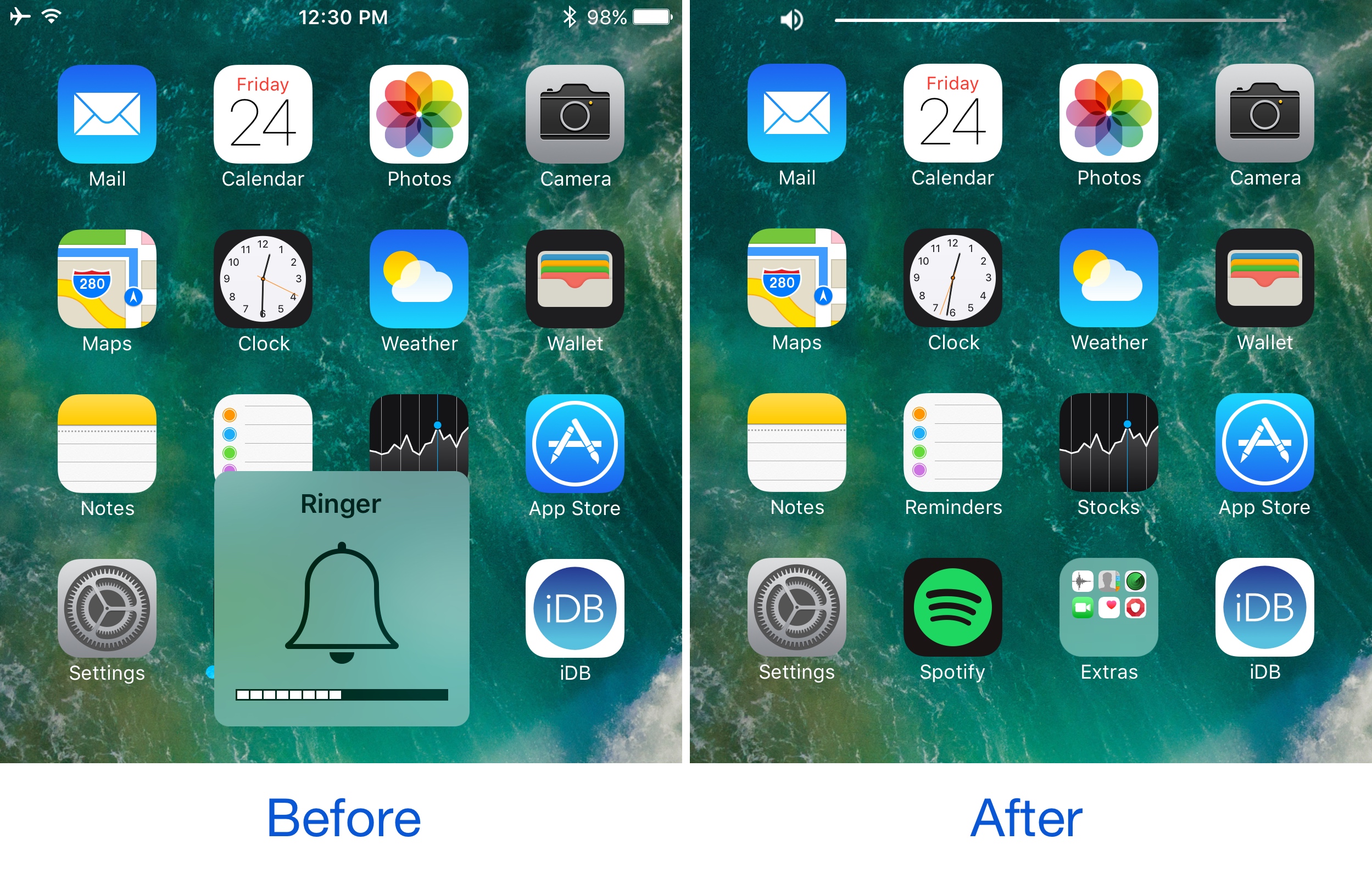 If you’ve ever used the YouTube app on your iPhone before, then you know Google has good taste in what a volume HUD should look like. Obviously, the monstrosity of a volume HUD that Apple continues to impose on iOS users is not something said users like to see, as it gets in the way of everything.

Because Google has the right idea, iOS developer midkin decided to create a YouTube-inspired volume HUD system that’s made to work across your whole iOS system. As a result, the new free jailbreak tweak YouTubeVolume was born.

After installation, you will see the the changes to the volume HUD you see above any time you press either of your volume buttons, whether you’re in an app or on the Home screen.

In apps where you try to watch a video, play a full-screen game, or enjoy other features of the app itself that are normally hindered by the Volume HUD, this tweak offers a large enhancement in accessibility and visual aesthetics.

The tweak can be toggled on or off from the preferences pane in the Settings app after installation, and you don’t need to respring to save your changes: 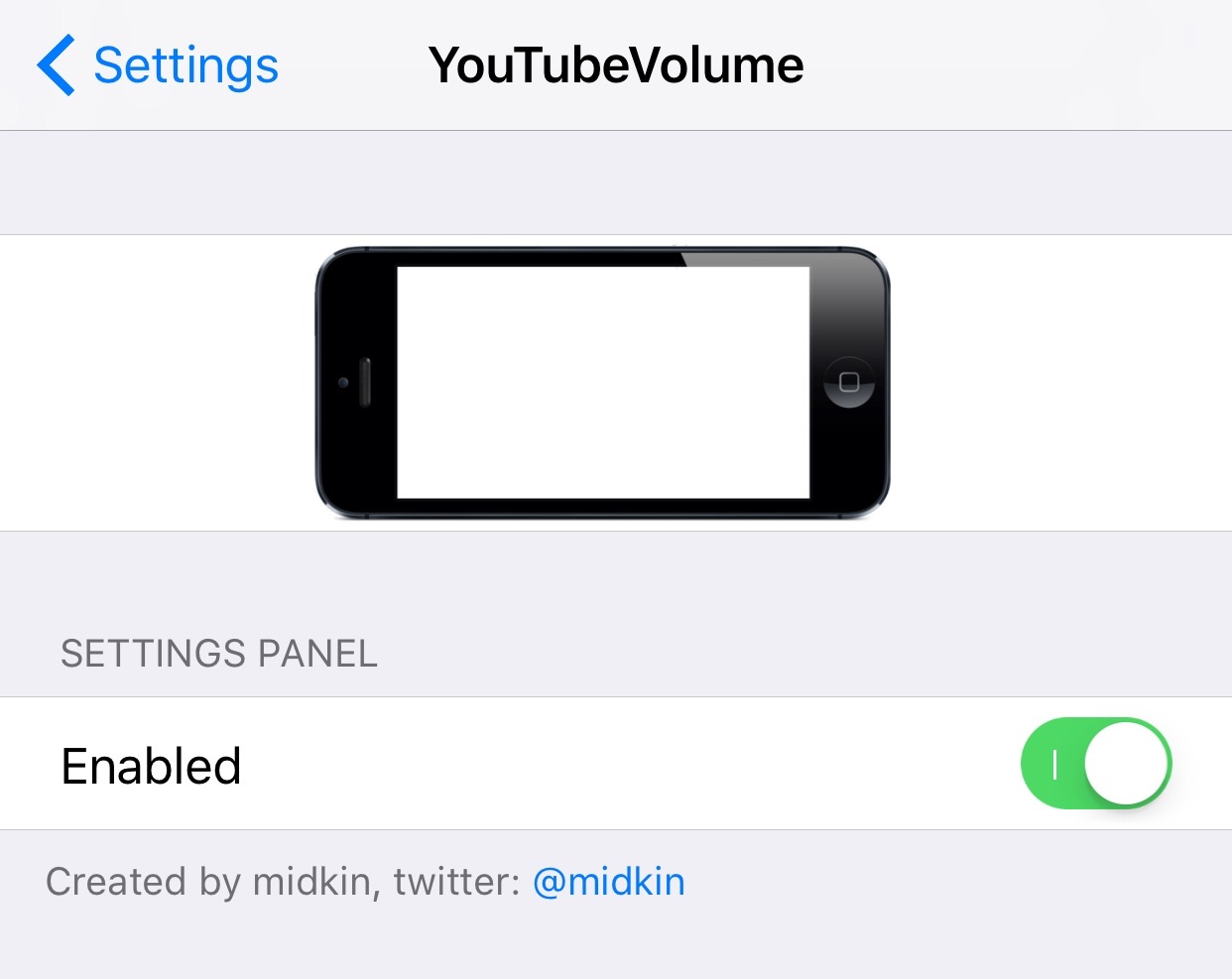 Because YouTubeVolume is a free tweak with one simple purpose in mind, it’s not as flashy or feature-rich as some of the other volume HUD replacement tweaks out there, but it gets the job done without putting too much strain on your wallet, which is great for the end user.

If you’re interested in trying YouTubeVolume, you can download it completely free of cost from Cydia’s BigBoss repository. The tweak works on jailbroken iOS 8, 9, and 10 devices.

What are your thoughts on having a YouTube-styled volume HUD throughout your iOS system? Share in the comments section below.