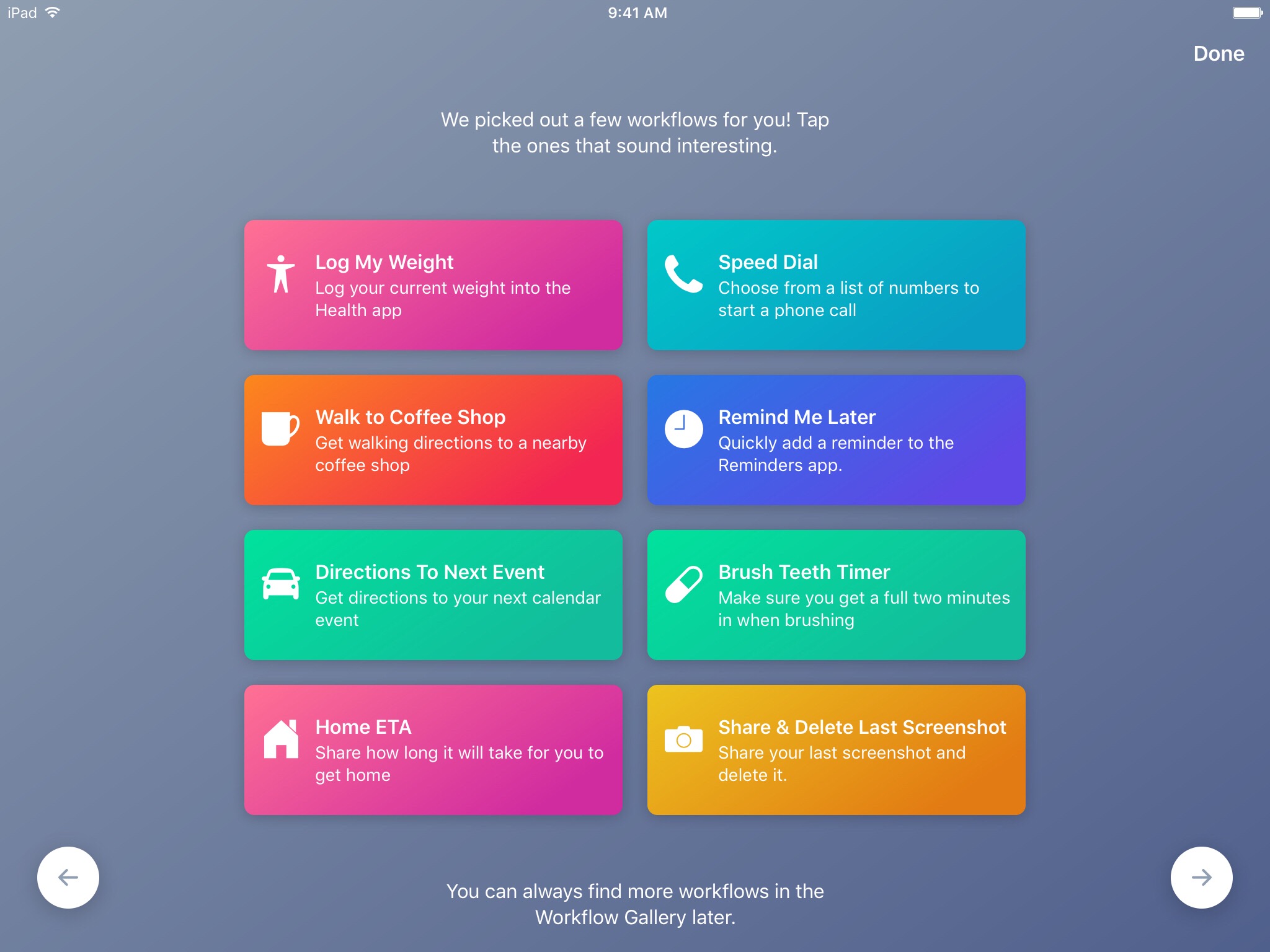 Apple has acquired the powerful automation app Workflow, reports TechCrunch. The outlet received a statement from the developers, as well as Apple, confirming the deal, but the financial details are not yet known.

For those who aren’t familiar with the app, Workflow is similar to the popular IFTTT service in that it allows you to create custom recipes to perform complex tasks. The app was designed by former jailbreak developers.

“We are thrilled to be joining Apple. We’ve worked closely with Apple from the very beginning, from kickstarting our company as students attending WWDC to developing and launching Workflow and seeing its amazing success on the App Store. We can’t wait to take our work to the next level at Apple and contribute to products that touch people across the world.”

“The Workflow app was selected for an Apple Design Award in 2015 because of its outstanding use of iOS accessibility features, in particular an outstanding implementation for VoiceOver with clearly labeled items, thoughtful hints, and drag/drop announcements, making the app usable and quickly accessible to those who are blind or low-vision.”

TechCrunch says the deal was finalized today, and both the app and the small team will be joining Apple. While the company tends to shutdown acquired apps, Workflow will remain active and even go free later today.