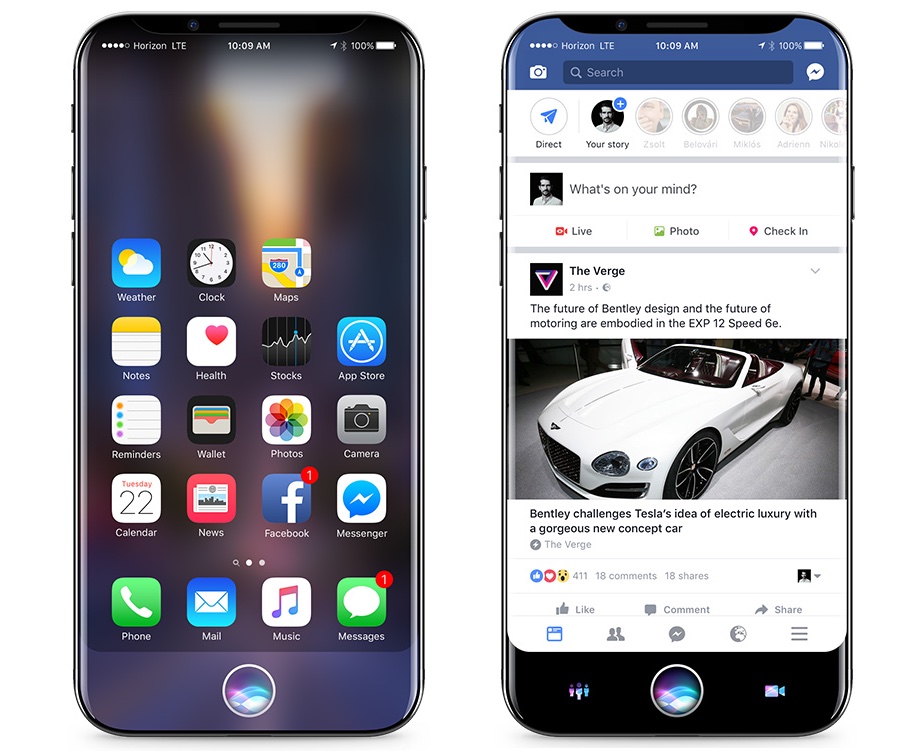 Nikkei Asian Review yesterday shot down predictions by IHS Markit analyst Wayne Lam and DisplayMate expert Dr. Raymond Soneira who said Apple’s 5.8-inch iPhone 8 will use a flat rather than a curved display. However, MacRumors has allegedly confirmed with multiple people familiar with the matter that the phone will indeed come outfitted with a mostly flat AMOLED display.

The device’s display will reportedly feature slightly curved left and right edges in order to conform with the layer of 2.5D glass that covers the screen.

“MacRumors has confirmed the report refers to a display that is slightly curved at the edges below 2.5D cover glass, meaning the display itself cannot be dramatically curved,” reads the report.

IHS Markit’s Wayne Lam predicted Monday that Apple’s Tenth Anniversary iPhone would adopt “a flat implementation of OLED design on their special iPhone model, which is analogous to the current 2.5D glass design.”

If iPhone 8 ends up having a display with gentler curves than Samsung’s Edge phones, the display won’t provide new user-facing features aside from a rumored function area at the bottom for accessing app shortcuts. That may actually be a good thing.

Just what is 2.5D screen glass?

Also known as a contoured edge, 2.5D design allows the cover glass to sit atop the rest of the device’s body rather than being secured behind a slightly raised bezel, creating a more seamless edge appearance. A small curve can be used to make the edge of the glass feel smooth, as opposed to a larger curve that may look more stylish.

Some vendors actually bend the display itself to create a more noticeable 3D effect, as we’ve seen with Samsung’s Edge handsets. 2.5D glass is manufactured in much the same was as a straight glass panel, with the exception of an additional processing layer used to trim and smooth the edges of the glass. As such, 2.5D displays typically benefit from hardening and strengthening manufacturing techniques. 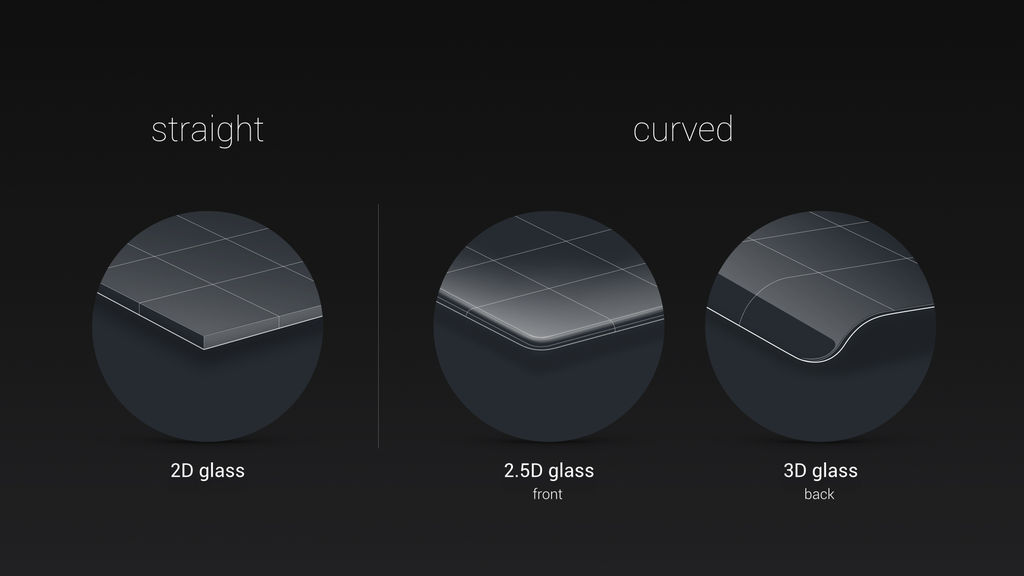 Both KGI’s Ming-Chi Kuo and Chinese research firm TrendForce previously said they expected iPhone 8 to have the same 2.5D glass for display cover as the current models.

Yesterday, Nikkei Asian Review said the screen curvature of iPhone 8 may be gentler than Samsung’s Galaxy S7 Edge series due to the challenges of making curved glass covers to match screens.

Just how curly the next iPhone’s screen should be?