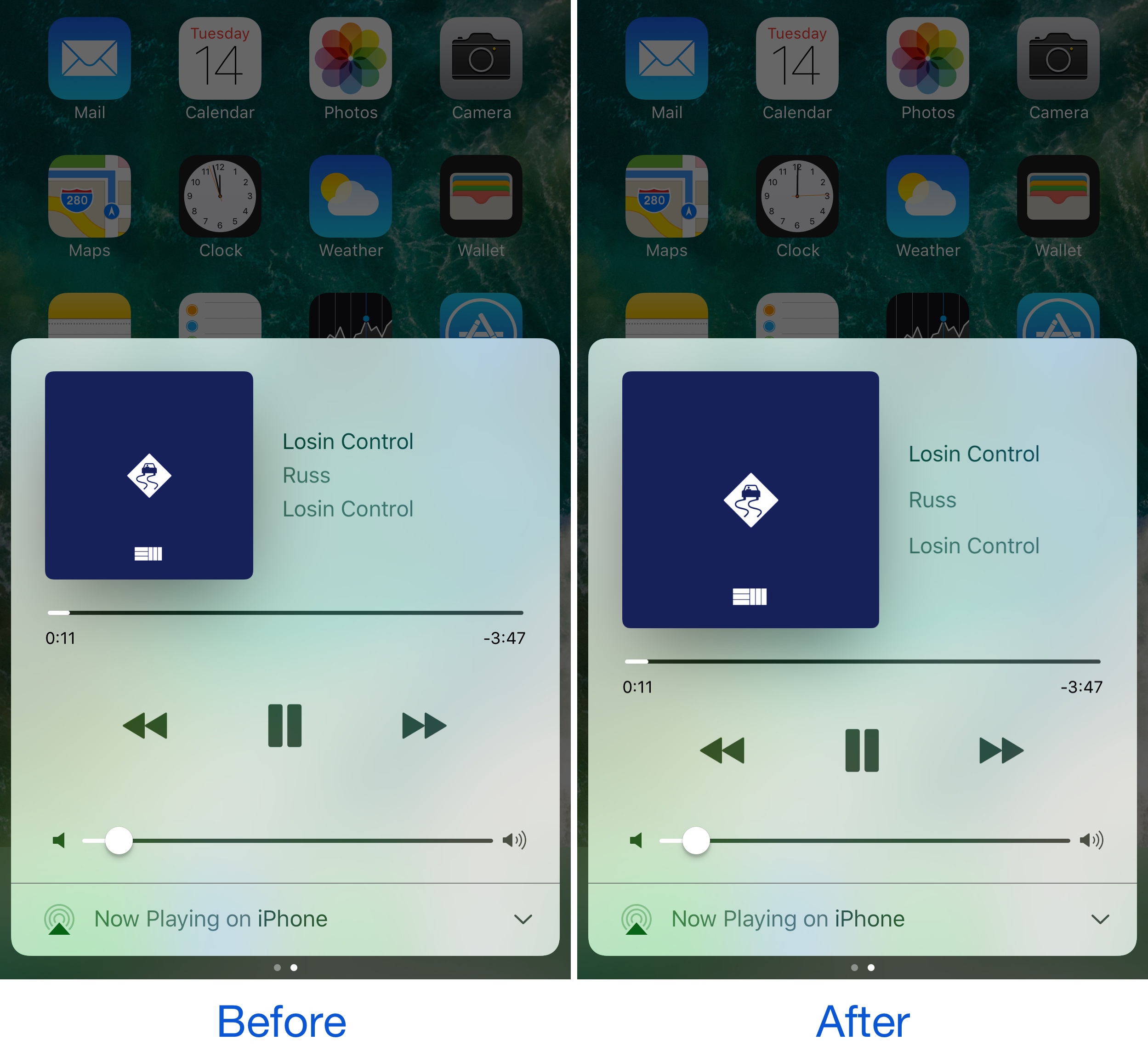 One of the great things about Control Center is how it offers access to Music controls anywhere you might need them. Part of the music control interface shows an album artwork illustration for whatever media is playing. Of course, some jailbreak developers would argue that it needs improvement.

A new free jailbreak tweak called BiggieSmallcc by candoizo aims to make the album artwork more proportionately appropriate by enlarging it to better fit the size of the interface, especially on larger-screened devices.

The developer was careful to ensure the best results were made possible for every screen size scenario. That said, you may see different results from our example depending on how big your device’s display is. In the case above, we demonstrate the tweak on a 5.5-inch display.

It’s a subtle modification indeed, but BiggieSmallcc helps to use up that empty space in the Control Center page between all of your music controls. The tweak also makes it easier to see the smaller details in your album artwork (if you even bother to look at that kind of stuff).

BiggieSmallcc adds a preferences pane to the Settings app where the tweak is easily enabled or disabled on demand: 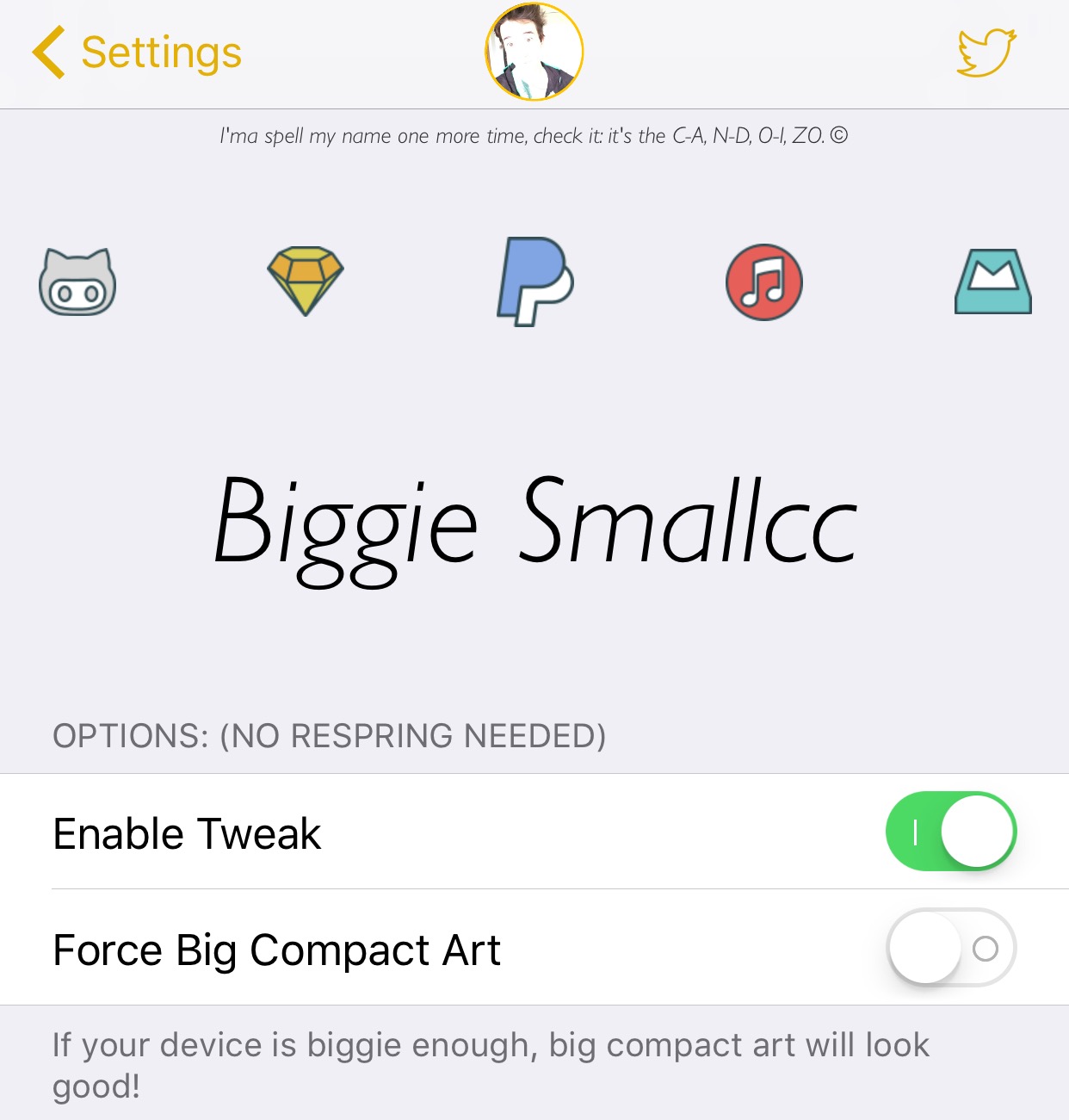 After you enable the tweak, the changes take effect immediately; a respring isn’t necessary.

Because the tweak is purely aesthetic, you won’t notice any changes in usability to your Control Center’s music control page. Additionally, the developer notes that BiggieSmallcc works with most other add-ons that modify your music experience, including the recently-released Acapella III tweak, which is a gesture-driven music control replacement.

If you’re interested in trying BiggieSmallcc on your jailbroken device, make sure you’re running iOS 10 and you’ll be able to download it from Cydia’s BigBoss repository.

Do you like the concept behind emphasizing the album artwork in Control Center? Share in the comments section below.