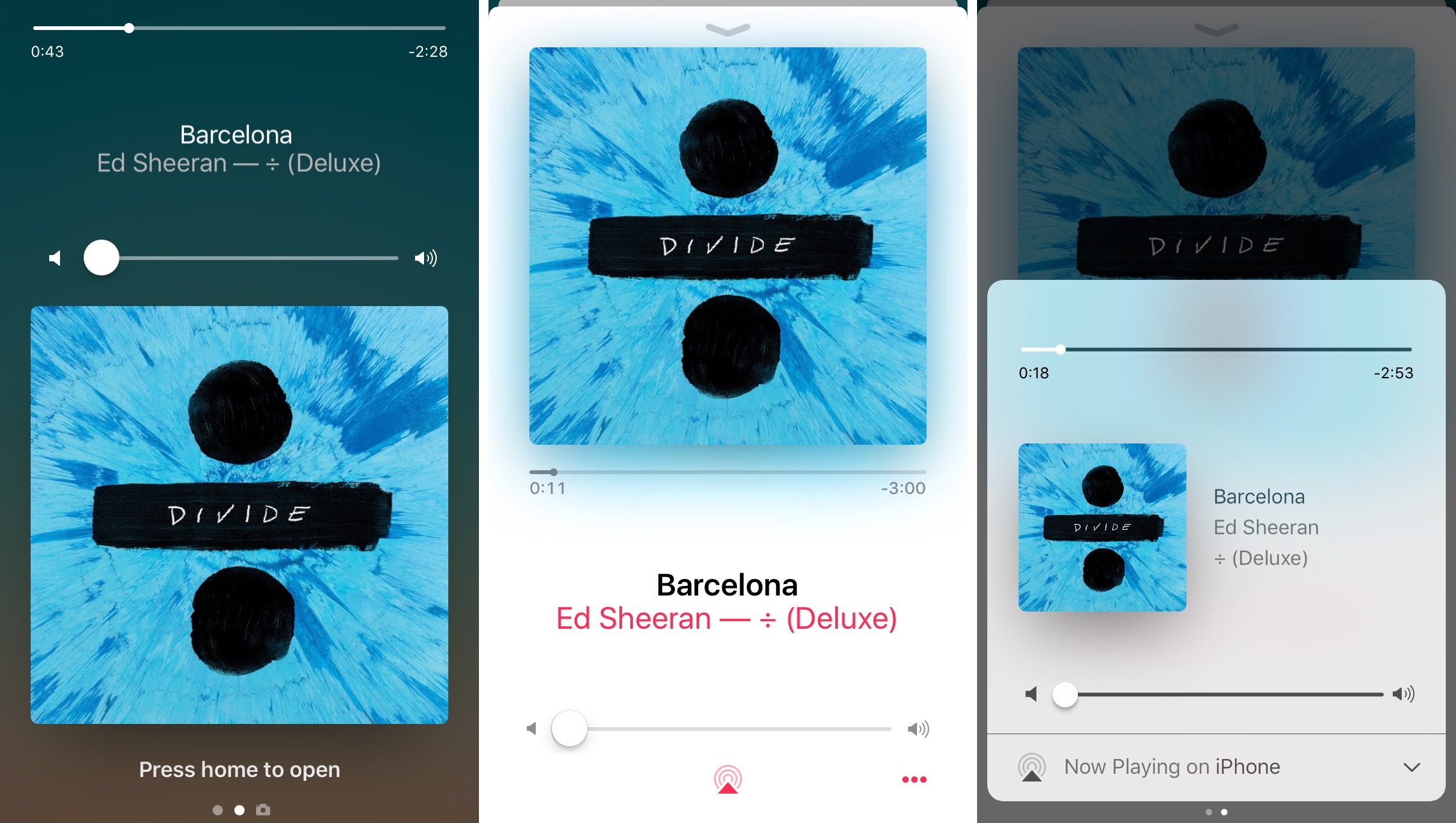 Music lovers can make great use of Acapella III, the third iteration of the popular jailbreak tweak series by Pat Sluth that gives power users a way to do more from the Now Playing interfaces in iOS by way of gestures.

You can use these gestures throughout iOS, whether you’re in Control Center, on the Lock screen, or viewing the Now Playing interface or the mini player in the Music app, and as a result of the new gesture-driven music controls, most of the button-based controls are removed from the iOS interfaces.

Since touch-based buttons are just a shadow of the old age of music control technology, Acapella kicks you into the new age by letting you use interactive gestures to go about the same means of control.

Acapella III puts a preferences pane in the Settings app where you can assign each gesture its own action: 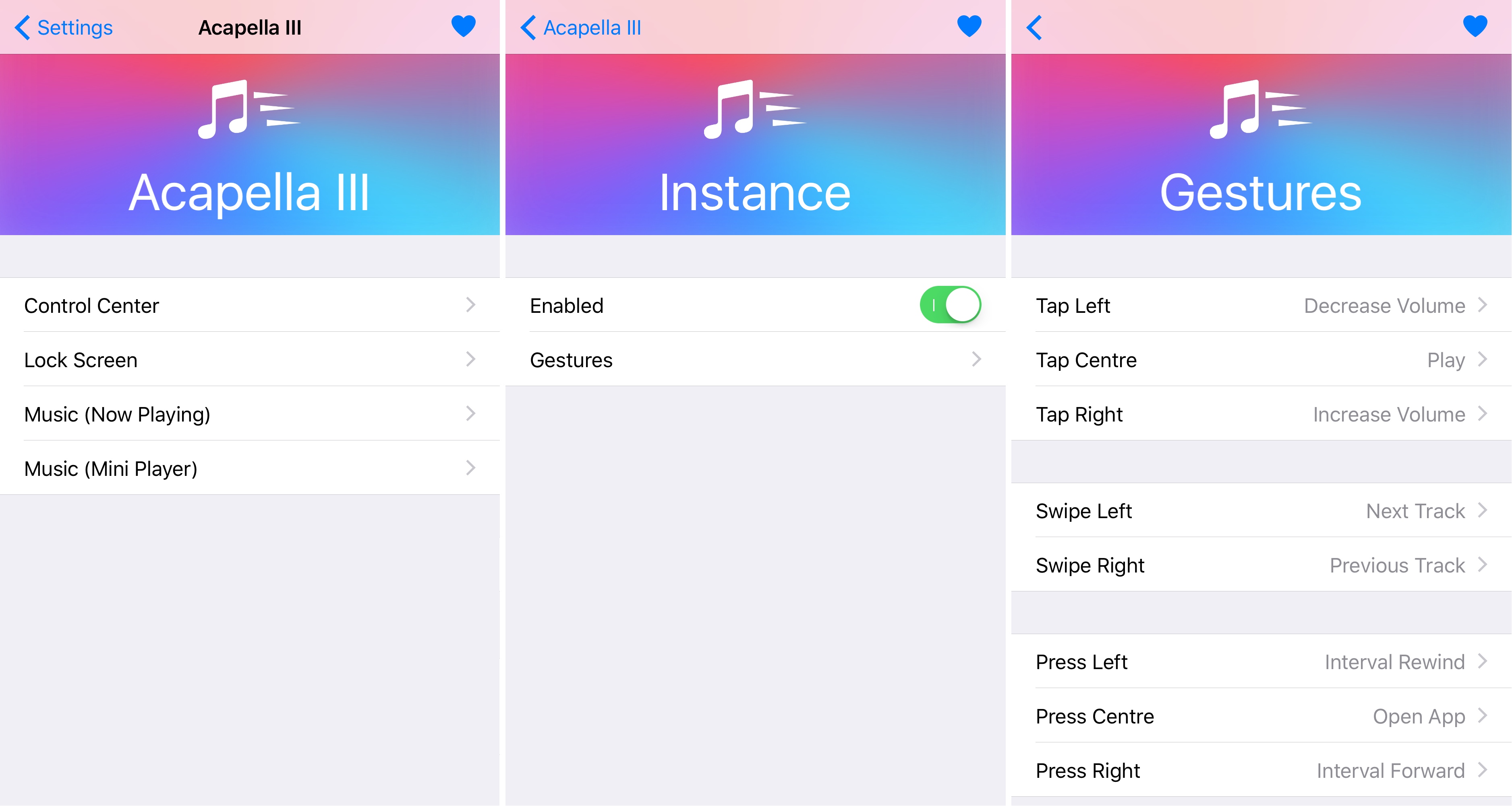 The gestures you have to choose from after installing Acapella III include:

Each of these numerous gestures can be assigned to any of the following actions:

Being able to assign your gestures on a per-interface basis means you can have different gesture assignments depending on the interface you’re using to control your music. For instance, you could assign the swipe left gesture to the move to previous track action in the Music app, and assign it something completely different when on the Lock screen. The choice of what to assign each gesture is completely in your ball court.

Acapella III is a $2.99 purchase from Cydia’s BigBoss repository, but if you own any previous version of the tweak, you can help yourself to the discounted $0.99 upgrade price. The tweak works on all jailbroken iOS 10 devices. Be sure to check out Acapella II for iOS 9 or the original Acapella for even earlier firmware versions.

Do you like using gestures instead of touch-based buttons to control your music? Share in the comments below.