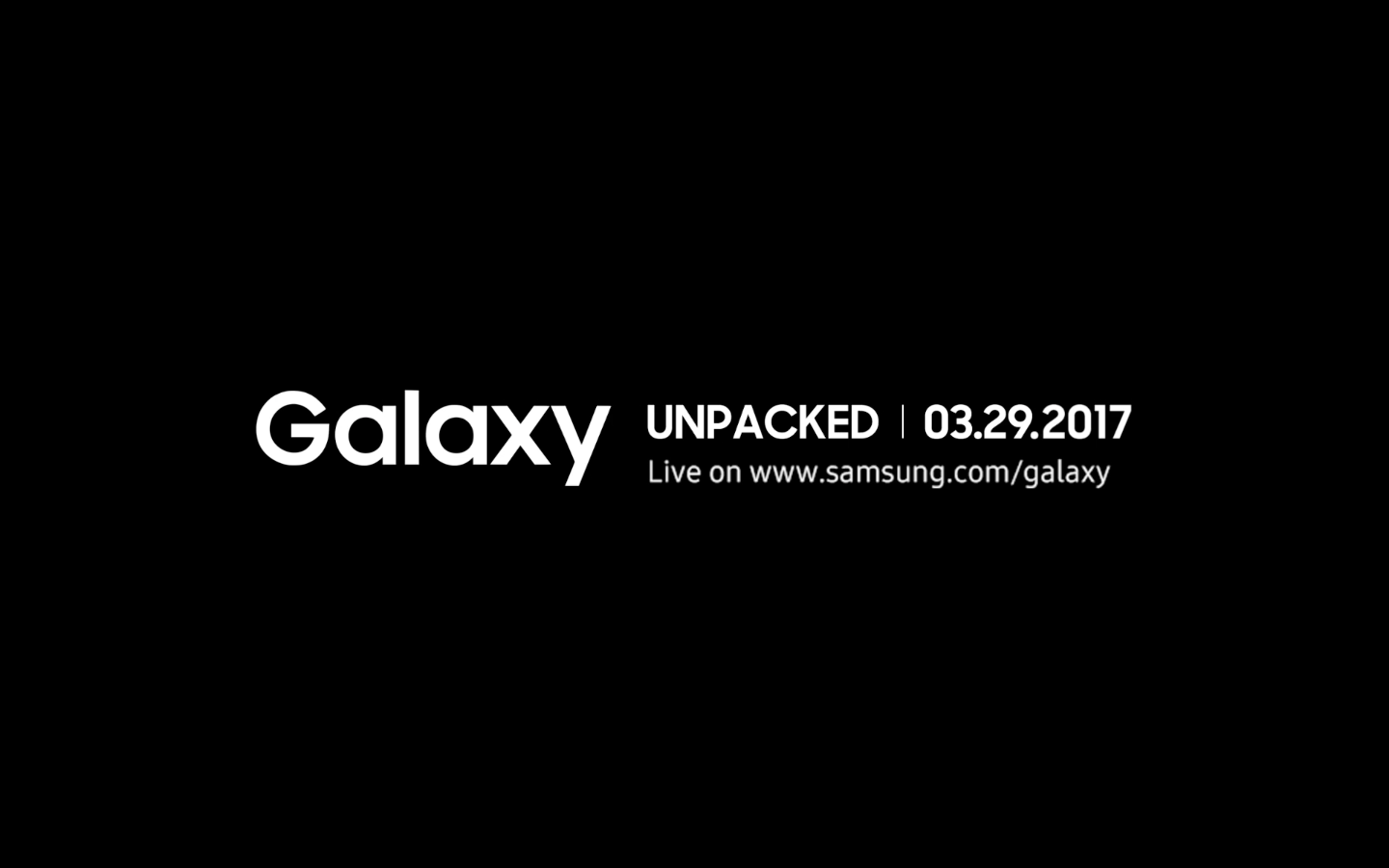 Mobile World Congress 2017 is underway in Barcelona, Spain from February 27 through March 2, but Samsung won’t be taking the opportunity to launch its latest flagship smartphone at the event. Instead, as confirmed today, Samsung will be holding its media event on March 29.

Unpacked 2017 is widely expected to serve as a launchpad for Galaxy S8, the company’s upcoming flagship smartphone which already leaked via a pair of hands-on videos.

Ahead of Mobile World Congress, the South Korean company also announced two new tablets—Galaxy Tab S3 and Samsung Galaxy Book—and said that Galaxy devices will gain a new level of audio experiences with the integration of audio technology from AKG by HARMAN. As you know, Samsung and Harman a few months ago entered into a definitive merger agreement, valued at $8 billion.

Samsung’s promotional video announcing Unpacked 2017 appears to allude at Galaxy S8 having a nearly full-screen front face with no side bezels and a drastically reduced top and bottom chin.

“We all know what a phone looks like… or do we?”, reads the video’s description.

Prior rumors said Galaxy S8 could introduce some “huge changes” in terms of industrial design—the physical Home button should go away to be replaced with its in-screen variant, for example. Aside from design changes, the phone should sport a dual-lens camera and may have no headphone jack because, you know, courage.

Oh, it’s said to ship with Samsung’s version of AirPods.

As I mentioned before, two very short hands-on videos leaked by Slash Leaks give us a closer look at a pair of working units of Samsung’s upcoming Galaxy flagship.

The upcoming Galaxy handsets are widely expected to integrate Samsung’s new digital personal assistant, called Bixby, based on Samsung’s purchase of Viv Labs, an AI company founded by Siri creators. A Plus model of Galaxy S8 may be introduced, too, rocking a 6.2-inch Quad HD+ Super AMOLED display, iris scanner and more.

Galaxy Tab S3, pictured below with S-Pen, sports quad stereo-sound speaker system, tuned by AKG, that automatically adjusts depending on whether the device is in landscape or portrait mode, like iPad Pro.

The Android-driven tablet provides 4K video playback on its vivid 9.7-inch HDR-ready Super AMOLED display with a 2,048-by-1,536 pixel resolution (like 9.7-inch iPads) and comes with a thirteen-megapixel rear camera and a five-megapixel front camera. 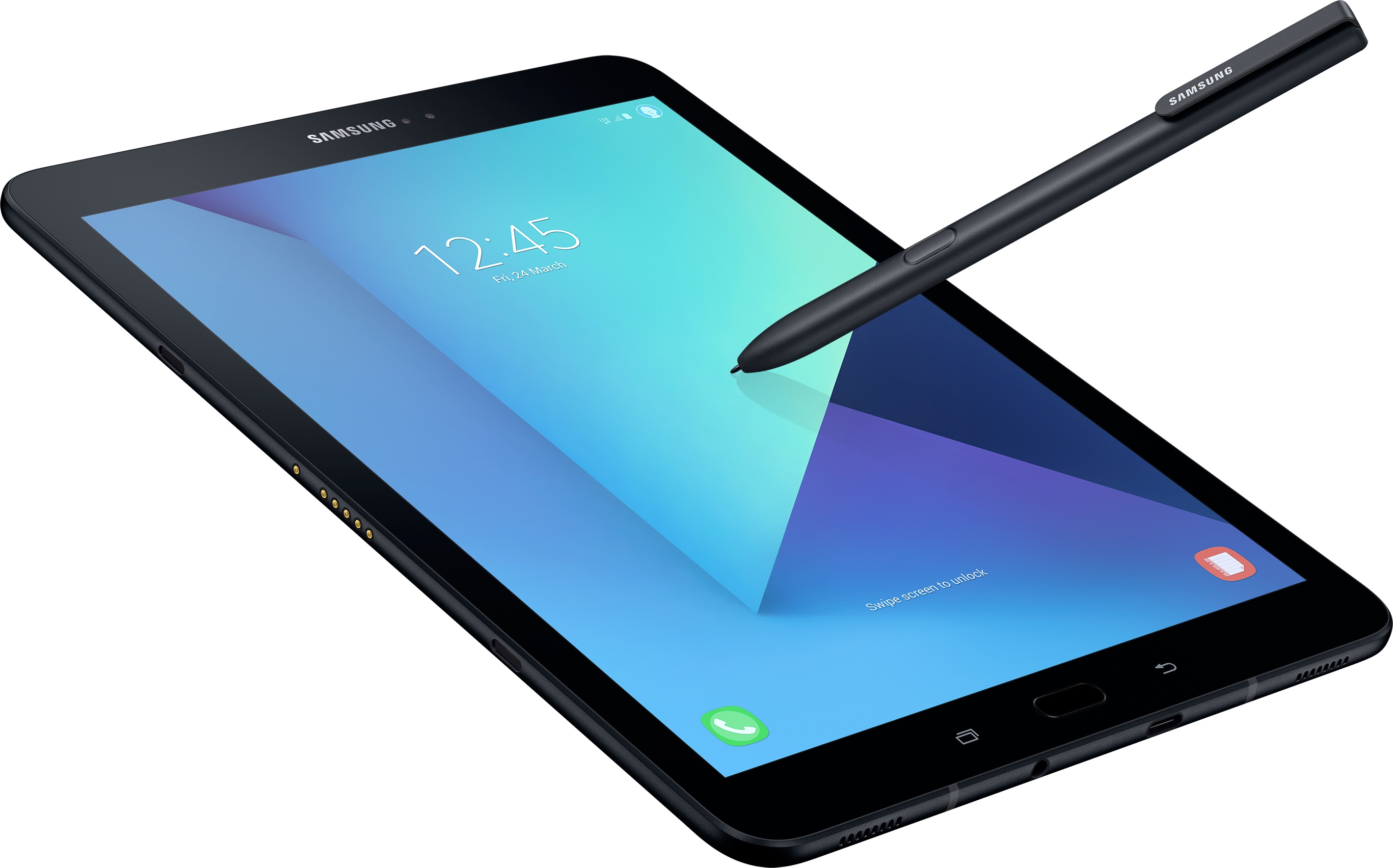 Just 6mm thick, Galaxy Tab S3 is powered by Qualcomm’s Snapdragon 820 processor with 4GB of RAM and comes with S Pen, USB-C port, a 6,000 mAh battery with Fast Charging and twelve hours of video playback and 32GB of onboard storage expandable up to 256GB via microSD cards.

Other notable features include a thirteen-megapixel camera out the back, a five-megapixel shooter out the front and up to 10.5 hours of video playback. 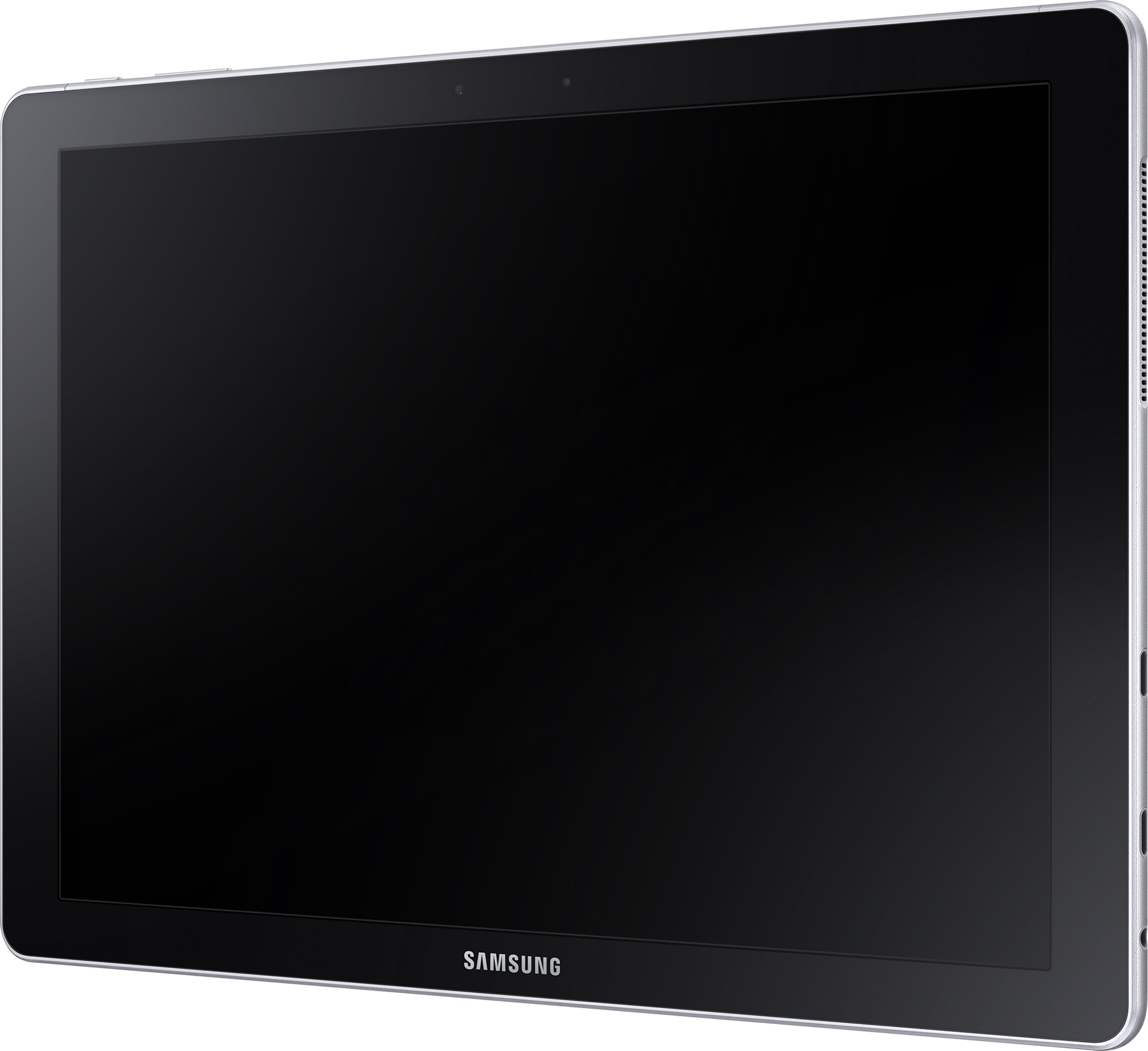 S Pen has been refined, too, with a smaller 0.7mm tip and increased pressure sensitivity.

Samsung has not yet announced any pricing information for the new tablets, both of which support videos in HDR (10-bit colored) and Samsung Flow, the South Korean company’s version of Apple’s Continuity feature with biometric authentication, wireless content transfer and message notifications syncing between devices.

Both slates support Pogo keyboards with no separate charging or pairing required.

As mentioned, select Galaxy devices like Galaxy S8 will soon provide pure, natural sound with earphones tuned by AKG included in the box.

The new Galaxy S8, Galaxy Tab S3 and Galaxy Book all have speakers tuned by AKG.

Based on these specs, would you be interested in Galaxy S8 or Samsung’s new tablets?