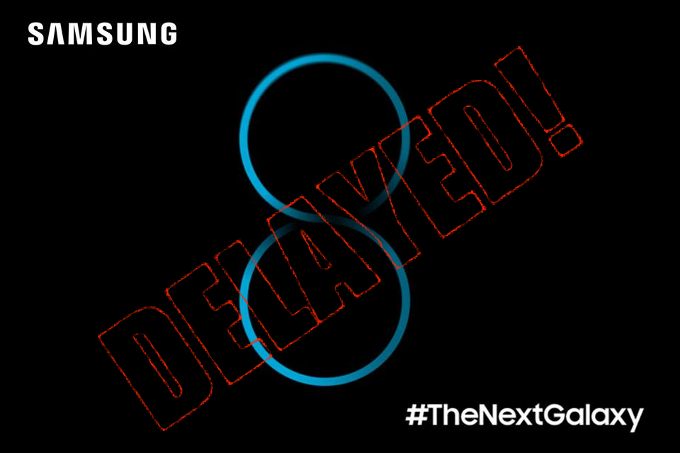 During its press conference Monday morning, Samsung shared the findings of Note 7 investigations conducted by itself and three independent industry firms. In the aftermath of Note 7 fires, Samsung’s won’t be unveiling its next-generation iPhone rival at the Mobile World Congress in February as previously thought, Samsung told Reuters.

The Galaxy S8 flagship smartphone could be delayed as the company adopts more of a cautionary approach to designing its flagship handsets and enhancing product safety. The new and enhanced measures Samsung put forth were designed to prevent the kinds of battery problems that led to the permanent discontinuation of Note 7.

Investigations into Note 7 fires have confirmed flaws with both the original battery manufactured by Samsung’s subsidiary Samsung SDI and the replacement battery made by third-party Chinese supplier Amperex Technology.

“The lessons of this incident are deeply reflected in our culture and process,” said Koh Dong-jin, President of Samsung Electronics’ Mobile Communications Business.

“Samsung Electronics will be working hard to regain consumer trust.”

The executive wouldn’t say when the forthcoming handset might launch, but noted that the company’s electronics division will be “working hard to regain consumer trust.”

For what it’s worth, analysts expect a Galaxy S8 announcement in April.

“The current situation is not largely different from that of the first recall, when Samsung pointed the finger at battery defects,” said Park Chul-wan, a former director of the Centre for Advanced Batteries at the Korea Electronics Technology Institute, saying users will accept the results of the probe “only if there are no problems with Galaxy S8.”

The South Korean company has yet to decide whether to reuse parts in the recovered Note 7 units. A source indicated that reselling some of the nearly three million Note 7 units as refurbished phones was an option.

That may not be the brightest idea given the scale of the Note 7 fiasco which has tarnished the Samsung brand and wiped $5.3 billion off the company’s operating profit.