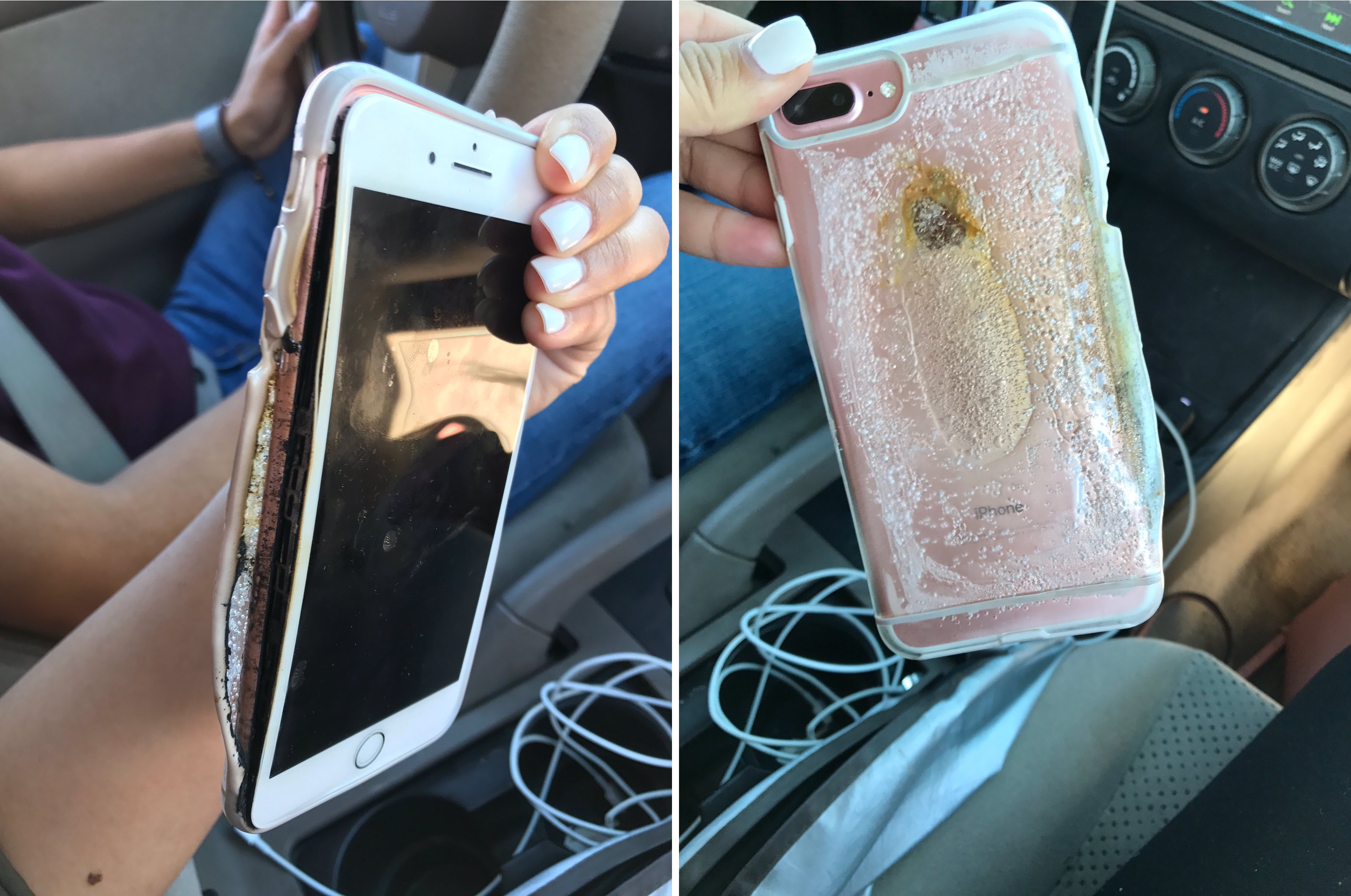 Earlier this week, Brianna Olivas posted a video showing her iPhone 7 Plus spontaneously catching fire, resulting in a partially melted device. Soon after, the video went viral and has thus far accumulated more than 1.2 million views.

The video has been retweeted more than 26,000 times and liked by more than 27,000 accounts, prompting a response from an Apple spokesperson which said in an official statement to Mashable that the company is looking into the incident.

“We are in touch with the customer and looking into it,” Apple told Mashable.

So my IPhone 7 plus blew up this morning. I was not even using it, literally no explanation for this pic.twitter.com/sQ8CJt4Y69

“So my iPhone 7 plus blew up this morning. I was not even using it, literally no explanation for this,” Brianna wrote in the video’s description on Twitter. In a statement to Mashable, she said that she purchased her iPhone 7 Plus from Sprint in January.

After experiencing problems powering up the phone, she took it to an Apple Store where employees ran tests and told her everything was fine. The phone appeared to be working properly but after waking up in the morning, Brianna’s boyfriend saw the device steaming and making a squealing noise.

After putting the device on a bathroom sink, it simply blew up.

Brianna’s account of the events leading to the phone meltdown:

The next morning I was asleep with my phone charging next to my head, my boyfriend grabbed the phone and put it on the dresser. He went to the restroom and from the corner of his eye he saw my phone steaming and heard a squealing noise.

She has handed her iPhone 7 Plus over to Apple for investigation.

Until Apple releases results of the investigation, it’s too early to tell whether this is an isolated incident or if Apple is about to experience its own Note 7-like catastrophe (probably not, because there would’ve been multiple cases of iPhone 7 units catching fire shortly following launch).

Be that as it may, smartphones are known to burst into flames—especially if they are damaged or have a malfunctioning component. At any rate, this isn’t the first time an iPhone has caught fire.

What’s your take on this story?