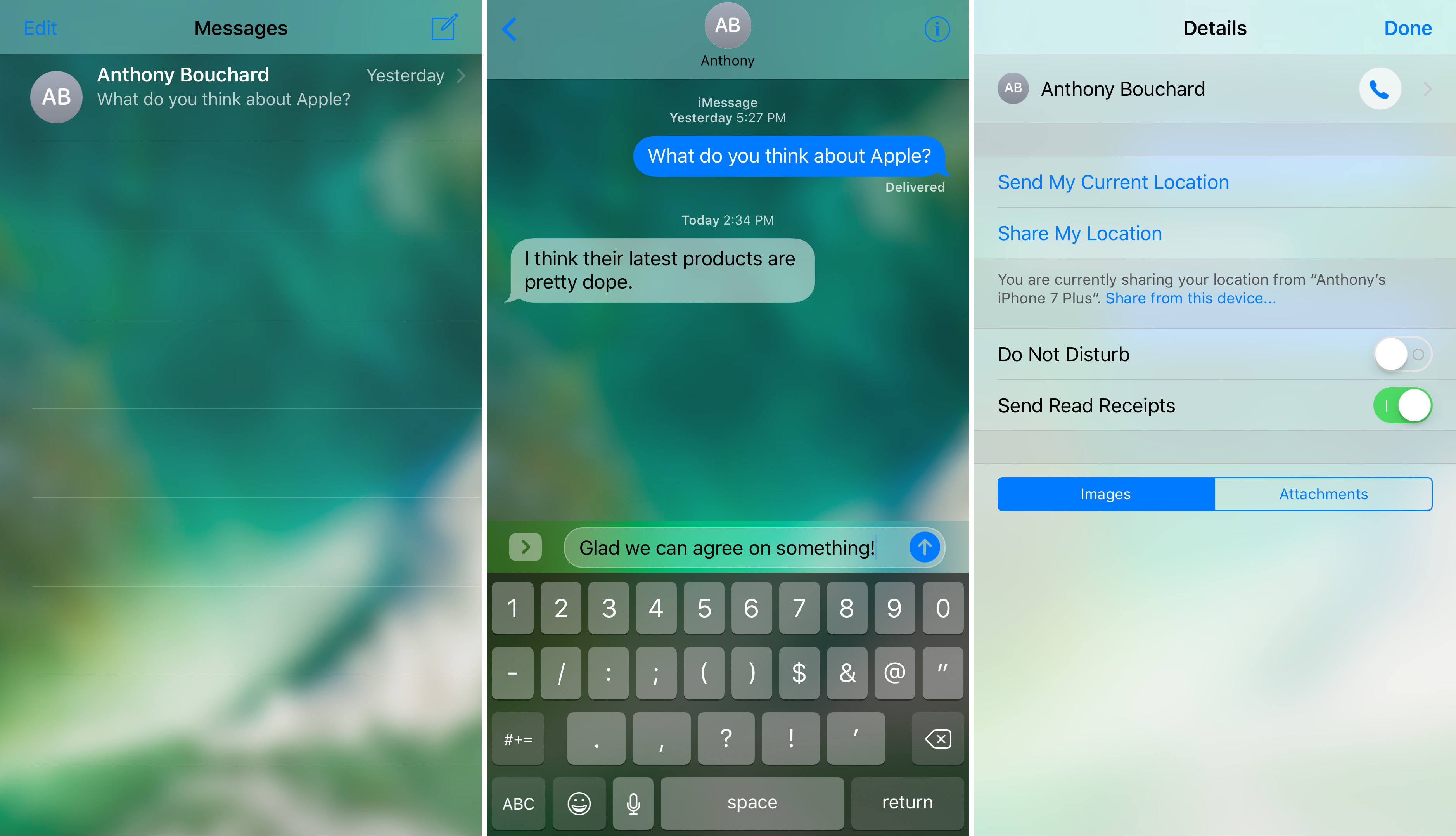 Your iPhone is a tool of communication, so you might spend a lot of your time lurking in the Messages app. As you know, it’s just as dull as almost every other stock app on your device; plain and white. Since you spend so much time in the app, why not give it a makeover that could make you enjoy using it even more?

That’s where a new free jailbreak tweak called TranslucentMessages by Ayden Panhuyzen comes in handy, as it takes what is otherwise a boring UI and gives it some fancy translucent visuals.

Everything you’ve come to know in the Messages app will continue to function how it once did before installing TranslucentMessages. The tweak simply works like a skin, changing the look and feel of the app while retaining all of its features that you enjoy most.

As you use Messages, you’ll be able to (just barely) make out any interface that was just behind it before you launched the app. In this case, it’s my Home screen wallpaper, and you can see a silhouette of it behind the app’s UI.

What’s nice about the effects is they don’t hinder the legibility of text and images at all, so if you happen to like the way the tweak looks, you can rest assured it’s not going to make reading harder on your eyes. It works great whether you’re messaging someone with iMessage or SMS, and it even looks good with stickers and images that you might send or receive in addition to text messages.

If for any reason you need to toggle the translucent effects off, the tweak adds a preferences pane to the Settings app where you can do that: 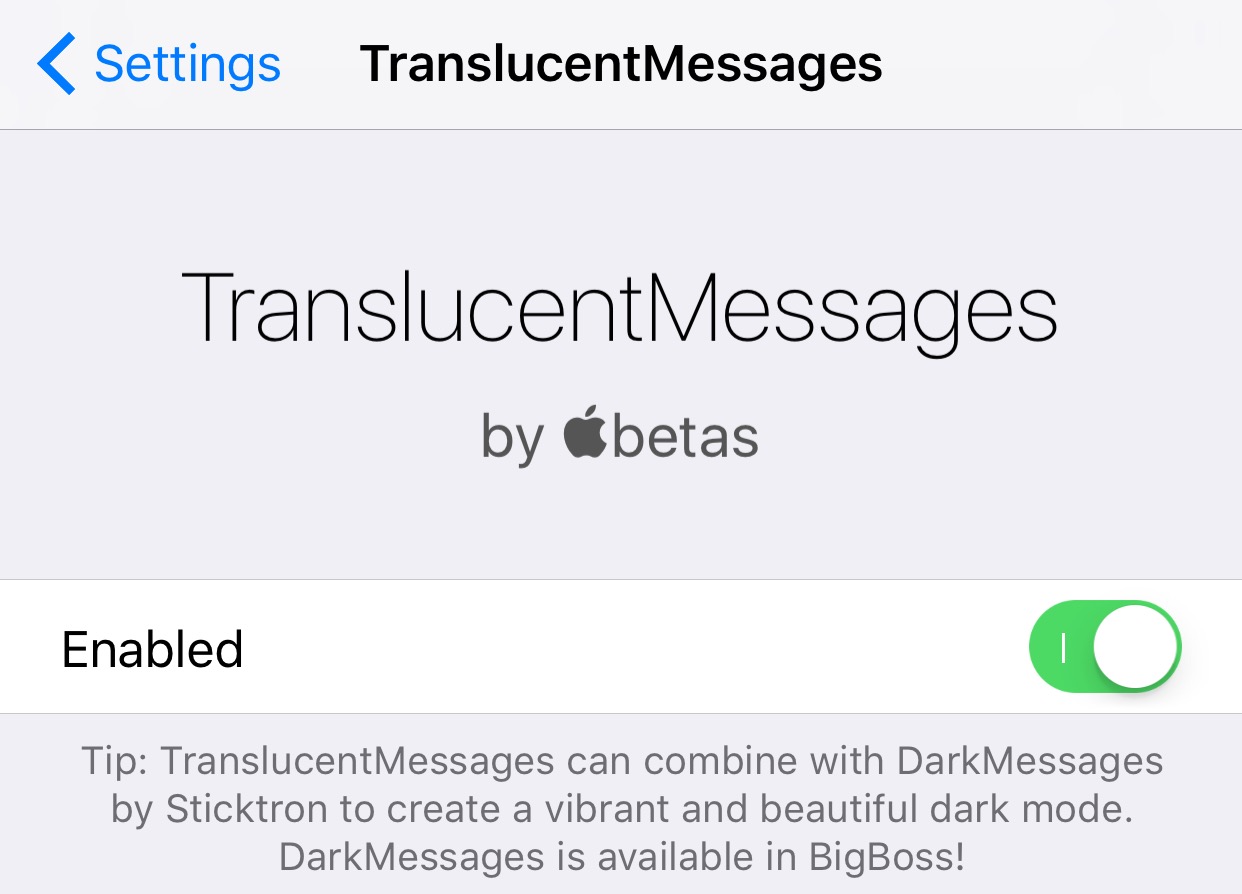 As a bonus, the developer notes that TranslucentMessages is fully compatible with DarkMessages, a tweak released at the beginning of February that adds a dark-styled theme to the Messages app. Installing both at the same time leaves you with a darkened translucent appearance, rather than a light translucent appearance. See the sample below: 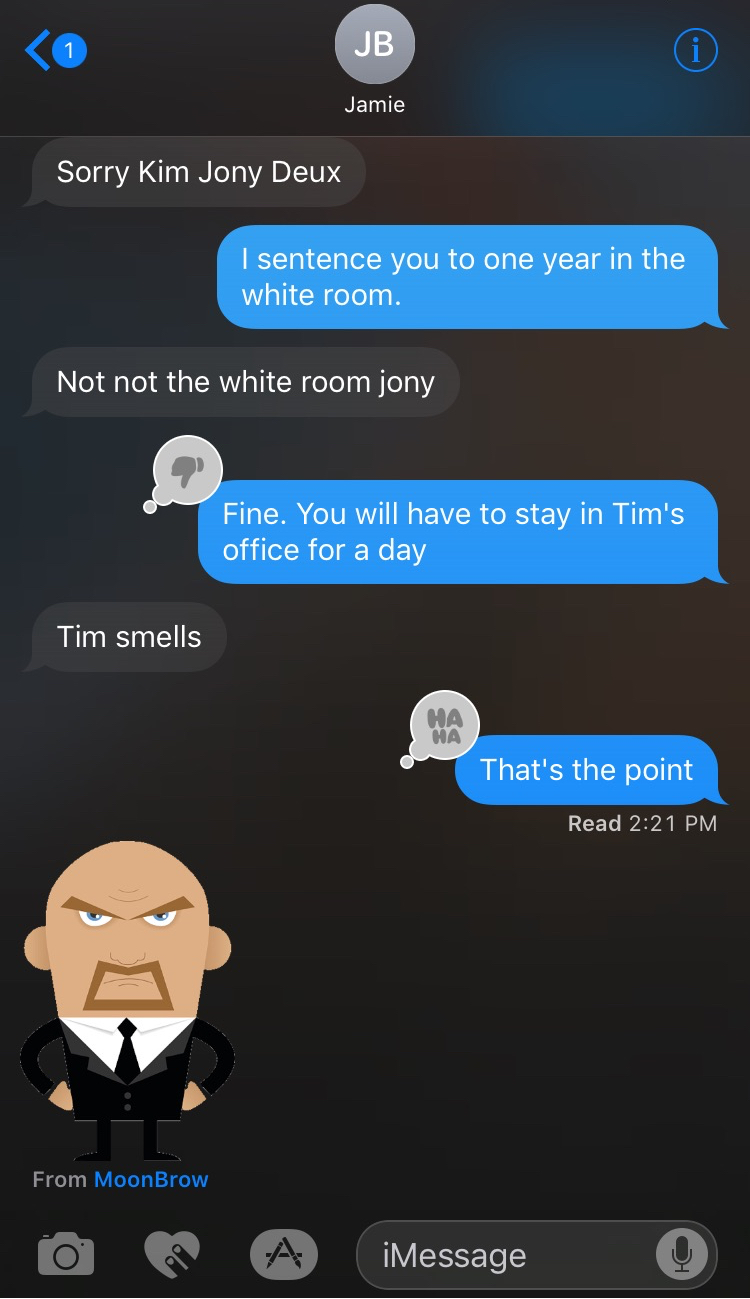 Overall, I have to admit that I really like the look and feel of TranslucentMessages. The idea certainly isn’t new, but it’s nice to see new life breathed into a popular concept for the redesigned iOS 10 Messages app, and better than ever before at that.

Will you be downloading TranslucentMessages on your jailbroken iPhone or iPad? Share in the comments below!