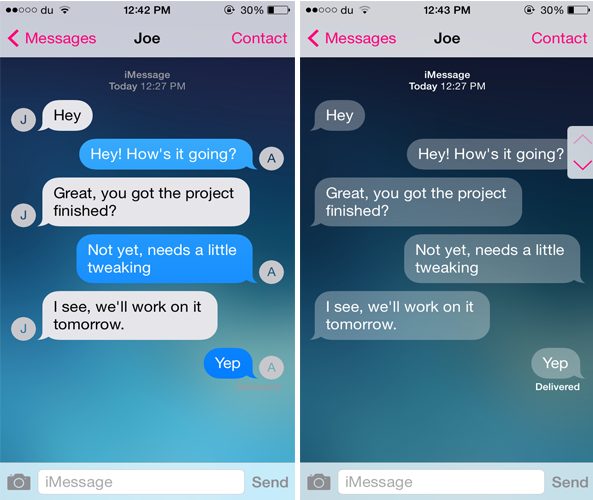 One of the many reasons that users jailbreak their iOS device is to customize it. If you’re looking for a tweak that allows you to customize the stock Messages app, you should definitely consider checking out Messages Customizer Pro.

The tweak has been produced by Charlie Hewitt, the same developer who created the Messages Customiser tweak earlier this year. The successor comes packed with additional new features and allows you to customize and theme the stock Messages app the way you want.

It offers over six different primary themes which you can choose, including: 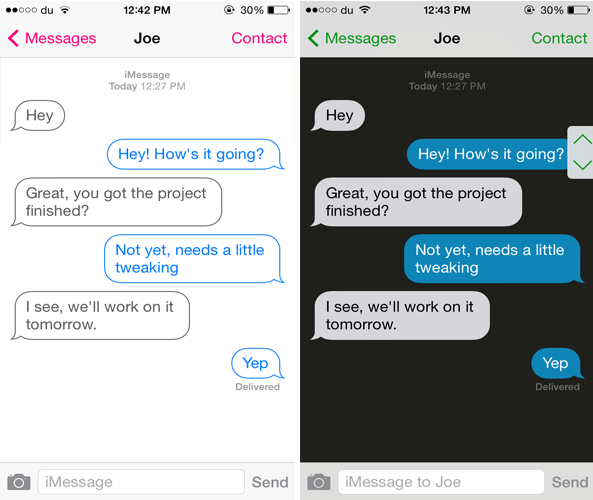 And if you don’t like any of them, you can move on to create your own theme rather than use the default ones provided by the tweak. This is one of the major differences between the paid version and the free one released months ago. The best part of this tweak is that you can set different themes to different conversations or contacts, rather than have a theme applied to all contacts. 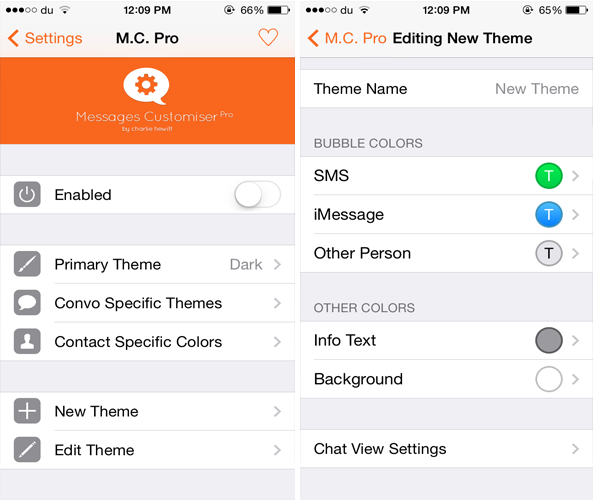 Once you install Messages Customizer Pro, you’ll find a bunch of customization options from the tweak’s preference pane. It is divided into several different sections. From there, you can enable or disable the tweak on demand, choose one of the primary themes as well as set a specific theme for individual conversations or contacts.

Just as mentioned earlier, you can ditch the default themes and create your own custom theme instead. This can be done by pressing the ‘New Theme’ button. You’ll be taken to a new page where you can customize the chat bubble colors, replace the default background of the conversation interface with a specific color, gradient, Home screen wallpaper or an image of your choice. You’ll also find a few more auxiliary features that allow you to adjust the width of the chat bubble, enable or disable bubble tails or contact pictures and much more.

Once you’re done creating your own theme, you can then choose it from the ‘Primary Theme’ section which will be applied to the Messages app right away without requiring you to kill the app and launch it again.

Other than this, the tweak also provides advanced options that let you customize the tint color of the app, show the contact pictures, enable quick switcher to easily switch back and forth between conversations and much more.

In a few words, Messages Customizer Pro is the best customization tweak that will give you a complete control over how your stock Messages app looks. My favorite feature is the quick switcher option allowing you to quickly switch between different conversations.

It works flawlessly without any issues and if you’ve been looking for a way to customize your Messages app, look no further than Messages Customizer Pro. You can purchase and install the tweak from Cydia’s BigBoss repository for $1.99.

Don’t forget to let us know what you think about the tweak in the comments section below.