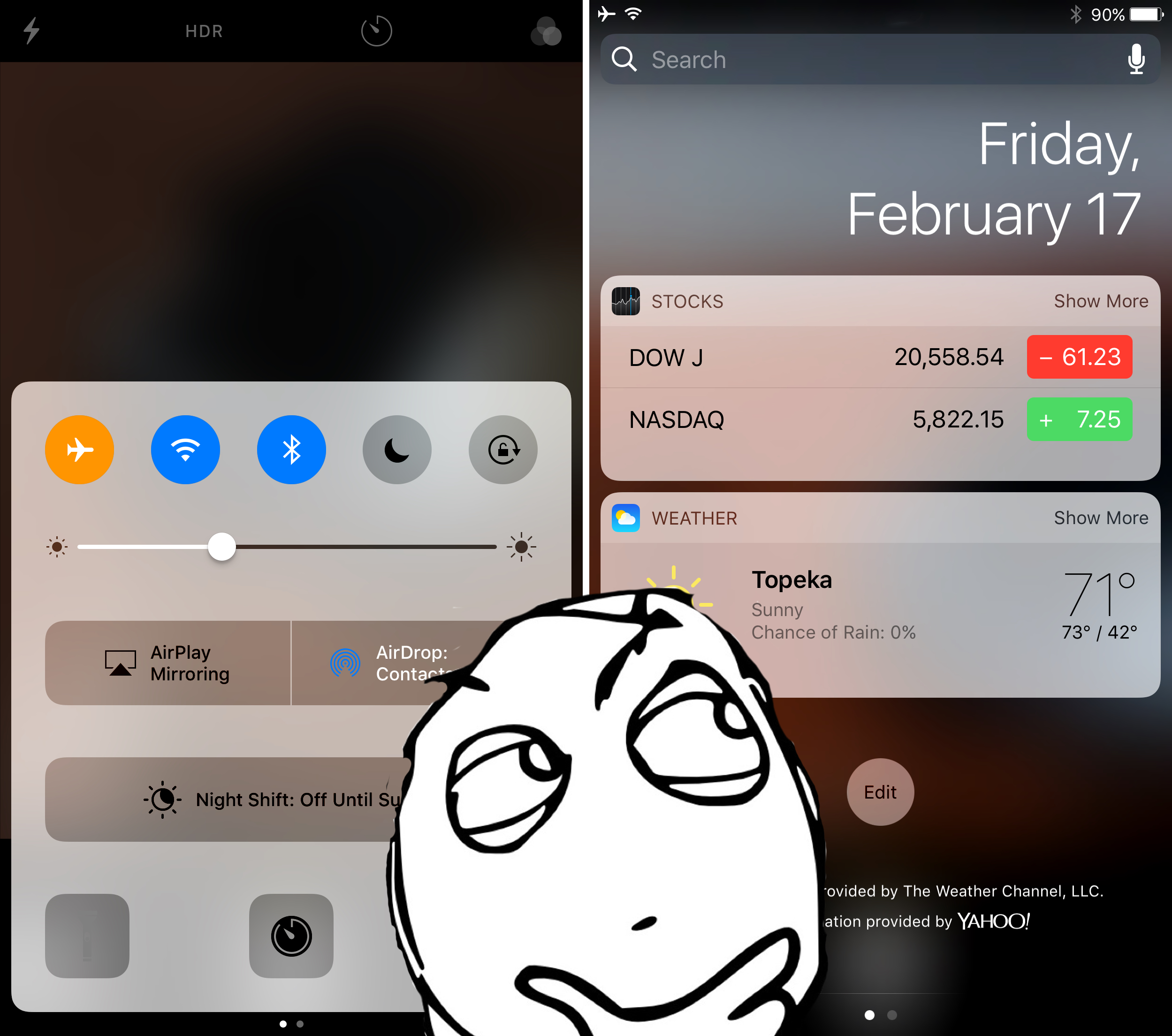 Control Center and Notification Center each can be accessed from any mobile app by swiping up from the bottom of the screen or swiping down from the top of the screen. In some apps, this gesture conflicts with the those that already exist in the app.

While Apple helps to mitigate issues by providing users with the ‘second chance grabber’ in full-screen apps, some apps still don’t play nicely because the gesture is too close to other functions in the app. Giving you more control over this matter is a new free jailbreak tweak called AccessWithinApps by Cole Cabral.

The tweak essentially allows you to choose which apps do and don’t allow you to access Control Center or Notification Center in them. By doing this, you can prevent the gestures for launching each from getting in the way of the gestures you’d normally perform in certain apps.

The tweak will add a preferences pane to the Settings app where you can pick and choose which apps you want to blacklist for Control Center and Notification Center inidividually: 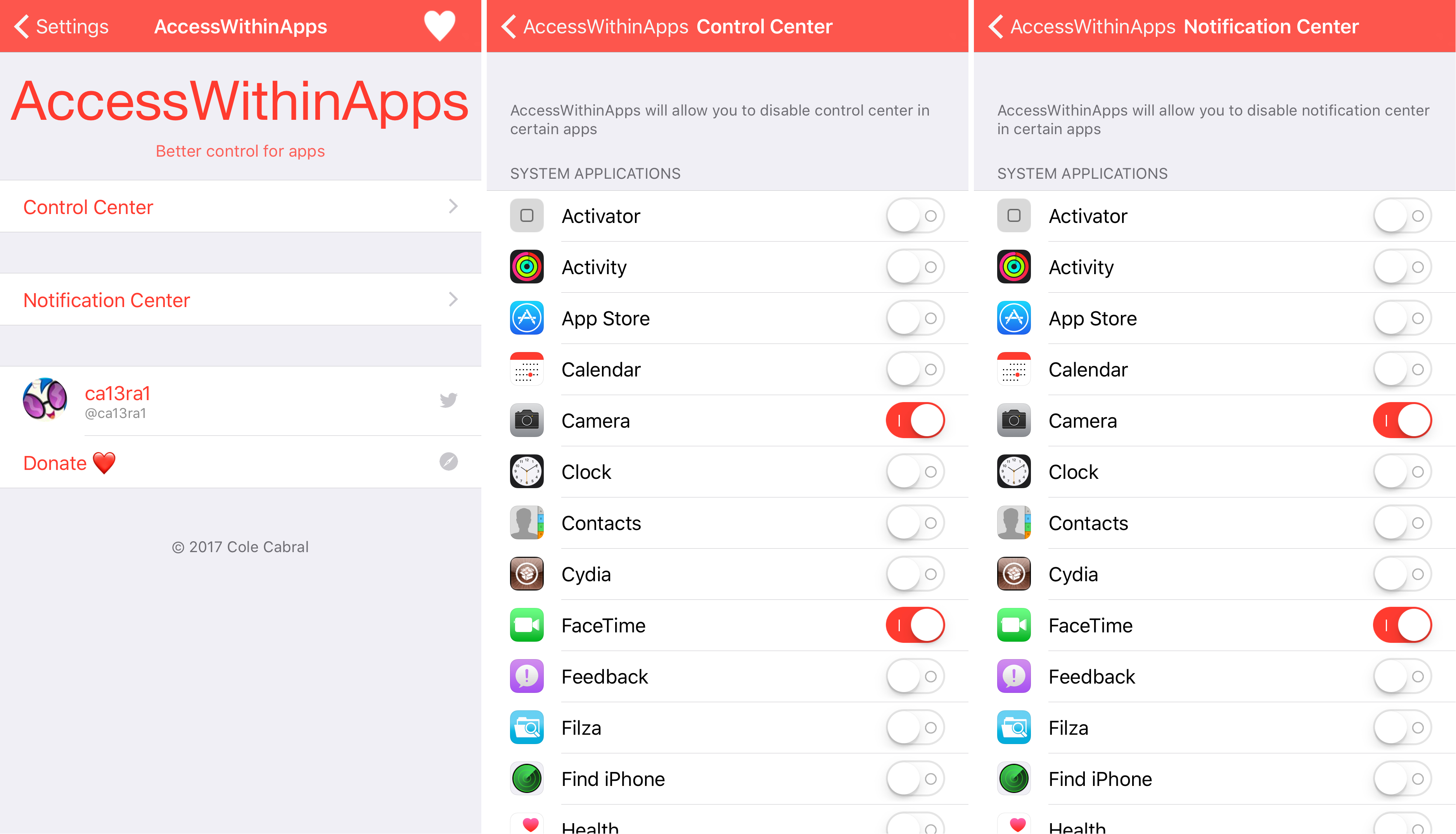 It’s particularly nice that you can disable each individually on a per-app basis because sometimes you don’t have gesture conflicts for both Control Center and Notification Center in all of your apps. In some instances, it’s just one or the other.

A great example is the Camera app, in which you have buttons at both the top and bottom of the interface. Sometimes when tapping them wrong, you might invoke the Control Center or Notification Center grabber by accident. In other cases, while trying to open Control Center or Notification Center, you might tap on the shutter button or one of the toggle buttons at the top.

The tweak will also apply greatly to the myriad of full-screen games that people download from the App Store, as these games typically have buttons around the edges of the screen too, which are often interrupted by the Control Center and Notification Center gestures, and vice-versa.

While these common mistakes don’t apply to everyone, I will say that I’m guilty of the mistakes myself and that’s why I can see this tweak being valuable for a number of people. Obviously, all apps are different and everyone has their own unique usage habits, so those who actually experience these inconveniences will see the most value in installing AccessWithinApps.

If you’re interested in trying out AccessWithinApps, you can download it for free from Cydia’s BigBoss repository today. The tweak works with both jailbroken iOS 9 and iOS 10 devices.

Do you ever find yourself invoking Control Center or Notification Center by accident while using certain apps on your iPhone or iPad? Share your experiences in the comments below.