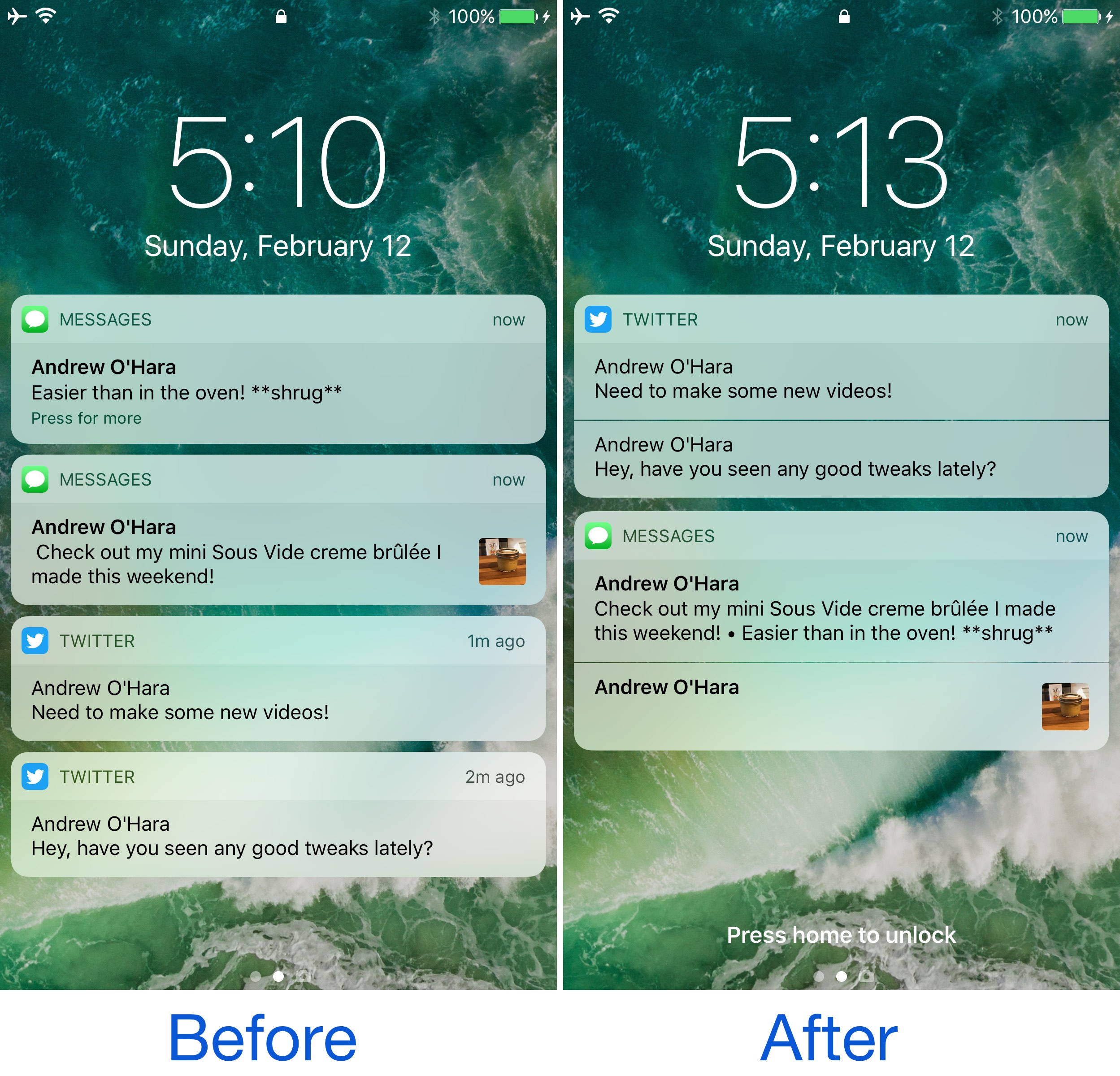 If you’re one to wake up to a ton of notifications every morning, or even if you’re a popular person during the day, then sorting through all of the notifications on your Lock screen can be nothing short of what feels like a full-time job.

Of course, a new jailbreak tweak called Unify by SpiritOfLogic helps simplify your notifications by unifying them into groups on the Lock screen and in Notification Center.

As shown above, you can see that the compressed notifications take up less room on the Lock screen, and more importantly, because iOS 10 normally only sorts notifications by time received, Unify manages to provide a much cleaner look and feel that makes your notifications seem more organized thanks to being sorted on a per-app basis.

Unify will add a preferences pane to the Settings app where you can configure the tweak’s actions to your liking:

As there are a number of settings to configure here, you can configure the way the notifications look, and also the way they behave. It’s also pretty nice that you can separate the functionality between the Lock screen and Notification Center, as this gives you the flexibility to use the tweak’s feature where you want to and nowhere else.

The chained notification settings are a little bit similar to those of a recently-released jailbreak tweak called DoNotAnnoy in that these are the kinds of actions from message senders that will invoke this part of the tweak’s functionality. On the other hand, Unify won’t mute annoying texters like DoNotAnnoy will, so it’s important not to confuse that aspect.

Overall, I would say the stock settings of Unify are pretty nice as they are, but if you want to customize it, the options are most certainly there to do so.

If you’re interested in trying Unify, you can download it from Cydia’s BigBoss repository today for $1.99. The tweak works on jailbroken iOS 10 devices only.

Do you like the idea of consolidating all alike notifications on the Lock screen and in Notification Center as shown above? Share in the comments below!