Many people take their security very seriously, especially when they’re connected to the internet and personal sharing information with apps and websites.

If you’re one of the people who likes to stay secure and you also have a jailbroken device, then you might find yourself really interested in a new free jailbreak tweak called SmartVPN by developer zyb.

The tweak essentially lets you have a more effective VPN service on your iPhone or iPad by letting you choose apps that, when launched, will toggle the VPN service on automatically. Then, when you finish using one of these apps, the VPN will shut off automatically until you open another designated app.

The idea behind this tweak is simple: to let you choose the apps that you want to be the most secure in, and while most people will jump the gun and say that they want to be secure in all their apps (hey, I don’t blame you!), not all apps work great with VPNs, so sometimes the Connect On Demand feature isn’t the best for everyone.

That said, the ability to configure your VPN to be used on a per-app basis is particularly useful, and might fit most people’s usage patterns a whole lot better.

SmartVPN adds a preferences pane to the Settings app where you can quickly and easily designate what apps your VPN service will be enabled for: 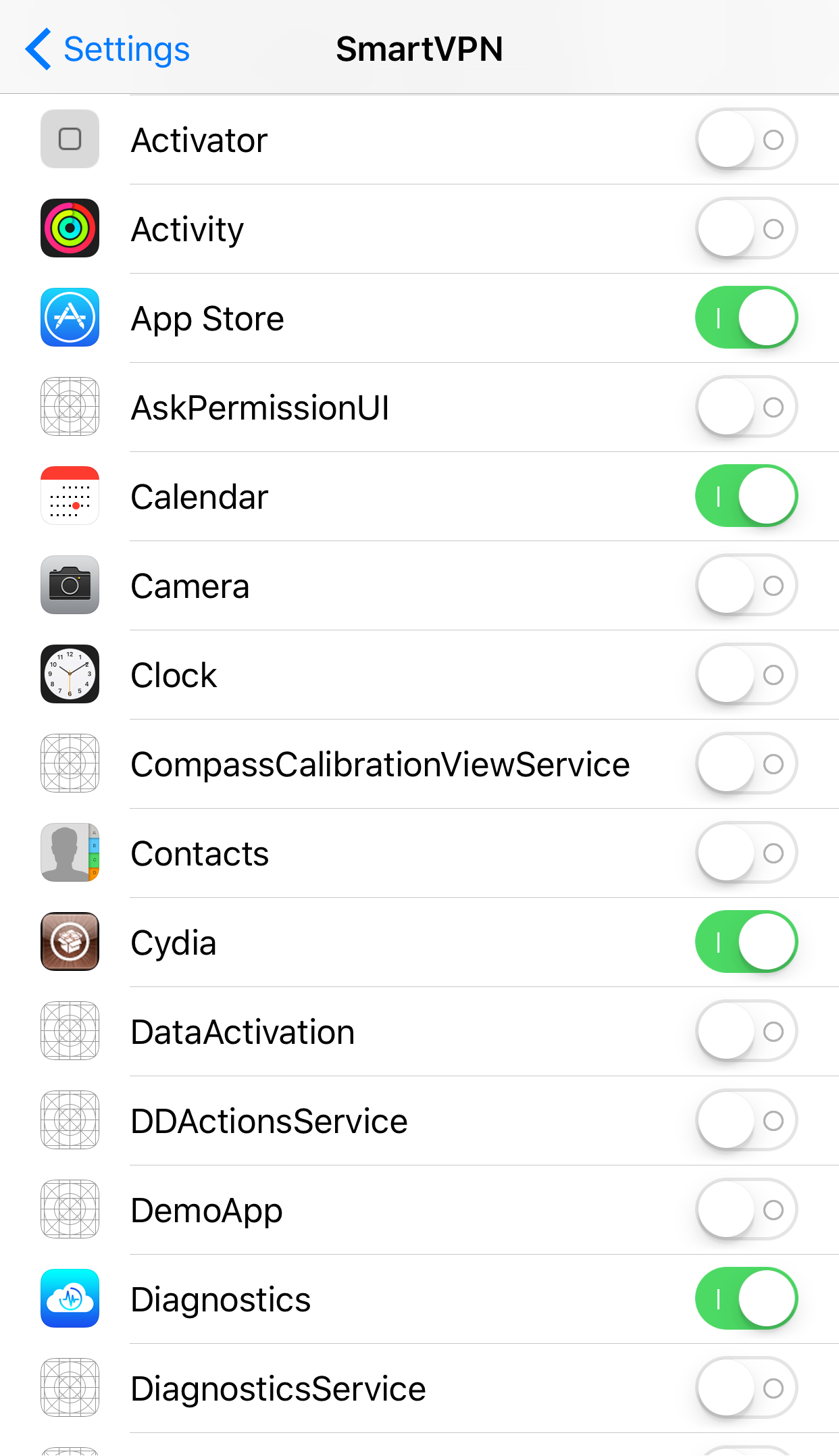 As you can see, we have the App Store and Cydia Store both turned on, so whenever we launch either of those apps, SmartVPN automatically kicks on the VPN that we have installed on our iPhone:

It’s worth noting that you need to have a VPN service configured on your device in order for SmartVPN to work. If you don’t, you can install one from the App Store, such as Private Internet Access (paid, but awesome) or Tunnel Bear (free).

Related: Why and how to use a VPN on your iOS device or Mac

If you’re interested in trying SmartVPN, you can download it for free from Cydia’s BigBoss repository right now. The tweak works on all jailbroken devices from iOS 8 to iOS 10.

What are your thoughts on SmartVPN? Share in the comments below.