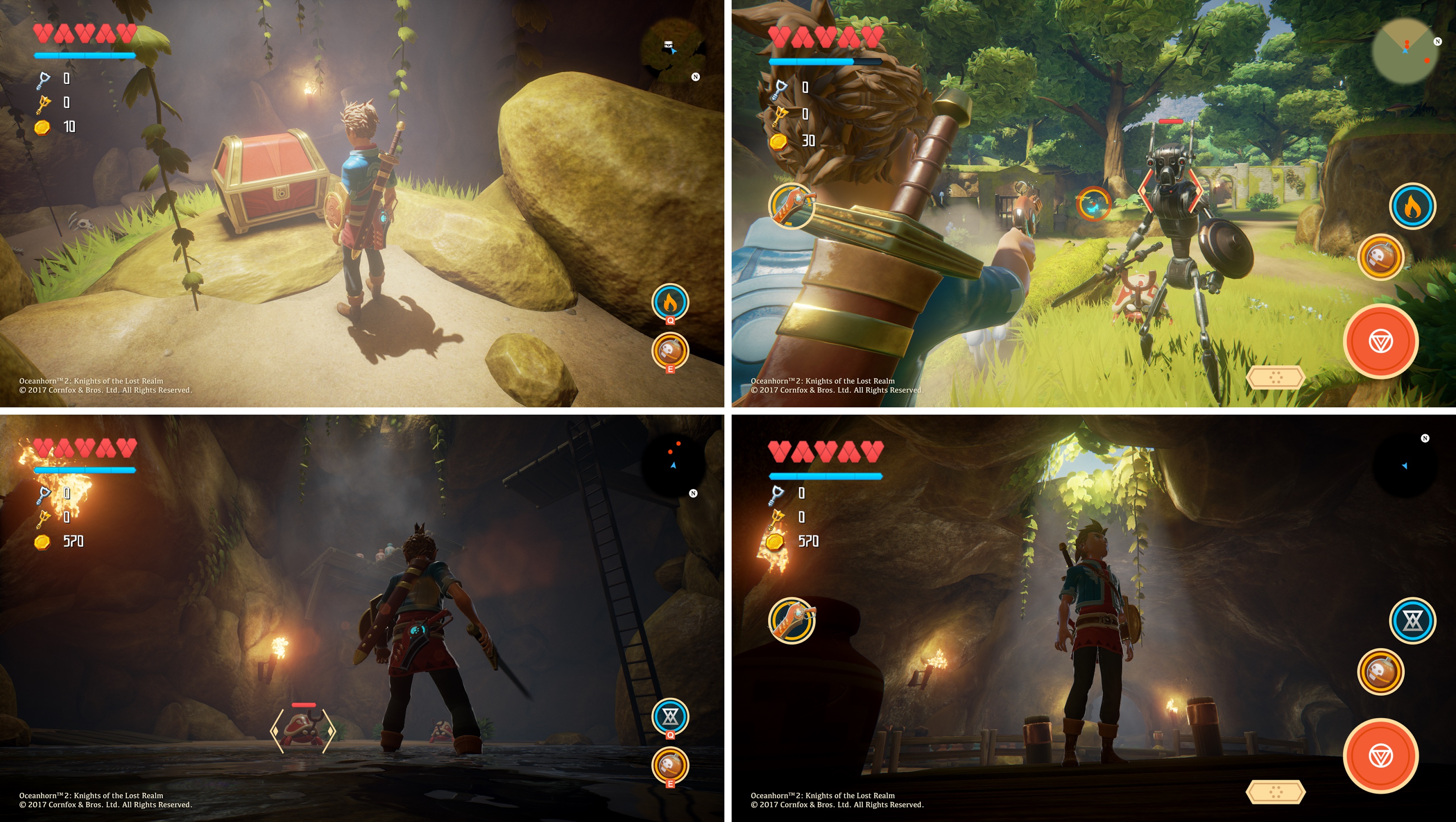 Oceanhorn: Monster of Uncharted Seas by Cornfox & Bros. is among the best-looking, Zelda-like action adventure games I’ve ever played on mobile. As we recently reported, the team is now hard at work on a sequel, titled Oceanhorn 2: Knights of the Lost Realm, which will use the praised Unreal 4 graphics engine to make porting to other platforms a lot easier.

The proprietary graphics engine from the original didn’t give the team enough flexibility nor has it allowed them to more quickly add new features so they’ve switched to arguably the most powerful game engine in the industry, developers explained.

For starters, FDG Entertainment is not involved in Oceanhorn 2 development, developers told TouchArcade.

Marking a break from the top-down isometric perspective of the original, the sequel is played from a third-person perspective so that you can explore even the smallest details of Arcadia. Developers explained why making a mobile game is a huge undertaking. 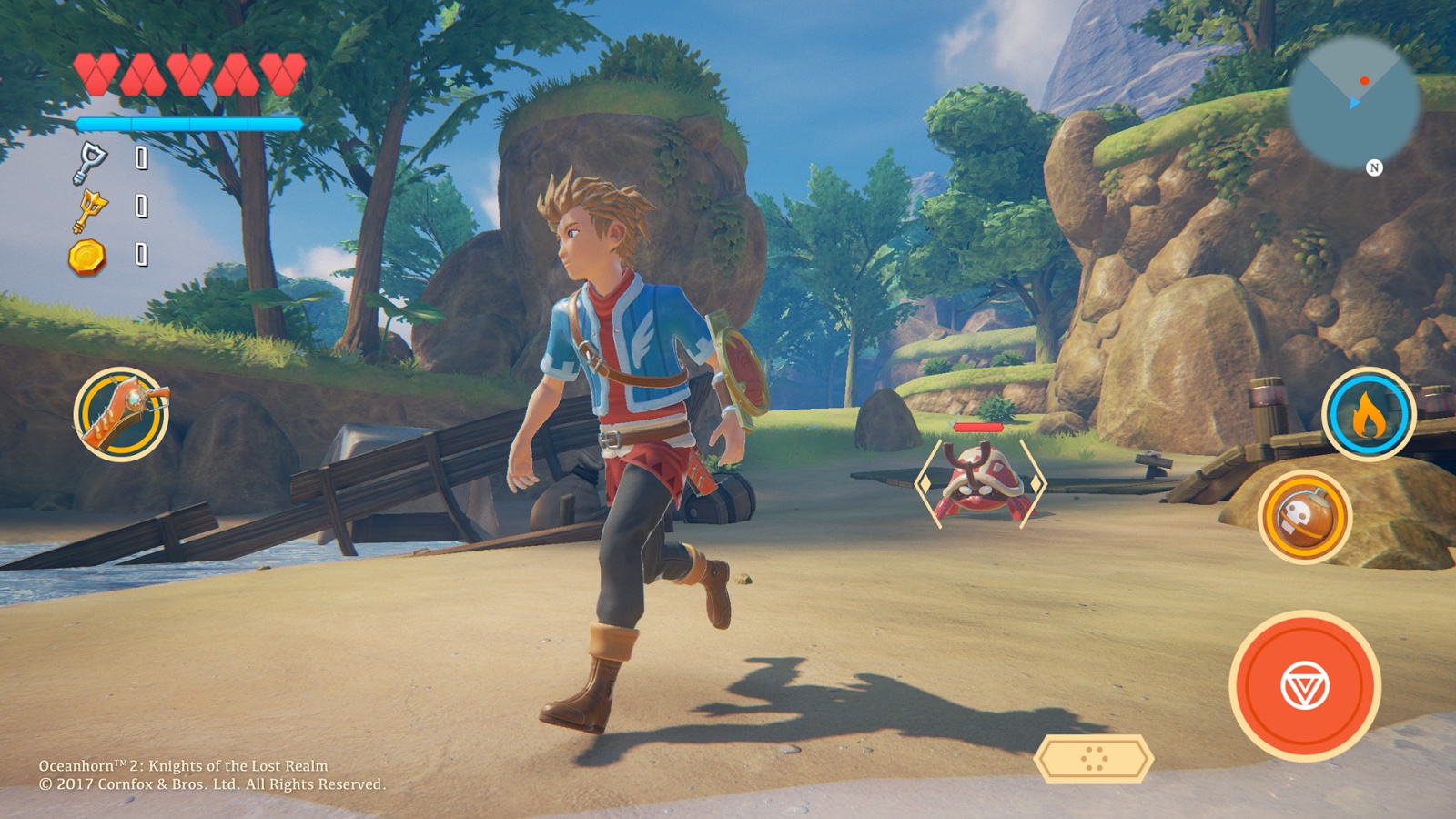 “For Oceanhorn 1 we did everything from ground up, from using a proprietary game engine, designing and developing our own full featured level editor to a highly laborious porting and upgrading work that had to be done for other platforms,” they wrote.

In order to make concurrent game development easier on mobile, high-end PCs and consoles, they’ve decided to use Epic’s Unreal Engine 4 for Oceanhorn 2.

As you can see for yourself, the artistically stylized look of the game and the visuals are simply stunning. “With Unreal Engine 4, we have hundreds of man years of video game development backing us up,” they said.

One of the highlights of Oceanhorn 2 is a gun that shoots magical projectiles, which lets you solve puzzles, lure enemies and cast directed spells.

“Our battle system consists of sword fighting, utilizing powerful spells and finding creative ways to use various items that Hero discovers on his travels,” developers said.

Oceanhorn 2 will feature a vast world map littered with fields, forests, mountains, water, towns and dungeons. The game’s been in development for little over a year now so we’ll be making sure to tell you more about it as additional details emerge. 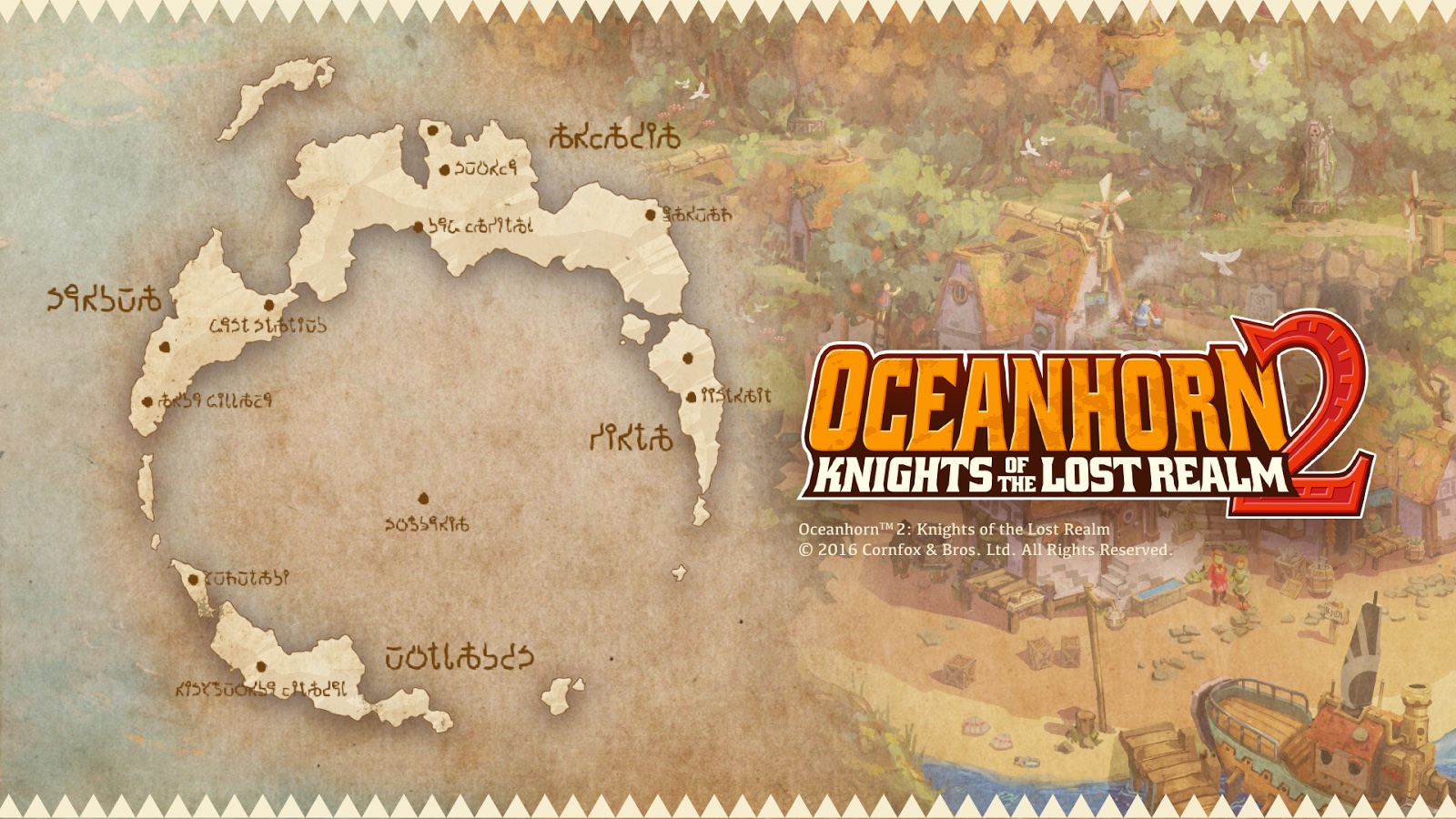 The original Oceanhorn game takes full advantage of the power of the latest iPhone 7 and iPhone 7 Plus smartphones and includes a new Power Boost feature at your disposal that you can turn on for smoother frame rates at the expense of battery life.

The original Oceanhorn game is $5.99 on the App Store.