When the original iPhone launched ten years ago, it instantly captivated audiences with its smooth implementation of the multi-touch user interface and attention to detail like rubber band scrolling, which continues to scroll content after your finger has stopped moving, until it gradually comes to a halt.

Also known as inertial scrolling, this feature eventually made its way into macOS to support Mac computers with a multi-touch trackpad or Magic Mouse. Since this behavior may not appeal to everyone, we’ve put together this quick tutorial to teach you how to disable inertial scrolling with just a few clicks.

How to disable inertial scrolling on Mac

2) Click the Accessibility icon in the System Preferences window. 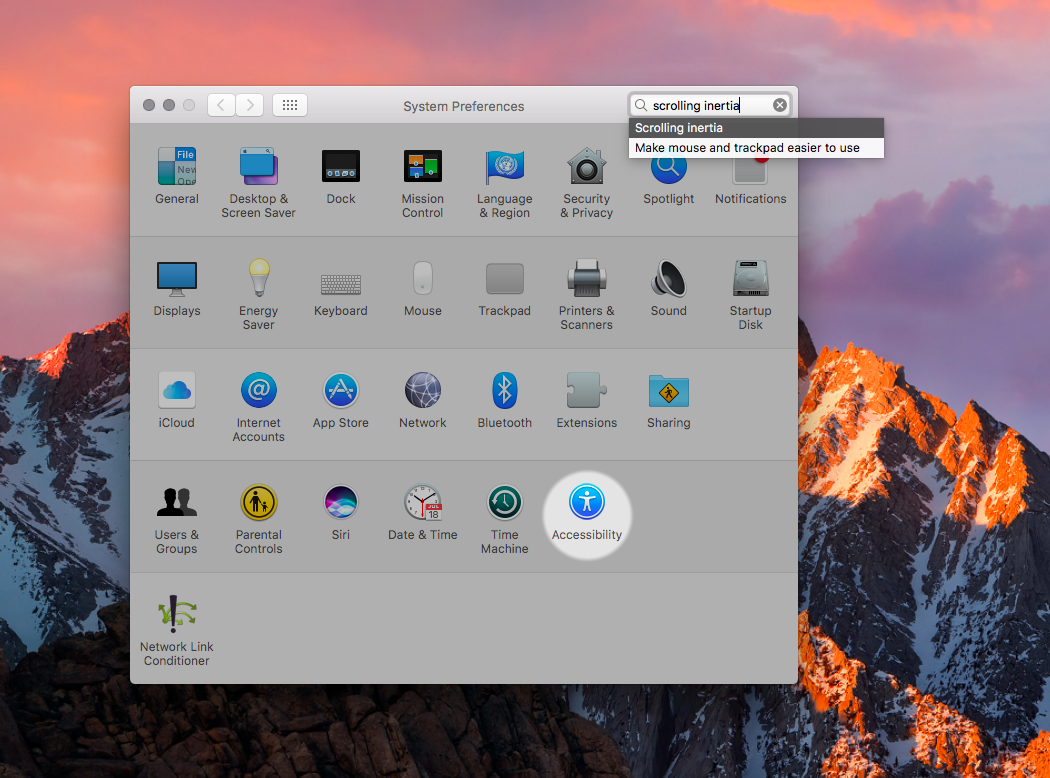 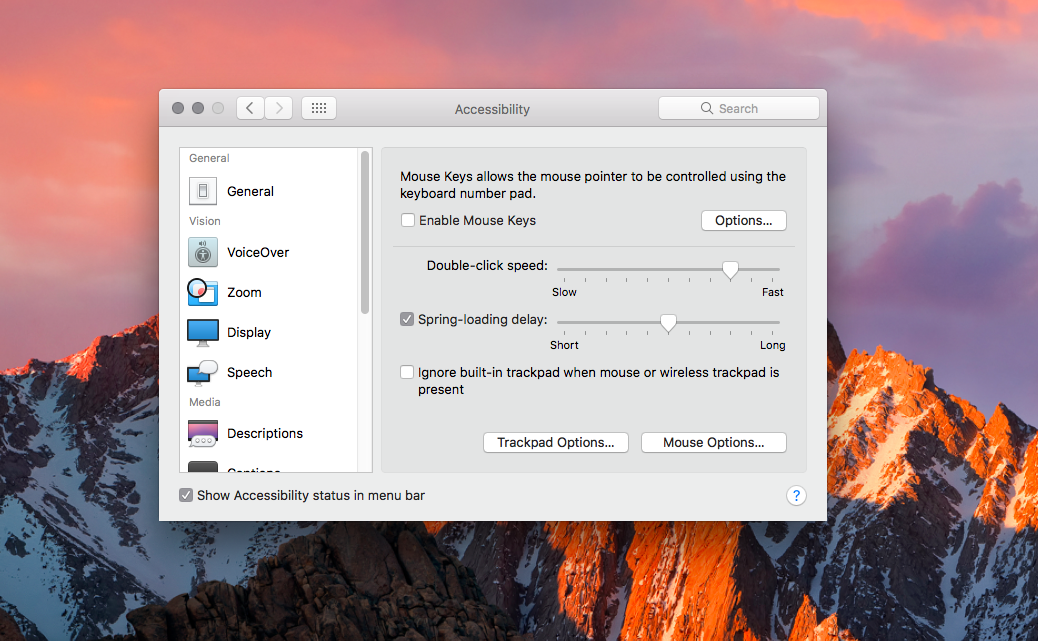 Tip: If you prefer Apple’s multi-touch based Magic Mouse over your Mac’s built-in trackpad or Magic Trackpad, click Mouse Options instead.

5) Click the popup menu next to Scrolling, then make your choice for what happens when you lift your finger from the mouse or the trackpad: 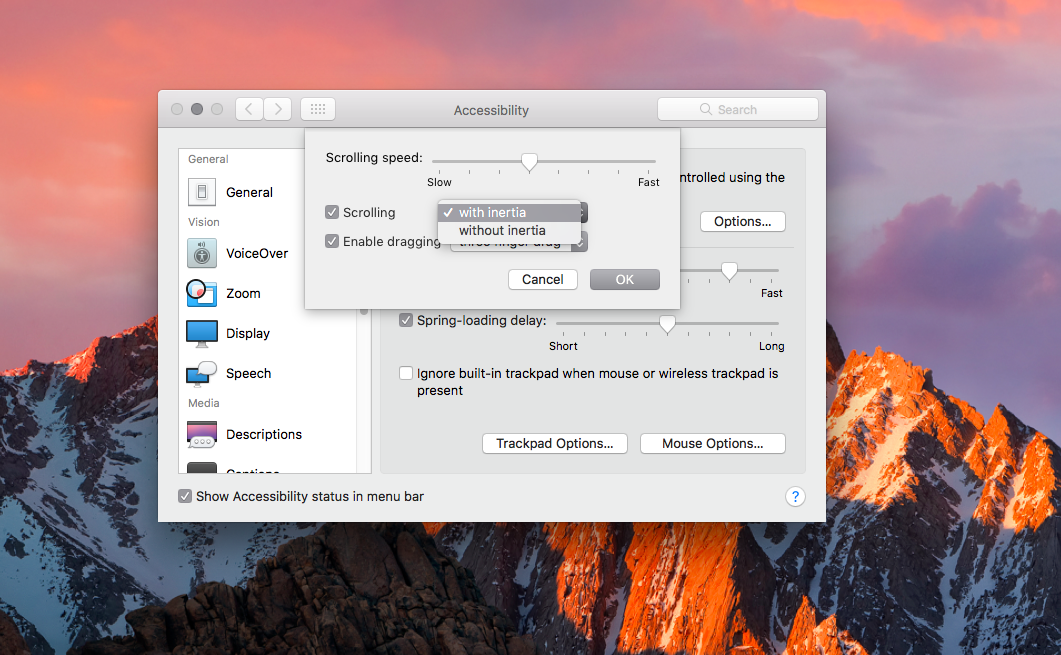 Tip: Drag the slider labeled Scrolling Speed to adjust the speed at which you scroll through documents and windows using the trackpad.

To turn scrolling off, untick the box next to “Scrolling”.

7) Close out System Preferences to save and apply the changes.

Disabling inertial scrolling makes content manipulation on your Mac akin to Windows PCs in that content stops scrolling right after your finger has stopped moving on a trackpad or Magic Mouse. Mice that have a scroll wheel or lack a multi-touch surface like that found on Magic Mouse don’t support inertial scrolling on macOS.

RELATED: How to enable three finger drag gesture in macOS

Walter Isaacson’s authorized biography of Steve Jobs claims that inertial scrolling for multi-touch screens was created by Apple’s interface designer Bas Ording. Realizing the importance of inertial scrolling, Jobs warned Samsung not to rip off the feature as it quickly became a lovable part of the original iPhone software and, later, of macOS.

On macOS Snow Leopard 10.6, inertial scrolling is known as “scrolling with momentum”. It can be found under the Trackpad & Mouse preference pane.

On macOS Lion onward, the feature was renamed to “inertia scrolling”.

Have you tried disabling inertial scrolling? Do it now to remind yourself of the pre-iPhone days, then come back here to share your thoughts with fellow readers in the comments.