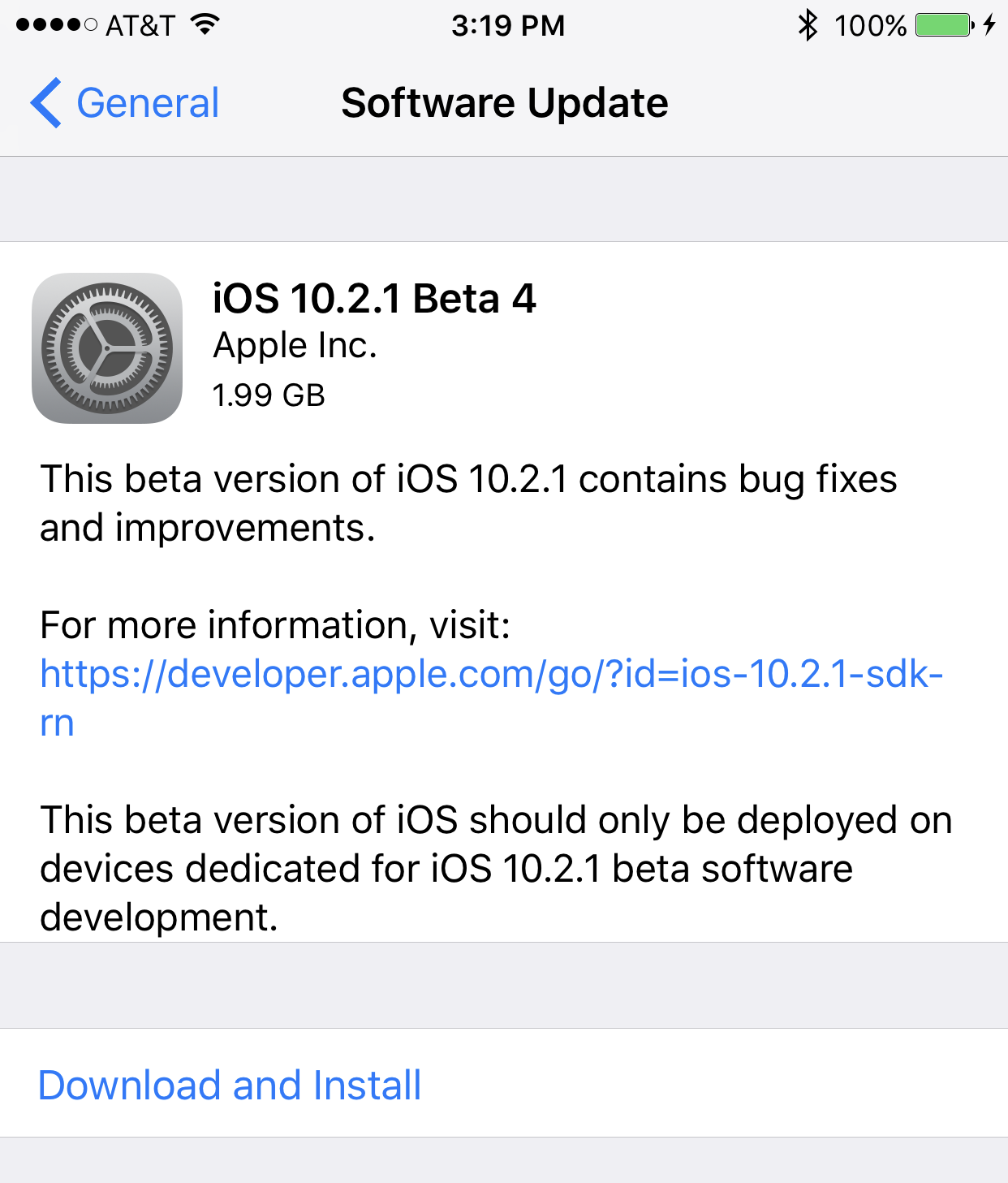 Apple on Thursday seeded iOS 10.2.1 beta 4 to developers. Registered developers and public testers can install the update either via iOS 10’s OTA mechanism, or as a standalone download via Apple’s website.

The release comes a few hours after Apple issued the fourth beta of macOS Sierra 10.12.3, and just a few days after beta 3 was seeded for both platforms, suggesting that they are nearing closer to public launch.

We have yet to see any user-facing changes in the iOS 10.2.1 betas, and given the release notes and version number, we probably won’t. This is likely a minor update with mostly under-the-hood improvements.

If you are looking for new features, Apple released iOS 10.2 a month ago with new emoji, widgets, wallpapers and more, and rumor has it iOS 10.3 is in the works with an all-new Theater Mode CC toggle.