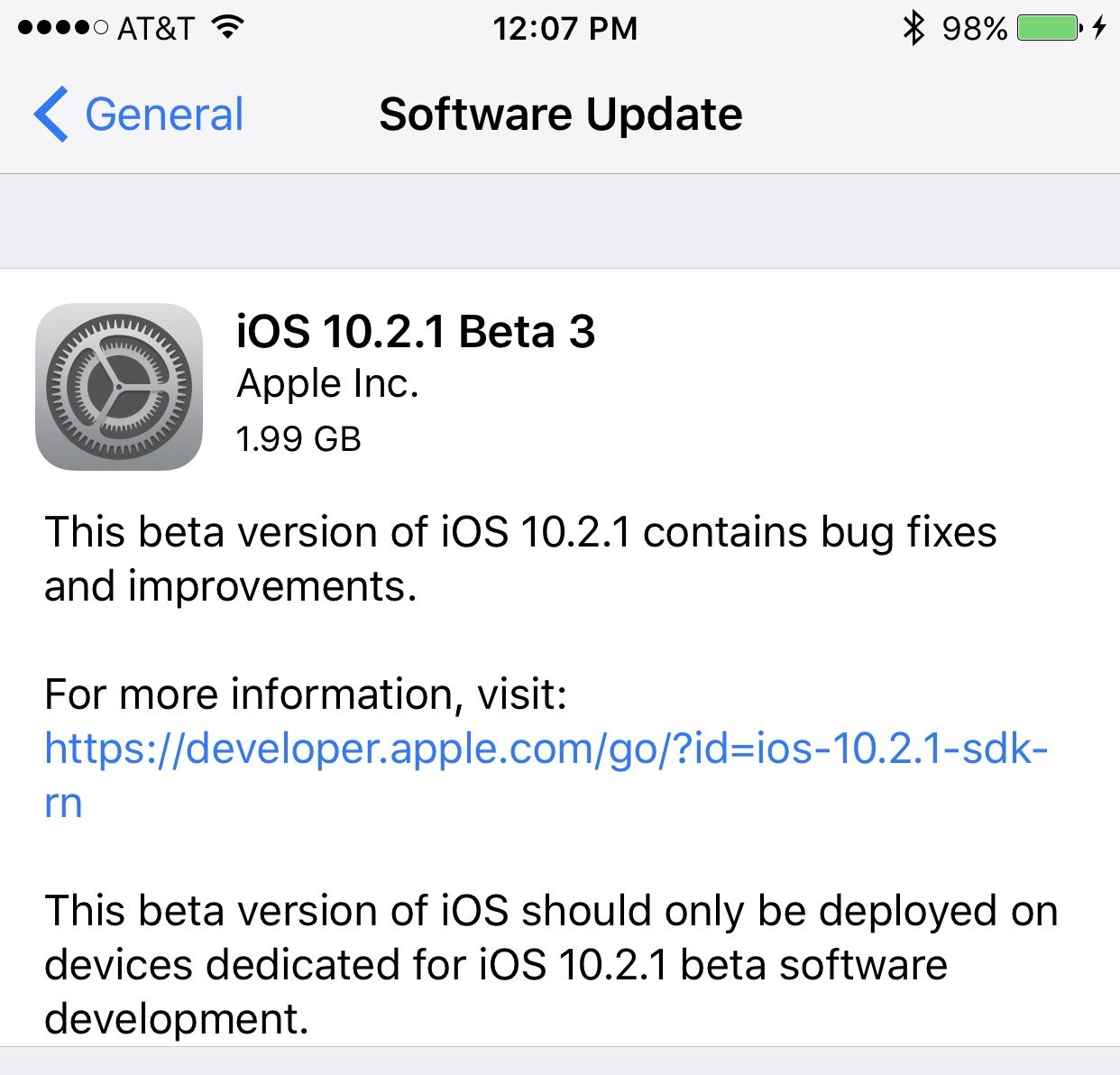 The latest builds can be installed over-the-air via the Software Update mechanism on devices that have an appropriate configuration profile installed on them.

The new builds have arrived nearly three weeks after a second beta of iOS 10.2.1 and macOS Sierra 10.12.3 released to registered developers.

The initial betas were released on December 14, followed by beta 2 a week later. OS betas can also be installed via Apple’s Developer Center.

We’ll update the post with any changes in the latest betas and highlight new outward-facing user features if and when they are discovered.