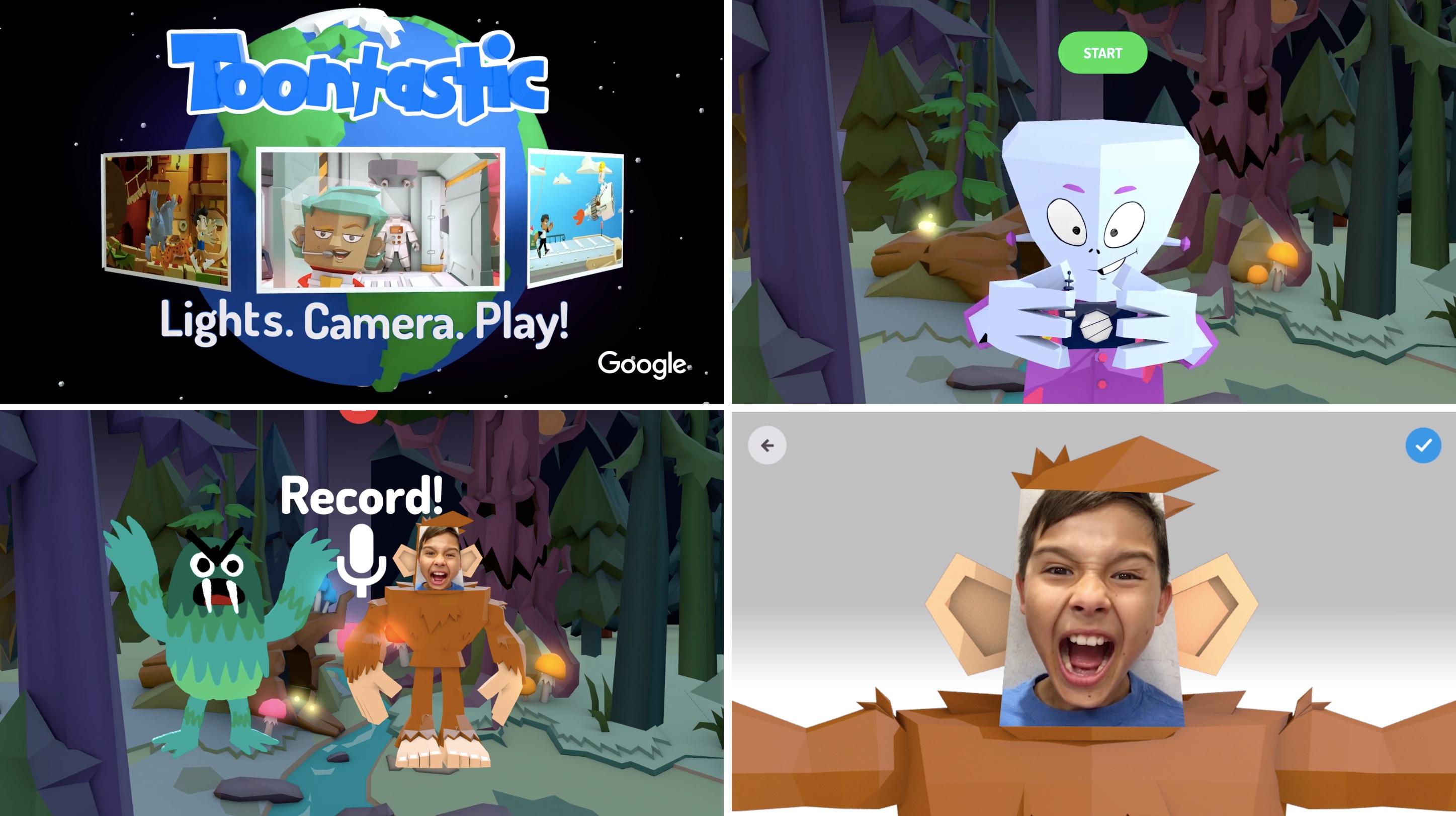 Google today launched a new education-focused apps aimed at kids aged 6-8 years old, called Toontastic 3D. With this app, your youngsters can draw, animate and narrate their own cartoons. The concept and game mechanics are easy to grasp so your kids should feel right at home. They simply move their characters around onscreen to tell their story. The app records their voice and animations and stores content on their device as a video.

Similar to the original Toontastic app released back in 2011, Toontastic 3D lets your junior build whatever he or she likes, including book or science reports for school, design pitches, short stories and cartoons.

In Google’s own words, Toontastic 3D is “a giant toy box chock full of swashbuckling pirates, transforming robots, nefarious villains, and many more characters and settings to spark kids’ imaginations.”

Check out Toontastic 3D in action in the promotional video below.

Kids can use custom colored characters or design their own ones with 3D drawing tools, take selfies to add their faces to adventures, mix their own soundtrack with dozens of built-in songs and more.

Grab Toontastic 3D at no charge from App Store.