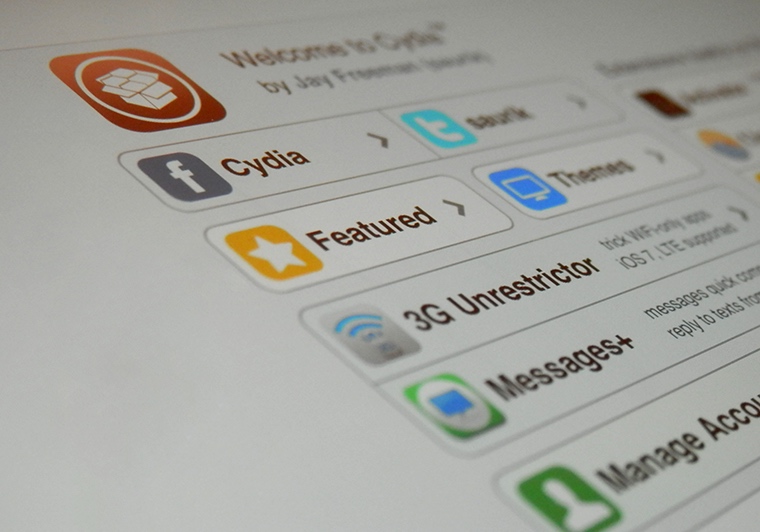 Yesterday, we shared our fullest opinion of why you should avoid jailbreaking with Luca Todesco’s beta jailbreak for iOS 10 until it’s out of its beta stages, but for those who’ve went ahead with it anyway because nostalgia got the best of them, there’s another difficult choice to make…

In this piece, I will attempt to eliminate some of the confusion about why Cydia Substrate is disabled by default and why you should avoid installing these third-party “fixes” to get around it.

Why Cydia Substrate is disabled by default

Assuming you’ve ignored all the advice from us and from Luca Todesco himself, and jailbroke your iOS 10 device with the Yalu beta jailbreak anyways, then you’ve probably noticed Cydia Substrate isn’t working by default.

Todesco has disabled Cydia Substrate to discourage users from using jailbreak tweaks at this point in time. And why? The reason is so simple… the jailbreak is in beta. Even Cydia itself for iOS 10 is in beta.

While in these preliminary release stages, the jailbreak is considered “glitchy” and “unstable,” which means installing one piece of bad software, such as a potentially poorly-coded jailbreak tweak or extension from Cydia, could put your device into a fritz.

Because Apple stopped signing iOS 10.1.1, you really don’t want your device to spaz out if you can help it. If it does, you might be forced to restore it back to iOS 10.2, which means you might lose your jailbreak opportunity for iOS 10 unless Todesco follows through with the iOS 10.2 support he teased in a future version of Yalu.

Of course, even if iOS 10.2 support gets added in an update for the jailbreak tool, Todesco has made it perfectly clear that the iPhone 7 and iPhone 7 Plus won’t be supported on iOS 10.2 because of security restraints, so even then, only certain devices would be able to jailbreak again if they were forced to upgrade due to a small mistake.

So now that we’ve got that out of the way, you should have the gist of why Cydia Substrate is disabled in the first place. However, thanks to a few developers in the jailbreak community who think they know better than Todesco, patches to get around these safety measures are being released for the public, and we’ve got a few reasons as to why that’s not a good thing for the community at all.

True fixes? Or a recipe to break future updates?

I don’t want to mention any names of the developers who’ve published these patches, simply because I think doing so is disrespectful, but these patches have been released by way of third-party repositories in Cydia.

You won’t find them in the default repositories, like BigBoss and ModMyi, and so you really have to go out of your way to find them. That said, if you’ve stumbled upon it already, and you know exactly what you were doing if you have, you may want to reconsider installing it…

Todesco and Saurik both have taken time out of their busy day to explain that installing these patches is potentially unsafe because they modify bits and pieces of your jailbroken software in ways that may break future updates to the Yalu jailbreak.

Keep in mind that when a jailbreak tool follows a specific process to update and modify system files, it does so in a systematic way and looks specifically for certain files and overwrites them with the latest changes. When you install something that modifies these files, the updated tool may have trouble finding the files it needs to modify, so it could stall out mid-process and have a “duh” moment in the middle of updating your files, which is potentially hazardous.

*Cough* Can anyone say boot loops or Apple logo of death? *Cough…*

While Saurik is partially confident that you can use No Substrate Mode to evacuate yourself from some of the errors that could occur while using the patched Cydia Substrate and an incompatible jailbreak tweak simultaneously, the fact remains that if a jailbreak update goes wrong mid-process, such a ‘safe mode’ isn’t going to be an effective way around the problem.

Realistically, if you want the jailbreak so bad, then why gamble with the potential that things could go wrong in the first place?

If it worked, it wouldn’t be disabled

It simply makes sense for me to state the obvious in that if everything worked as expected, then Todesco and Saurik would have no reason to disable Cydia Susbtrate or to bash the patches that side-step their security measures. The fact of the matter is these two are veterans of the jailbreak community and they know what they’re talking about.

Saurik is the creator of Cydia; he’s been around since day one. If he says something isn’t worth the trouble, then we at iDB have to back him up. While Todesco, on the other hand, may not be as long with the community as Saurik is, he’s still the driving force behind this entire Yalu iOS 10 jailbreak. Since he designed it, he knows the most about it, and when he says to avoid something, that’s another red flag that should speak volumes to you.

These types of patches that go against the word of the wise are bad for the entire jailbreak community because they do nothing but drive more novice jailbreak users to jump to the jailbreak that, in its current stages, is really only meant only for experienced developers.

Those who aren’t as experienced may run into a problem while using these kinds of software patches, and unfortunately the only answer they’re going to get is, “well, we told you so.”

Some people may be using the iOS 10 Cydia Substrate patch with no problems right now, but since the problems are most likely to appear when a jailbreak update comes out with bug fixes and support for iOS 10.2 in the future, there’s no telling what might happen at this point in time because such an update hasn’t been released just yet. Realistically, only time will tell.

Just hold off for now… seriously

Given that casual jailbreakers really shouldn’t even be jailbreaking iOS 10 right now with the current state of the tool, the best predicament for you to be in is to have an iOS 10.1.1 device sitting quietly on a shelf somewhere so it’s ready when the public stable jailbreak for iOS 10 finally drops.

If you jailbroke your iOS 10 device already, that’s cool… but seriously, hold your horses. Don’t install anything you might regret later, because you want to secure your jailbreak to ensure it doesn’t crash on you when the next update comes out.

The last thing you want to happen is for your jailbreak on iOS 10 to fail when everyone else starts jailbreaking their devices. If it does, you’ll be one unhappy camper and you’ll join the slew of commenters that are currently saying, “I miss my JB” in every tweak post.

There’s no reason to rush, as most jailbreak developers haven’t even updated their tweaks for iOS 10 just yet and hardly any iOS 10 jailbreak tweaks have even seen the light at this point in time. It’s best to wait until the light turns green before you dive into a new generation of jailbreaking.