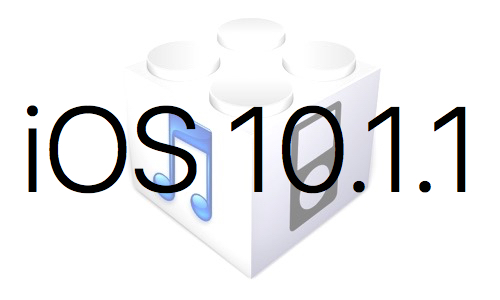 Apple has stopped signing iOS 10.1 and 10.1.1 on Tuesday in a move that’s sure to choke the jailbreak community a little bit further. It’s typical of Apple to follow this kind of behavior after a new firmware release, so it’s not surprising this would happen as iOS 10.2 was released just over a week ago.

With the firmware no longer being signed, downgrades to iOS 10.1.1 are currently no longer possible, so if you’ve upgraded to iOS 10.2 recently or need to do a fresh restore of iOS 10.1.1 in iTunes, then you’re out of luck.

Anyone who’s been following the recent jailbreak hubbub knows iOS 10.2 is quite secure in comparison to iOS 10.1.x, as indicated by iOS hacker Luca Todesco in recent Tweets.

Rumors have been circulating that an iOS 10.1.1 jailbreak is imminent, however there have not yet been any leads on who will be releasing such a jailbreak or when it may see the light.

As a result of these rumors, it was advised throughout the past week that avid jailbreakers make the hard decision between keeping their iOS 9 jailbreak or upgrading to iOS 10.1.1 in the hopes of a future jailbreak release. Many did make the faithful jump, but now many others are forced to stay at iOS 9 if they want to keep their jailbreaks.

We also shared a way to downgrade from iOS 10.2 to iOS 10.1.1 when it was still possible to prepare for a possible jailbreak release, but because of Apple no longer signing iOS 10.1.1 as of today, it can no longer be accomplished.

Fortunately, a new solution regarding .shsh2 blobs might hold the key to future firmware downgrades, whether Apple is signing the firmware or not. The tool that lets you save them is up and running, however there’s not yet a way to utilize them at this point in time. An upcoming tool dubbed Promethius may be the key to working this kind of magic on your iOS devices, but it’s not out yet.

The likelihood that iOS 10.2 will be jailbroken along with iOS 10.1.1 isn’t very high, but even it were, Apple is already working on iOS 10.2.1 and future firmware versions, which would likely thwart additional efforts with additional security fixes.

Hopefully everyone that was anticipating an iOS 10 jailbreak jumped aboard the iOS 10.1.1 ship while they had the chance, because that’s appearing to be the best hope for a jailbreak on iOS 10 right now.

If you missed your chance… well, better luck next time!

Were you able to downgrade or upgrade to iOS 10.1.1 in time before Apple stopped signing it? Share in the comments below!