There is no debate that a large contingent on the internet has been holding out for less Pokémon Go news in 2017, but it is equally clear that this sentiment will not be echoed by the people at Niantic. No matter the side of the fence you are on, the fact that Pokemon Go is hands down one of the most successful apps in the history of the App Store (breaking first-week download and revenue records) is a big deal, and the augmented reality laced game will continue to rake in millions of users and dollars in the year ahead. It’s not all rosy though, as the daily player count is continuously pointing south and engagement data crumbling.

As much as this is Niantic’s battle to fight, Apple too has a vested interest in the preservation of Pokemon Go’s winning streak and will want to benefit financially from the game throughout the current fiscal year. The question both business entities therefore are going to have to find answers to is what’s next for Pokémon Go strategically, and what is Apple’s role in facilitating Niantic’s continued success with the app? Not so much content wise but rather in terms of product strategy, I have sized up a few moves that Niantic, The Pokémon Company and Apple could have up their sleeves over the next 12 months.

Based off what we have seen Niantic do so far in the wake of the release, more likely than not a fair bit of their strategy is going to carry over to the new year. Aside from the predictable elements, it is of course conjecture to forecast what else is in store, but there sure are better and worse guesses. The first major fork in Niantic’s product roadmap for Pokémon Go has been reached in December, when the game finally landed on Apple Watch.

It is too early to tell the impact of that on daily revenues and active users, but going by my circle of friends and personal experience, we will see a positive bell shape in the stats around December and January. Niantic might get to breathe a sigh of relief there, but put into perspective the numbers are still slumping, with daily revenues down from $16m in July to $2m in October. The watch application is not going to be potent enough to buck the trend all by itself, but provided there is a temporary upward lift, the next challenge will be preempting the oncoming crash. 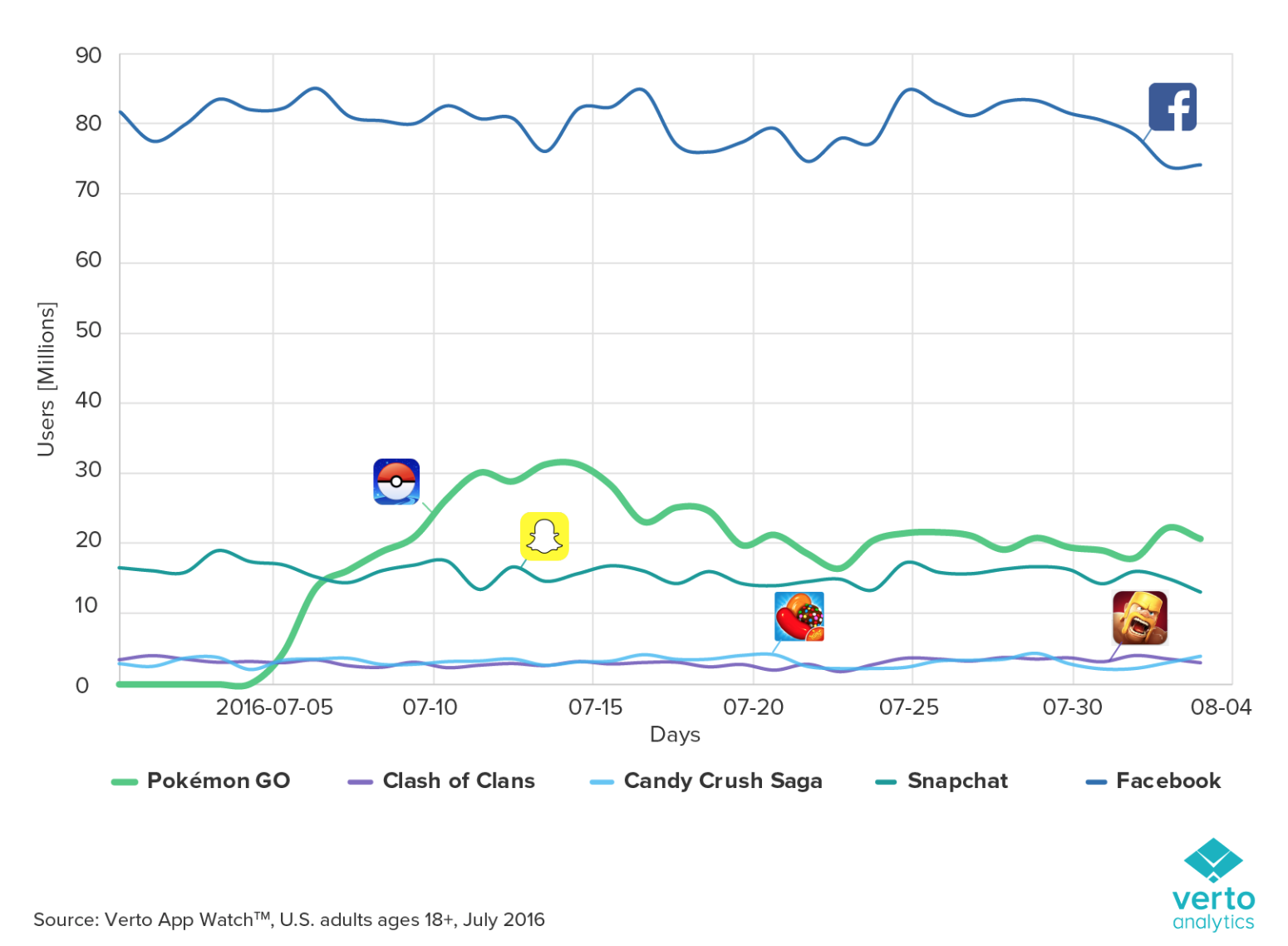 Consequently, the only way to break the pattern of steep drops for Pokemon Go is to non-stop provide new content or events to incentivise returning, or in other words to make the game ‘stickier’. With Pokémon Go, the unfortunate fact of the matter is that while the game consists of a considerable framework, that blueprint has still not been filled with enough substance. The result of that is no real sense of progression or reward from the catching, grinding and the odd Poké-battle.

Since I don’t want to slip into content discussions too much, the only way to iron out that downside from a strategic point of view is to keep the game relevant by means of constant game updates, seasonal or social events. If casual gamers don’t care about coming back for the actual game, the only other viable alternative to ensure they don’t jump off the hook is to repeatedly offer special events that are tempting enough to check them out.  We have seen Niantic engage in that tactic already with holiday themed updates and in-game easter eggs and it’s all but a foregone conclusion to expect a lot more of the kind in the months to come.

Strategic partnerships are another example of Niantic fighting gripes of an innately hollow game with external measures. As covered before, Pokémon Go has started partnering with various companies to bring more (of the same) content to a growing number of venues. Aligning the Pokémon game with other companies is smart branding, but ultimately just another low-hanging fruit strategy to keep the app relevant.

Despite this being nothing but a lipstick-on-a-pig tactic (covering up the real shortcomings of the game), don’t be surprised to read about new partnerships struck all year long. Short-term actions like the above will not turn around Pokémon’s fortune, but it might just inject enough of the good stuff to keep the patient alive. 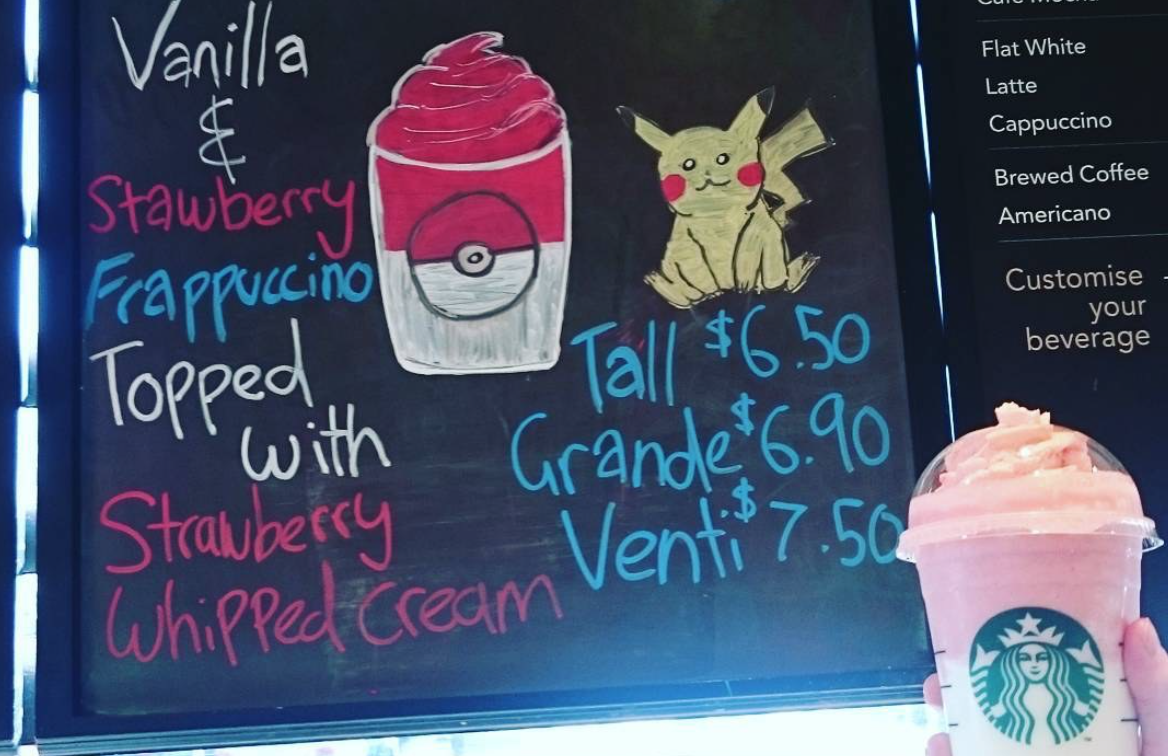 Zooming out a little bit, we move into wildcard territory. That is not to say everything from here on is pure conjecture. Niantic has proven (twice, if you want to count Pokemon Go Plus) their readiness to port and rethink Pokémon Go for other platforms, which is why I don’t believe it is a reach to see them further branch out within each respective ecosystem. You will have to be at least in your mid twenties to compute the following reference, but I could well envision for example a Pokémon Snap-like world open up on your living room TV on the dedicated Pokémon Go app for Apple TV. Perhaps I am getting carried away a little, but even if we strip Pokémon Snap of its ‘complexity’ (you take pictures of Pokémon in the wild), it would stack up for Niantic to offer a very plain Apple TV app that does nothing more but showcase your caught Pokémon in all their glory.

Diversifying the product offering and subsequently integrating all vehicles into a cohesive environment is not only how Apple made billions of dollars, but it would make perfect sense for something as ambitious as Pokémon Go: using your watch to notch up miles, your iPhone to catch and battle and at the end of the day you get to marvel at your newest pet monsters come to life on your TV.

By the same token, a similar argument can be contrived for a macOS app, and this is where both Niantic and Apple would need to suss out the viability of such extensions, not alone in terms of lucrativeness but also security (keeping hackers at bay). With Nintendo at long last making a push for Apple’s platforms, things will also get a lot more convoluted in terms of licensing, as they and The Pokémon Company are part owners of Niantic and plenty of thought is going to go into how to avoid crossing each other’s (revenue) streams on a platform like Apple TV. 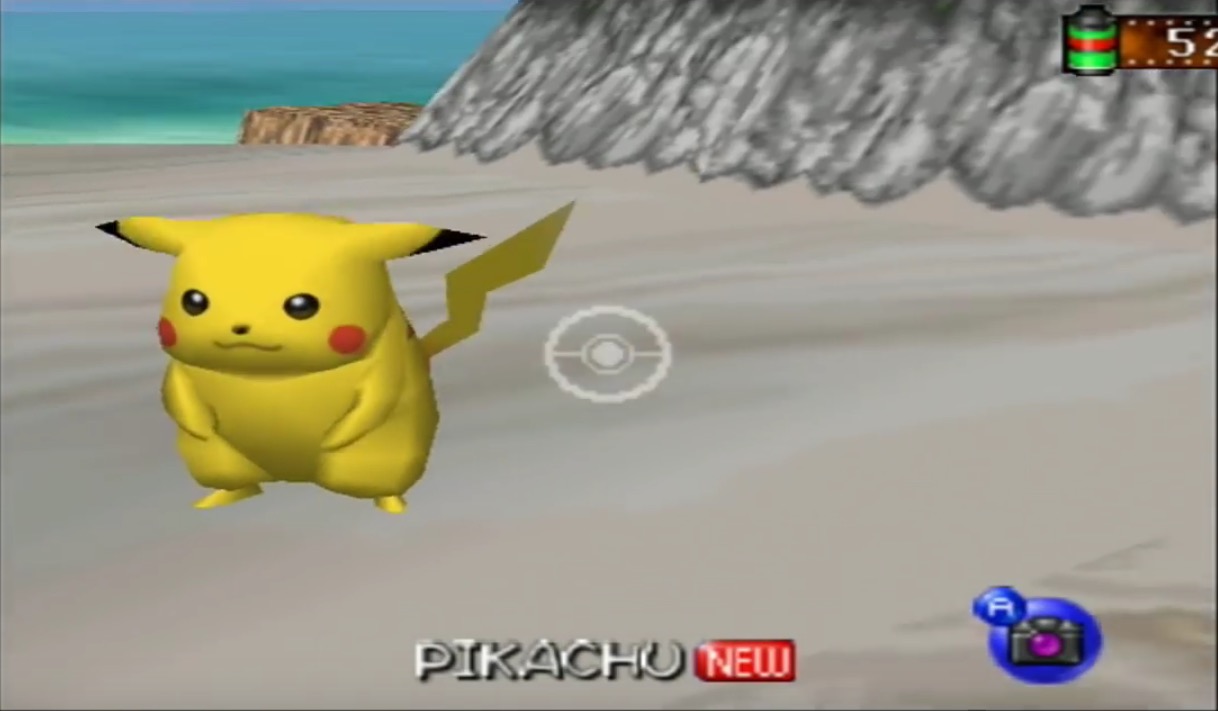 Take Pokémon Go out of its microcosm

Let’s finish this one off a whit outside the box: imagine catching Pokémon in Go became a lot more meaningful because your mobile game was linked to your Nintendo account and whatever you caught in the real world would be transferred right over to your (a lot more wholesome) Nintendo games. Sounds pretty good, huh? At least that is what I thought. If there is only the slightest chance for Niantic, Nintendo and The Pokémon Company to somehow realize this, employees and lawyers of each company should be locked into one big board room and not be released before there is a handshake agreement on it.

Pokémon Go would kill multiple birds with one stone, as it would become fully embedded into the Pokémon universe and simultaneously silence anyone (rightly) criticizing the game for its lacklustre playability. A deal of that magnitude would turn Pokémon Go into a gateway drug and conduit to a much richer Pokémon universe. To that effect, the implications of such deal would be huge for Apple and Nintendo, as both parties would get access to new markets and potential customers for their platforms.

In summary, Niantic is going to stand by their 2016 mantra and bank on sustained PR work and seasonal updates. At the same time I expect them to work on product extensions, including stocking up the Apple Watch experience and a foray to new platforms in order to expand the scope of Pokémon Go.

With that, content additions are just as critical for a long-term success, but I have made the conscious decision to leave that particular discussion to the gamers amongst you. So go ahead, let me know in the comments what you want to see in future Pokémon Go updates!