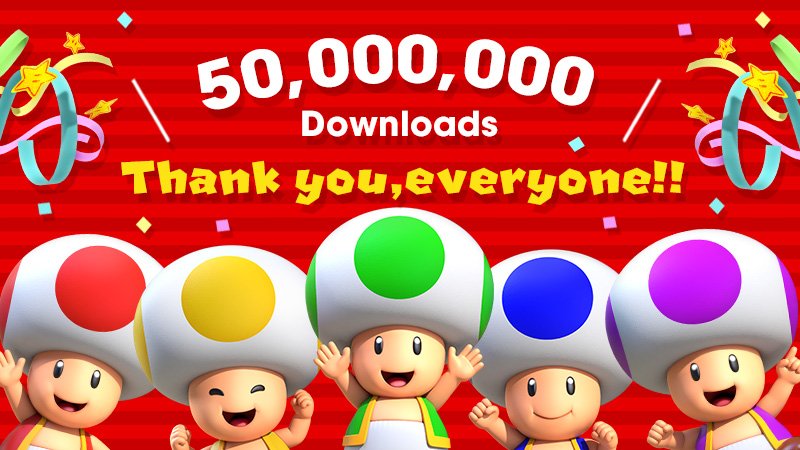 Nintendo advises us to use the free tickets to “enjoy all the fun of the Toad Rally mode”.

If you’d rather not spend the tickets on Toad Rallies, you should try out the newly added Friendly Run mode which lets you challenge friends to a Friendly Run without using Rally Tickets or worrying about losing toads in your Kingdom. On the downside, coins, toads and the number of enemies defeated don’t increase in this mode. 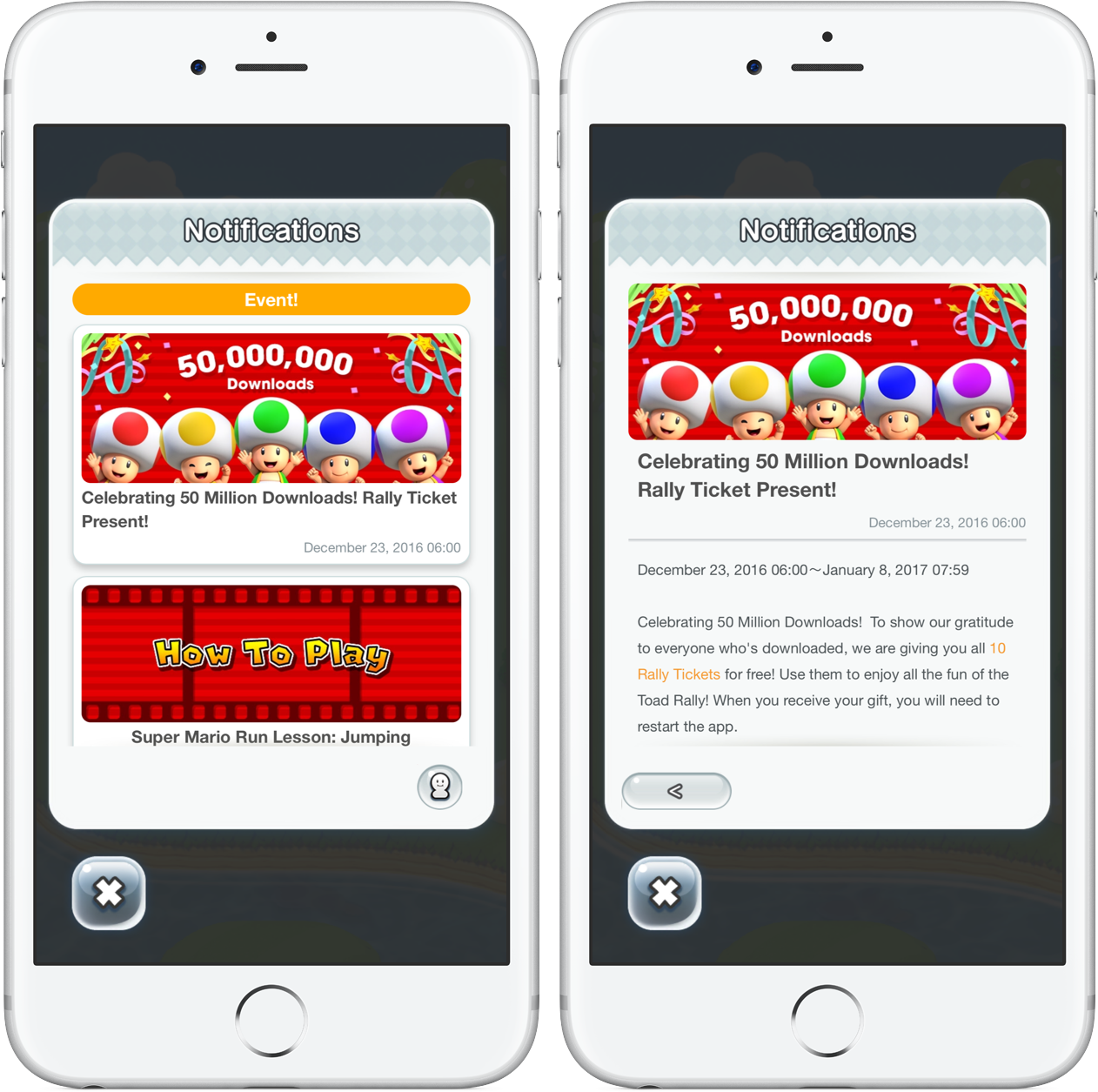 You will be promoted within the game when your free Rally Tickets are available.

You will need to restart the game when you receive your gift, according to the in-game prompt. Just tap the Gift Box in your Kingdom to unwrap and claim your gift when it becomes available. If you don’t see your free tickets yet, force-quitting then re-launching the game should do the trick.

Just two days ago, the game passed 40 million downloads and gained the aforementioned Friendly Run mode and a few other perks.

What’s unclear is how much revenue Nintendo has made so far from the game and how many people actually purchased the full $9.99 game upgrade. If you haven’t already, be sure to check out what Super Mario Run would look like as a free-to-play game.