Nintendo Japan said in a press release today that Super Mario Run for iPhone has been downloaded more than forty million times in the four days following its debut on the App Store six days ago.

The game topped the App Store’s Free charts in 140 countries and is among the top 10 paid items in more than a hundred App Stores worldwide. Today, Super Mario Run gained a brand new Friendly Run gameplay mode, but with a daily cap.

To play in Friendly Run, first add some friends (don’t worry, yesterday’s update has squashed a bug with Facebook linking) by going to your Friends List, then tap Link to link social media accounts, or Invite or Add if you already added a few friends.

The other person must accept your invitation before you can challenge them to a Friendly Run. You can play Friendly Runs without using Rally Tickets or worrying about losing some toads in your Kingdom, which is nice, but your coins, toads and the number of enemies defeated will not increase in this mode.

To spice things up a little bit, your progress in World Tour mode determines how many times you can play Super Mario Run in Friendly Run mode on any given day. If you haven’t cleared World 1 yet, Friendly Run mode is limited to just play per day.

Catch 22: you cannot clear World 1 unless you cough up for a $9.99 upgrade. Those who have finished World 1 can play the game in Friendly Mode three times per day, or five times per day if they’ve also cleared World 2. 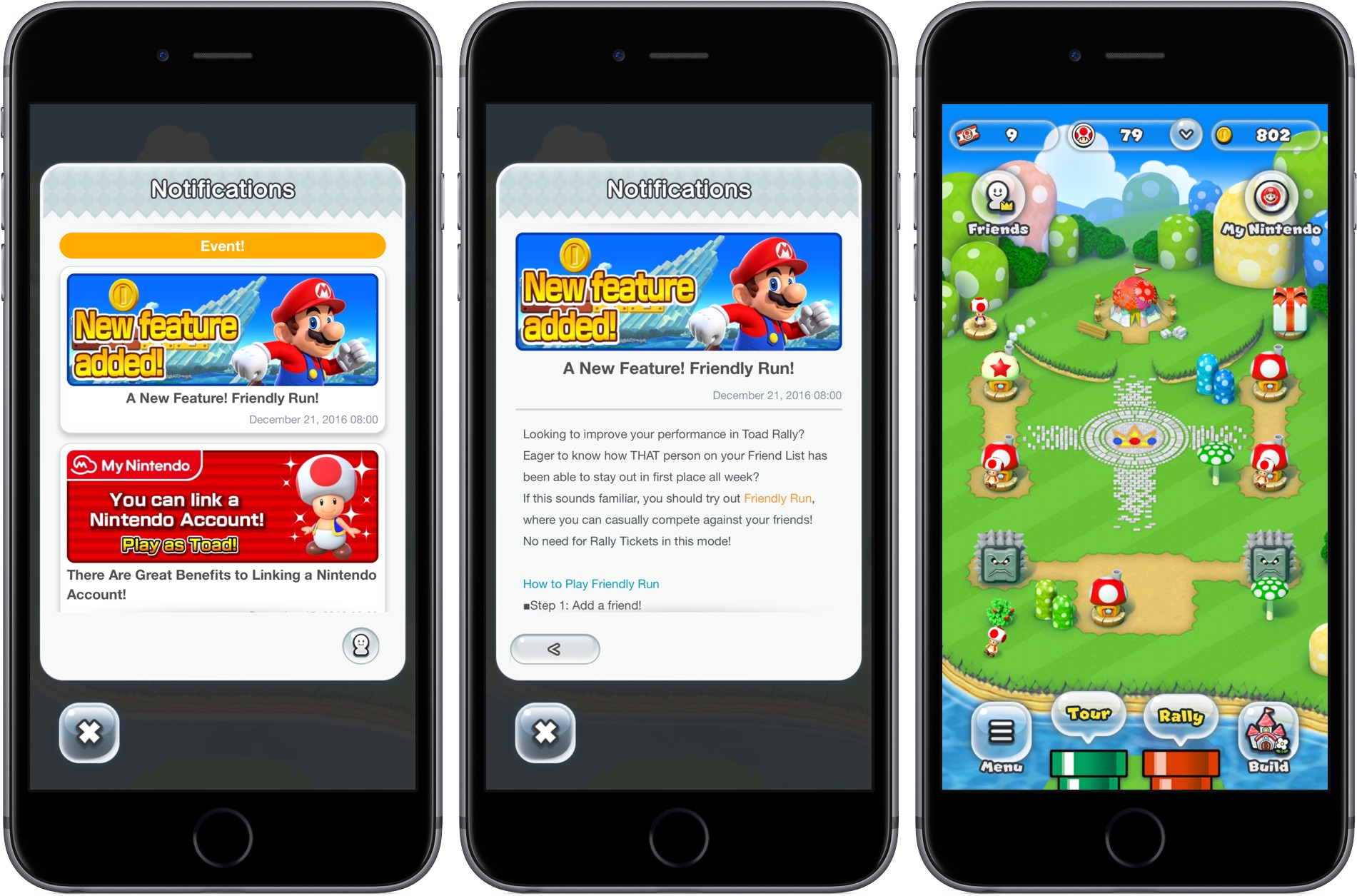 Earlier in the week, Super Mario Run gained some new content in the form of Sparkly Christmas Tree, Sparkly Snow Globe and Poinsettia items that you can use to decorate your Kingdom ahead of Christmas.

Super Mario Run was initially met with great excitement from eager fans despite criticism leveled against its relatively high price, the requirement for a persistent Internet connection, the fact that paid $9.99 upgrades do not sync between devices and the need to earn and use tickets to enjoy Toad Rally mode.

According to a survey from App Annie, only four percent of those who downloaded the game have actually purchased the paid upgrade.

Super Mario Run is a free download from the App Store.

To access content past the first three levels of World 1, you must buy a $9.99 In-App Purchase to unlock all of the game worlds, levels and modes.