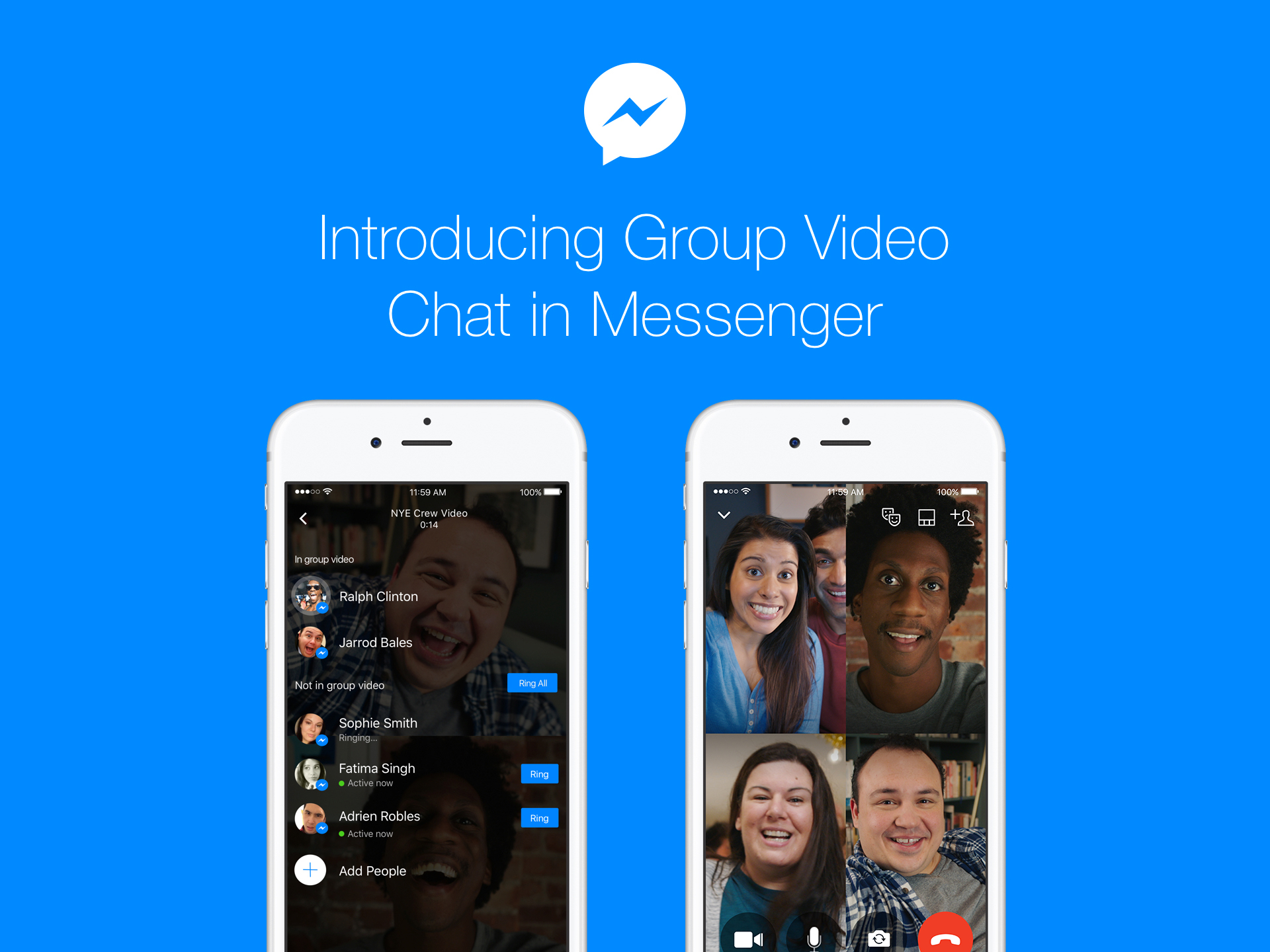 After enabling group audio calling on Messenger with support for up to 50 participants back in April 2016, Facebook today launched group video chatting on its popular messaging service. The ability to video chat in groups is the most requested Messenger feature ever, according to product manager Stephane Taine. The feature is rolling out today on iOS/Android and the desktop version of Messenger.

To turn your group chat into a face-to-face conversation, tap on the new Video icon on the upper right of the screen. Everyone in the group will be notified that you entered the video chat and each person can join if they’d like.

You can also directly ring just a few people or the whole group. 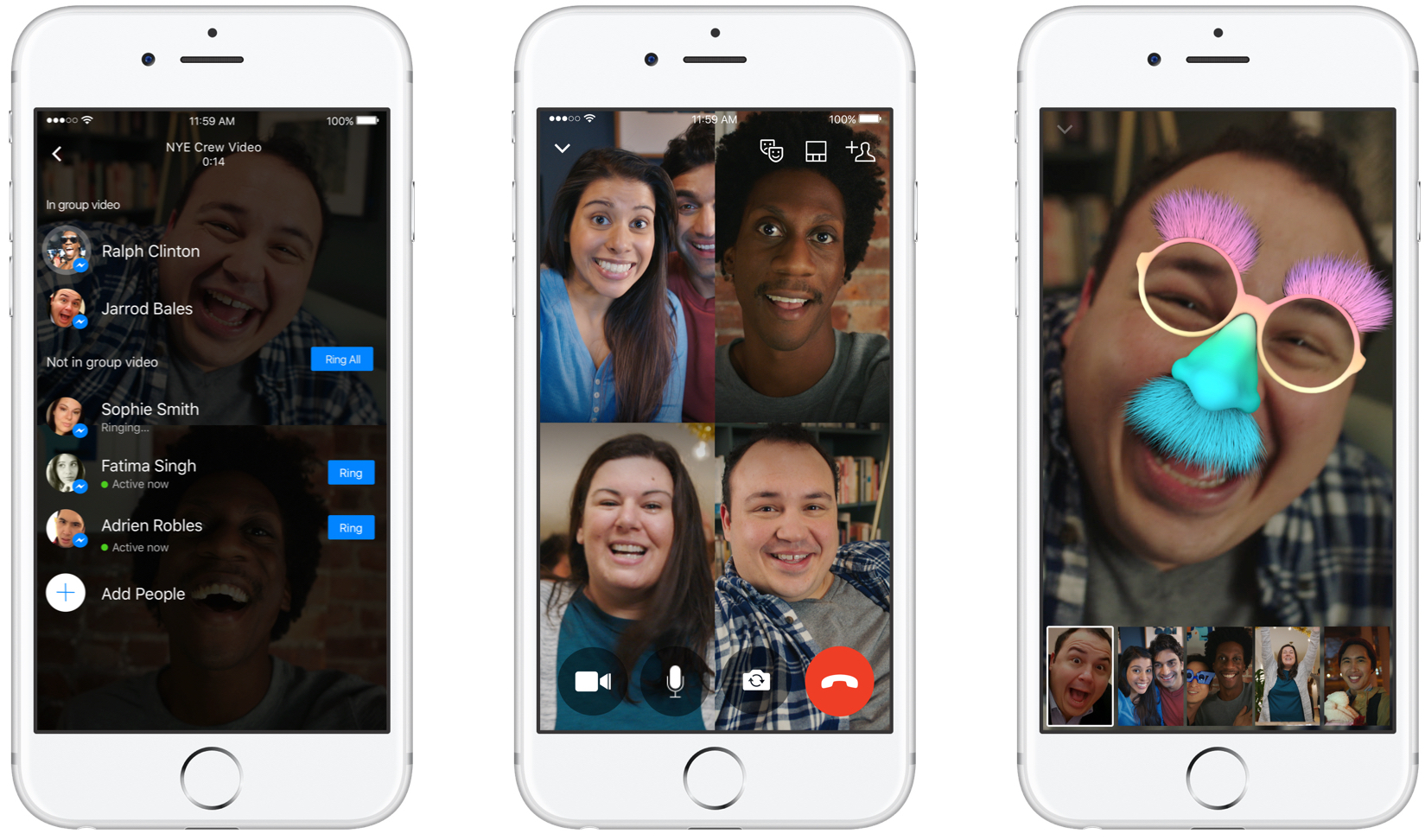 Group video chat supports up to six people at a time although up to 50 participants can listen in and join via voice, or be on camera. “Once more than six people are on the call, just the dominant speaker is shown to all participants,” explains Facebook.

And here’s a video of group video chat in Messenger.

While video chatting in a group chat, you can use Snapchat-like 3D video filters on iOS (launching soon on Android) that the Messenger camera gained earlier in the month along with stickers, artwork, frames, masks, filters and other special effects.

If you haven’t seen it in action yet, here’s a quick video of the new Messenger camera.

Download Facebook Messenger for free from the App Store to test group video chatting today. The staggered rollout means not all Messenger users will gain this feature at the same time so check back later if you’re unable to access it just yet.