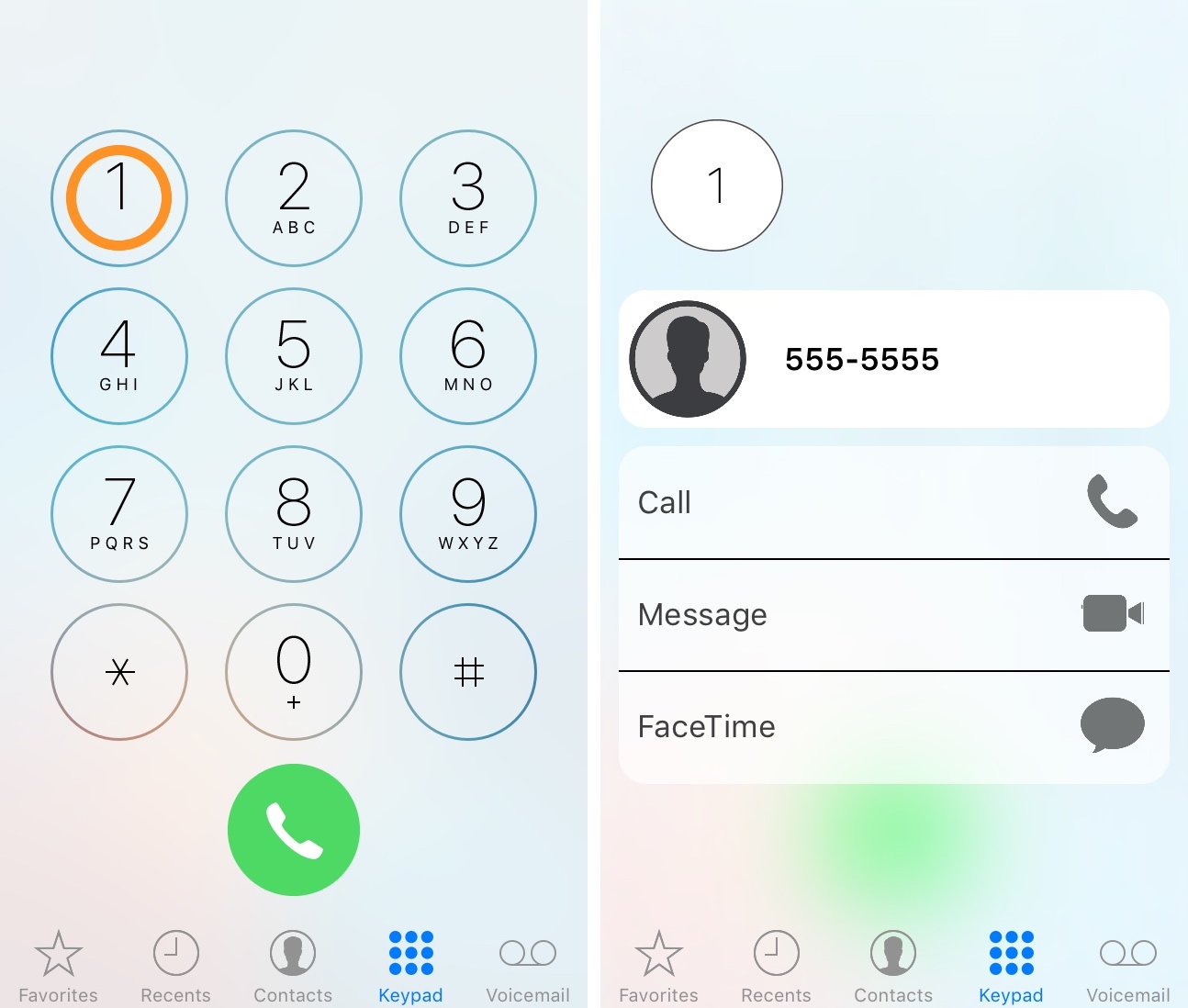 we recently showed you a jailbreak tweak called QuickDial Lite, which allowed you to add speed dial-like features to the iPhone’s Phone app. The same developer has now just launched QuickDial Pro, which takes advantage of new features in the latest iPhones to make the tweak even cooler.

There are some notable differences between the free and paid versions of this jailbreak tweak, and we’ll show you everything you need to know to decide which one is the best fit for you.

The idea behind QuickDial Pro is to give you easier access to your top contacts. With it, you’ll simply open the Phone app and use a gesture on one of your Phone app’s dialer keys, very similarly to the old-school cell phones that used quick dial back in the day.

Although the concept is largely antiquated by modern smartphones with smart Contacts apps that allow you to contact your friends and family with no more than a couple taps, the concept is still fun to use and may be desired by those who have nostalgia for the older way of speed dial.

You might remember that QuickDial Lite required you to tap and hold on a number key from the Phone app’s keypad to call the contact you’ve assigned to it, but QuickDial Pro is a bit more complex in both design and function and has more to offer, as it even lets you message or FaceTime the contact in addition to calling them.

It utilizes 3D Touch, so you can activate the tweak by performing a 3D Touch gesture on one of the Phone app’s number pad keys. When you do, it will bring up a peek and pop menu that displays the contact’s photo, as well as buttons for:

Tapping on any of the buttons from this menu invokes their designated purpose. For example, tapping on the Call button will initiate a phone call with the person you’ve assigned to that specific number pad key, and so on.

As you can see on the image at the top, you get a nice blur of the background behind the peek and pop menu, so you can see the developer worked hard to make the interface look a bit more Apple-esque.

Just like the original QuickDial Lite tweak, QuickDial Pro adds a preferences pane to the Settings app where you can configure your speed dial contacts. 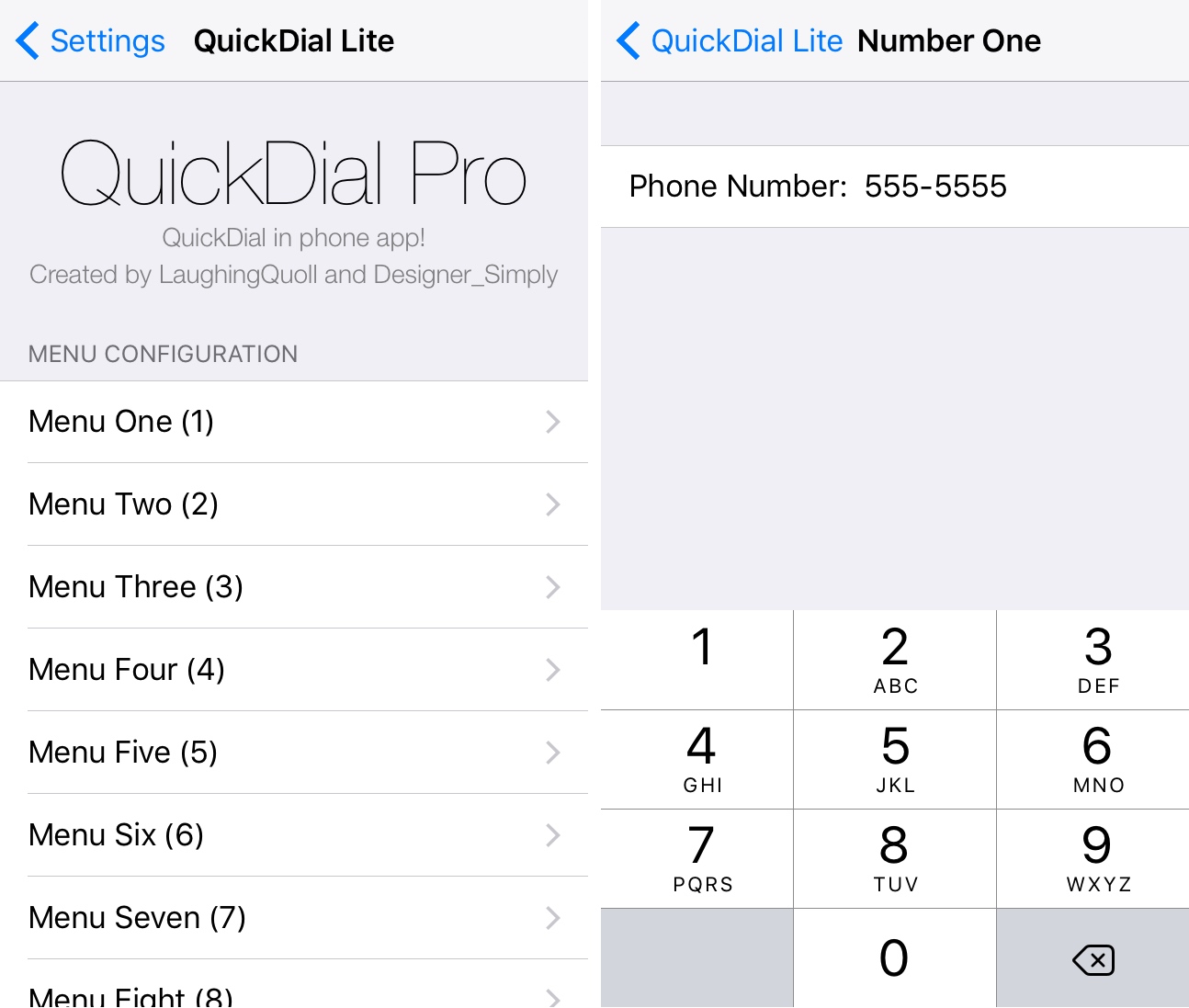 You can add a maximum of ten contacts to your QuickDial Pro roster, so you might want to limit your choices to close family members and friends that you contact the most often, otherwise anyone with a bevy of contacts will run out of room pretty quickly.

Do keep in mind that it’s a good idea to add the area code along with the phone number of the person you’re adding. This helps prevent any unwanted misdials from occurring.

Once you’ve configured your contacts, you can start speed dialing them immediately. There’s no need to respring or reboot following your configurations, which means you can edit your speed dial contacts on the fly, a very convenient touch.

For the most part, you might want to consider using QuickDial Lite if you don’t have 3D Touch because it’s free and offers most of the same functionality.

On the other hand, because the Pro version has more features, such as messaging and FaceTiming, it may be harder for some to resist. Fortunately, a free jailbreak tweak from Cydia’s BigBoss repository called revealMenu will let you simulate a 3D Touch gesture on your Phone app’s number keys with a tap and hold, and it works great with QuickDial Pro.

This means you can use QuickDial Pro on any of your pre-iPhone 6s devices, including but not limited to: iPhone 6 Plus, iPhone 6, iPhone SE, iPhone 5s, iPhone 5, etc.

This tweak does not work on iPod touches or iPads because it relies on the Phone app, which only the iPhone has.

If you’re interested in giving QuickDial Pro a try, you can download it on your jailbroken iPhone from Cydia’s BigBoss repository today for just $0.99. All versions of iOS 9 are supported.

Will you be grabbing the Pro version of the tweak, or is the free version enough for you? Share in the comments below!