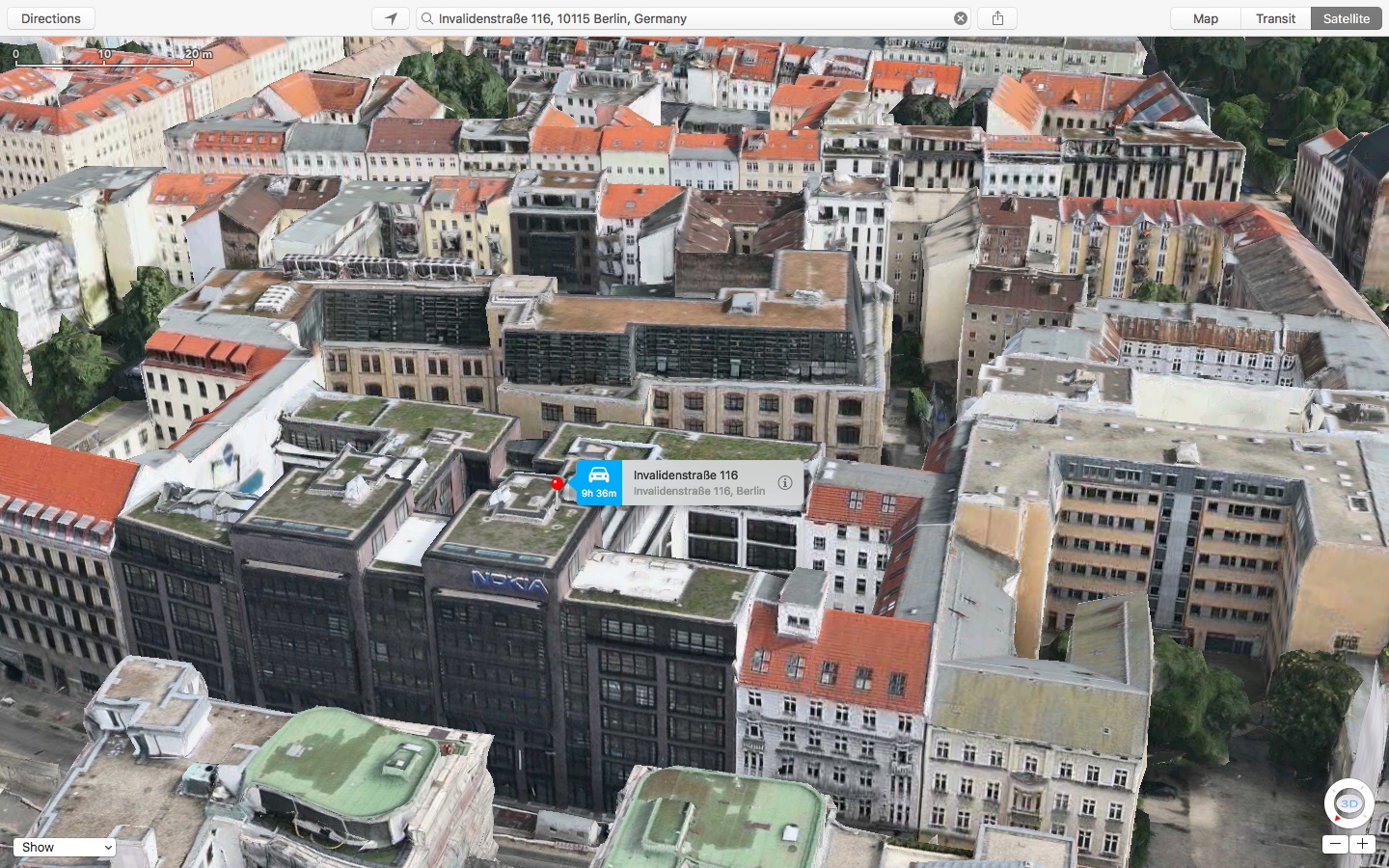 Over the past few months, Apple has been quietly hiring engineers away from Here, a Berlin-based automotive mapping company, for mapping jobs in Berlin. Interestingly, Apple’s never publicly confirmed that it has an office in Berlin.

According to LinkedIn profiles discovered by Business Insider, Apple’s poached at least half a dozen employees from Here, jointly owned by German car makers Audi, BMW and Daimler.

“In the past several months, Apple has hired several people away from Here for mapping jobs in Berlin,” a local source told Business Insider.

These engineers now work on the Apple Maps team, as per their LinkedIn profiles.

German newspaper Frankfurter Allgemeine Zeitung said in April that Apple was working on a secret vehicle research and development lab in Germany. However, recent reports have asserted that the iPhone maker may have abandoned plans to build an electric vehicle of its own and is now thought to be focused on autonomous driving software.

Earlier in the month, Bloomberg reported that the Cupertino giant would use high-tech drones to help improve the accuracy and reliability of Apple Maps.

Offices of the Here startup in Germany, via Apple Maps.