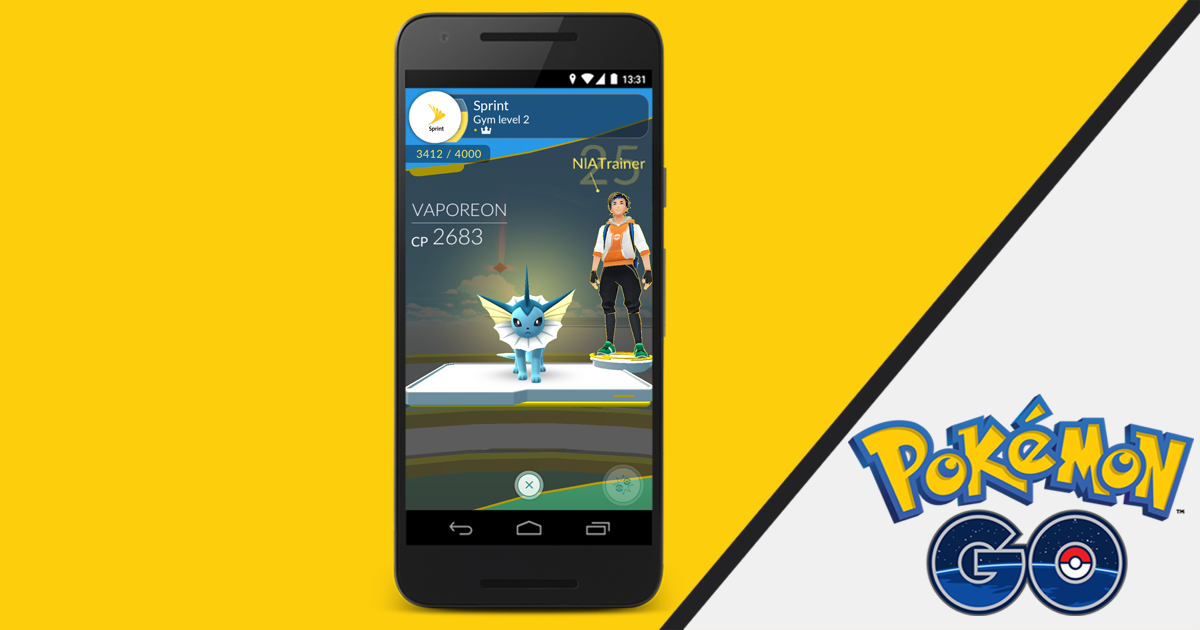 Sprint is partnering up with Niantic to increase the amount of Pokéstops and gyms that you can access in Pokémon GO.

The goal of the collaboration is to give players more access points to stock up on Pokémon item necessities and to battle other players for experience and team gym domination, but clearly Sprint gets some positive press out of the deal too.

More than 10,500 Sprint-owned locations around the United States are participating in the event, and those include Boost Mobile and Sprint at Radioshack stores in addition to standalone Sprint stores.

Because Pokémon Go is a battery-guzzling game, Sprint also welcomes all Pokémon GO players to take advantage of its in-store charging stations to power their devices back up, whether they’re a Sprint customer or not.

For what it’s worth, there have been rumors floating around that Starbucks will be collaborating with Niantic for a similar special event on December 8th. Although unconfirmed, this remains a rumor at this point in time and suggests Starbucks coffee shops will also be turned into Pokéstops or gyms with charging stations for players to sit down and play.

Niantic is also teasing its players with the addition of new Pokémon as soon as December 12th, although they don’t give any details because they want to leave it a surprise.

Code revealed in the game suggests more than one-hundred second generation Pokémon are on their way, as well as Mew, Mewtwo, and the legendary bids, however all of this remains unconfirmed in terms of the December 12th date as Niantic hasn’t said which Pokémon are being released. Joining Ditto, that’s a lot of new Pokémon to catch.

This move is expected to breathe new life into the game, and perhaps stroke a resurgence in player interest. It goes well with the improvements to the Nearby Pokémon feature that has been slowly rolling out to players all over the world, something players have been demanding be returned to the game since the removal of the footsteps feature early on in the game’s inception.

Additional in-game events are planned before the end of 2016, so you should expect to see an event similar to that of the Halloween and Thanksgiving events sometime around the Christmas holiday. Again, with no details being released about it, there’s little to go by.

If you’re not already playing Pokémon GO, you can download the game from the App Store for free and begin today.

Will you utilize Sprint’s Pokéstops and gyms and are you excited for the new updates to come? Share in the comments below!