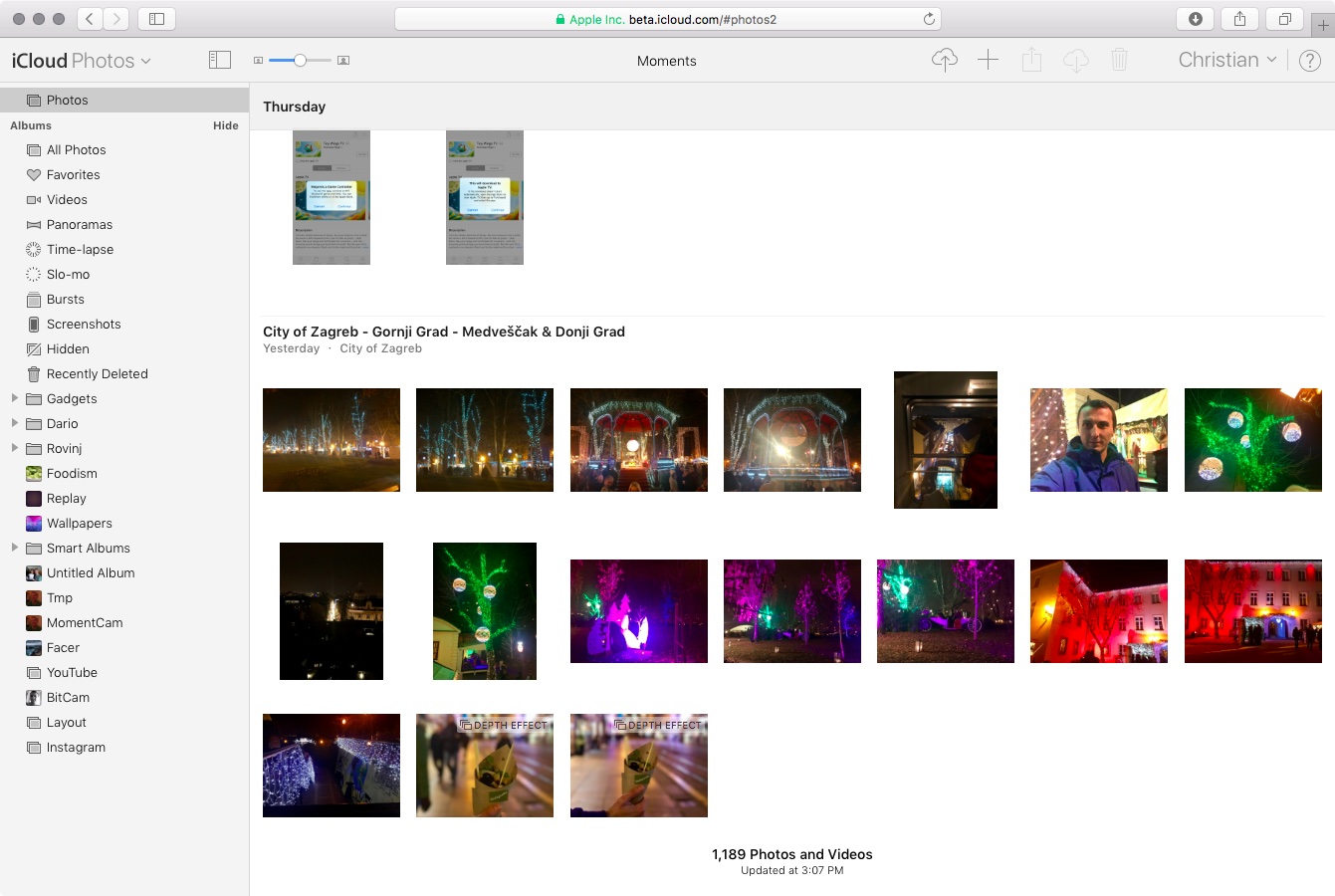 As first noted by Brazilian outlet MacMagazine.br, Apple is readying some notable updates for its Photos app on the web at iCloud.com/#photos. In addition to a slightly overhauled appearance, the web app is gaining a pair of new features found on the desktop Photos app for the Mac: a sidebar and a thumbnail scrubber. The web app is currently being beta-tested at beta.icloud.com.

Just like Photos for Mac, the sidebar makes the iCloud Photos web app behave more like its desktop counterpart, giving you one-click access to all your albums and folders. The new sidebar is shown on the screenshot top of post.

The thumbnail scrubber is shown at the bottom of the interface when you click an image to view it, like in Photos for iOS and Photos for Mac. It lets you quickly jump to another image without needing to get back to the grid of photo thumbnails. 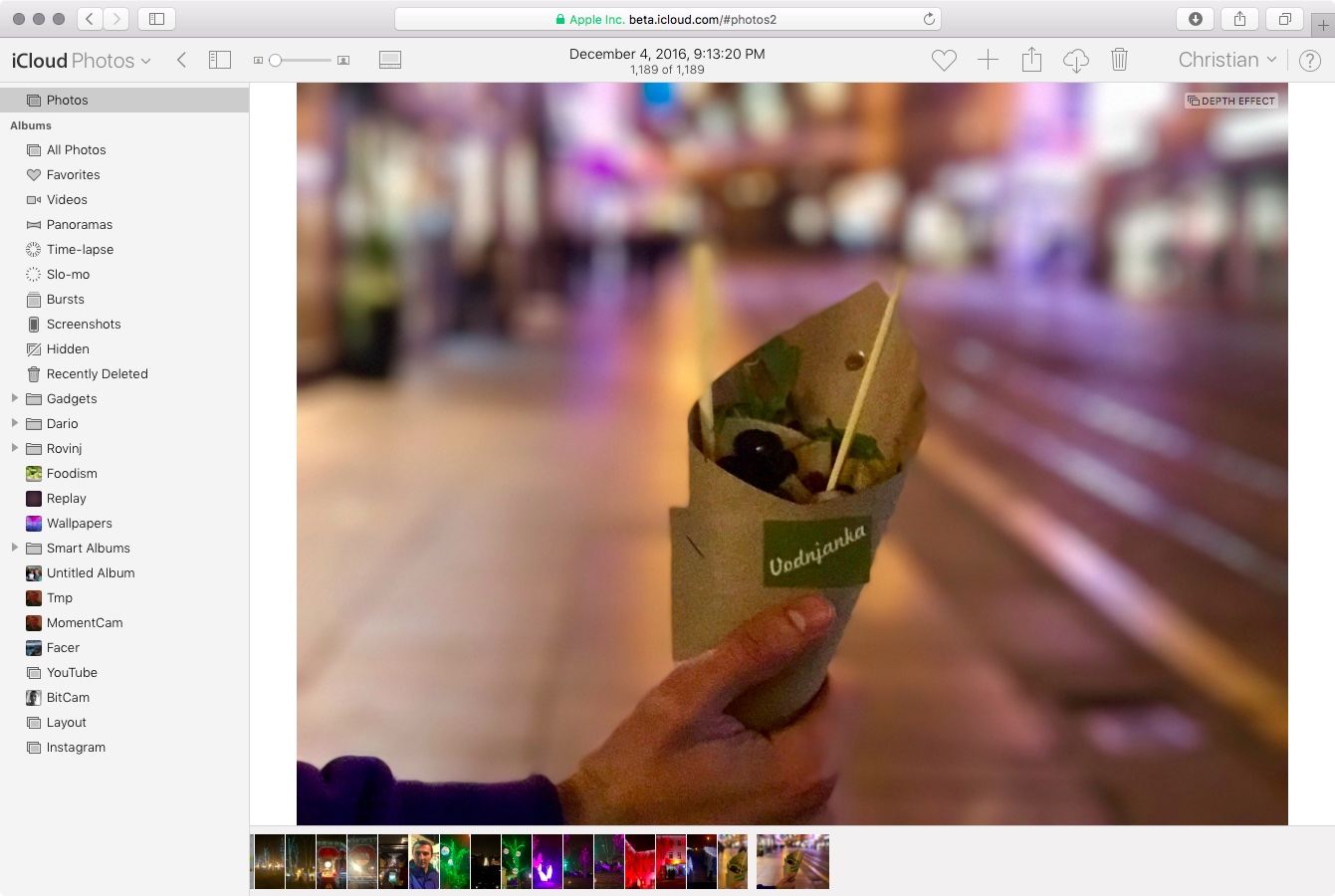 The scrubber also allows you to  scroll the thumbnails horizontally by swiping left and right on the trackpad. It’s unclear when these features in the Photos web app will roll out to all users, but we’ll make sure to keep you informed so watch this space for updates.

Lastly, MacMagazine notes that a toolbar at the top with options for uploading and downloading images has been redesigned and that the web app now supports basic Touch Bar shortcuts on the new MacBook Pro.