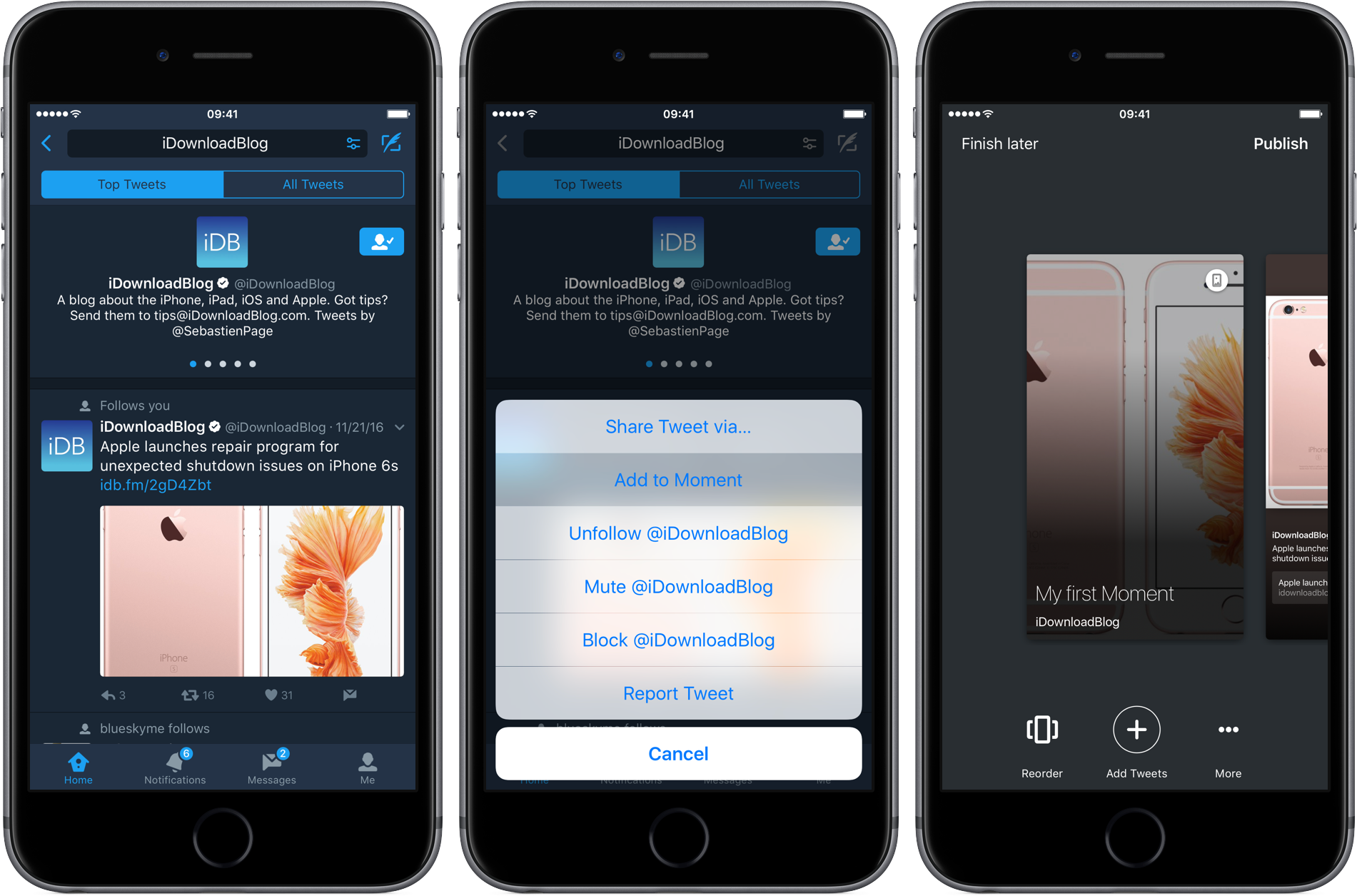 Twitter launched Moments more than a year ago as a way of helping users discover trending stories and highlights representing “the best of Twitter”.

Well, it’s now possible to create your own Moment from any tweet, whether your own or someone else’s, right within Twitter’s official mobile apps for iOS and Android. The feature first made its debut in the web interface at twitter.com before expanding in May 2016 to Twitter’s desktop app for the Mac.

With Moments, users can follow trending stories on Twitter with immersive images, video clips and conversations which tell a story in specific order.

To create a Moment, tap on the downward facing arrow on any tweet’s upper-right corner, then choose Add to Moment from the popup menu.

You’ll be taken to a dedicated interface where you can name your Moment, give it a short description and choose a cover image from media embedded in the tweets included in the Moment. To add more tweets to your Moment, tap Add Tweets.

A Moment’s tweets can be rearranged the way you like to tell a story in specific order.

You can also search previously liked tweets for other posts to include. Additional features that let you mark a Moment as sensitive and share a Moment’s location with Twitter are hidden behind the ellipsis icon in the bottom-right corner. 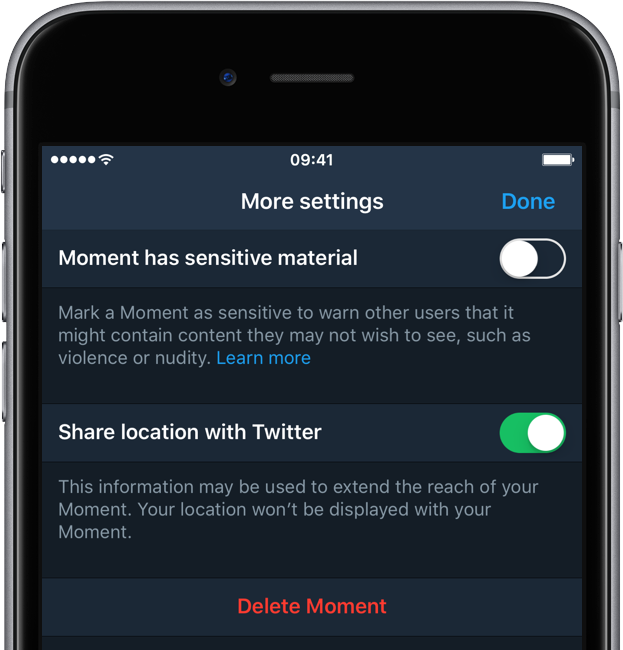 You can also choose to finish creating your Moment at a later stage, by tapping Finish Later. This lets you add more tweets, media and other items to any of your saved Moments as you encounter relevant content on Twitter.

To access your Moments drafts, tap the Me tab at the bottom, hit the gear icon next to your profile image at the top and select Moments from the menu. To delete a saved Moments, swipe left and tap Delete.