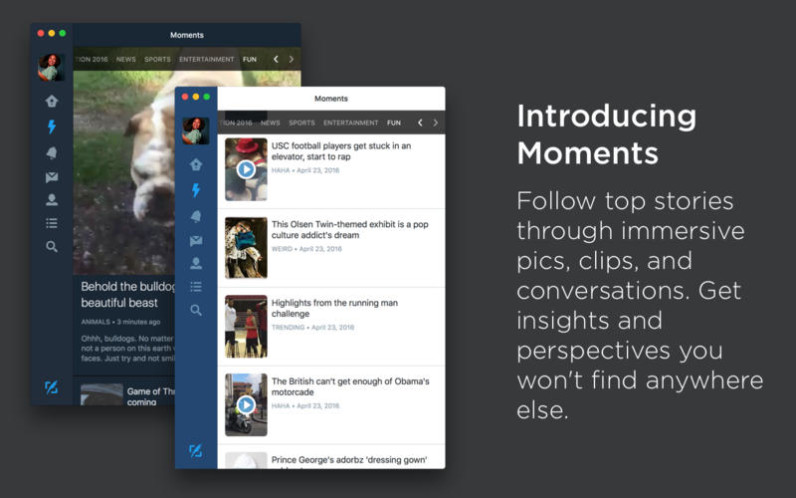 Twitter introduced both polls in tweets and a Moments feature for discovering trending stories back in October 2015. Additionally, Twitter for iOS has had the GIF search feature since February 2016.

Even though Moments, Polls, and integrated GIF search have been available on the web at twitter.com and via Twitter’s mobile application for the iPhone, iPod touch and iPad, it wasn’t until today that these features finally rolled out to Twitter’s Mac app.

Here’s a quick overview of the aforementioned features:

A more detailed overview of each new feature follows.

The Moments allows you to follow a developing story, an ongoing trend or an event, experienced through a curated selection of tweets. Content in a Moment is culled from the Twitter community, presented in such categories as News, Sports, Entertainment and Fun. A Moment can include images, animated GIFs and videos. As new stories emerge throughout the day, Moments are updated with new curated content. 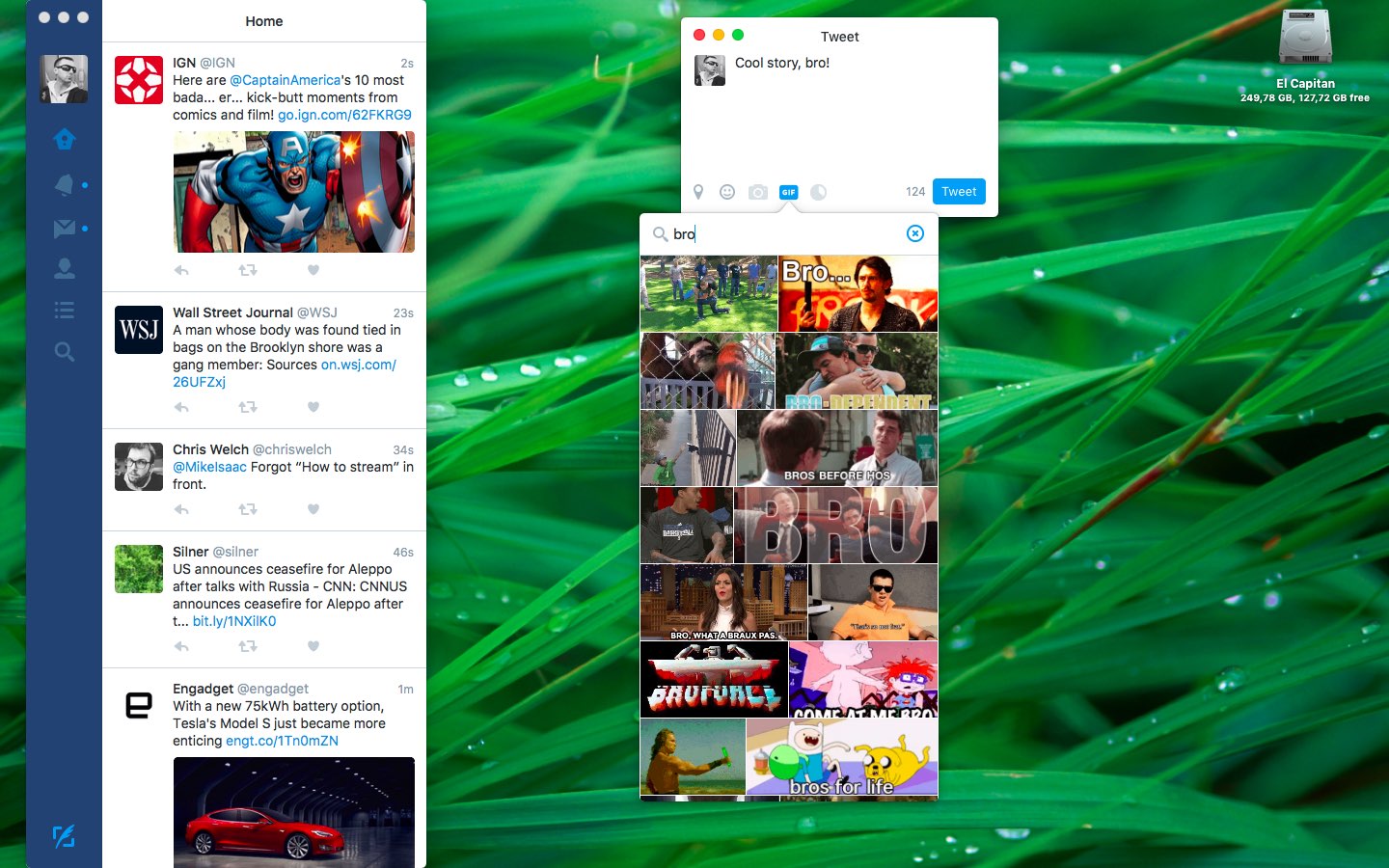 As for GIF search (depicted in the screenshot above), which has been available in the mobile app since February, the Mac app too now lets you search animated GIFs from both Giphy and Riffsy to attach to your tweet right from the compose window.

To create a Poll, click the new Poll button in the compose window (it resembles a pie chart). You can then type your question and provide up to four choices that your followers will be able to vote on using Twitter’s mobile, desktop and web apps.

After tweeting out your Poll, it will remain active for 24 hours, but you can also choose an arbitrary Poll length on the mobile app (but not on Twitter for Mac).

What's more important to you about #iPhone7

Don’t worry—how you voted is not shared publicly.

As you might have suspected, Mac owners who have updated to the latest version can now participate in Polls from the Mac app, too. In addition to Moments, Polls and integrated GIF search on Twitter for Mac, the iOS app has received an update yesterday, bringing the Connect tab to more users.

A better way to connect with people

Starting today, the Connect feature in Twitter for iOS should be available to everyone.

It gives you a detailed list of people and accounts that Twitter thinks you might want to follow. These recommendations will refine over time and are based on who you already follow, tweets you like, popular accounts in your local area, what’s happening in the world right now and other parameters.

And if you give the app permission to sync your address book, you can connect with your friends and family easier than before and will receive a notification if someone in your address book joins Twitter.

To see if Connect is currently available were you live, update the Twitter app on your iOS device. If they’ve enabled the feature in your region, you’ll see a little blue prompt introducing the Connect tab.