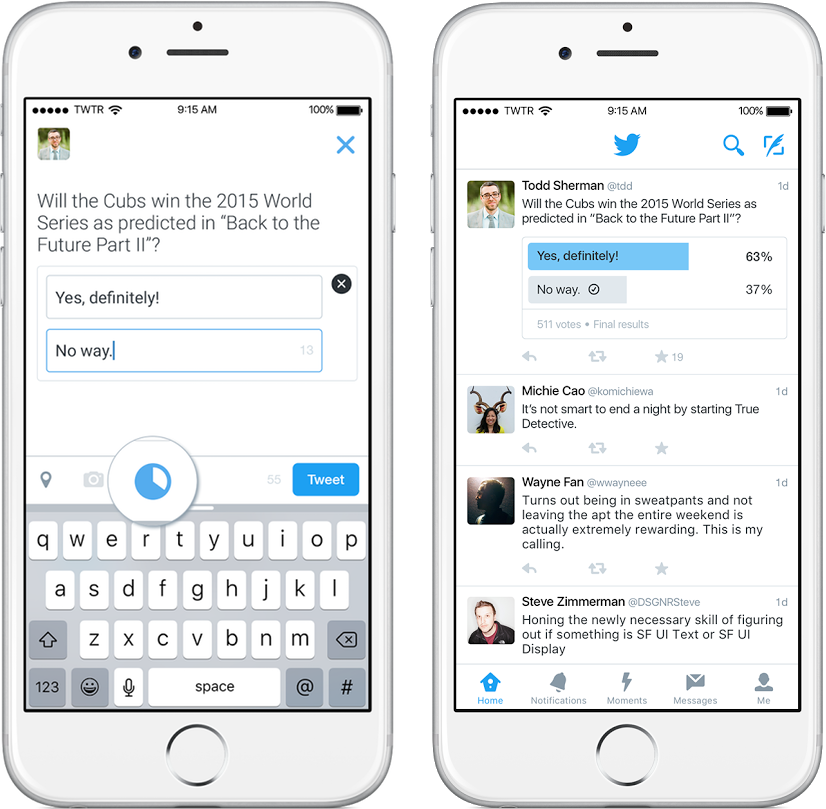 Twitter today said that it’ll be rolling out the ability to embed custom polls in tweets to all users over the next few days.

Originally tested with a small subset of its user base, polls in tweets will permit everyone to interact with their followers and get the public’s opinion on just about anything by embedding customized polls in tweets.

In addition, Twitter’s Mac app will be getting a thorough revamp soon with a new dark mode alongside a bunch of new features borrowed from the mobile edition of the software, including in-line Vine and video playback, photos in Direct Messages and in-line replies and much more.

Polls are created right from the compose box and don’t require any special software to customize and publish. Each published poll will remain live for 24 hours, allowing your followers to vote on it. As a nice touch, how you voted is not shared publicly.

Coming soon! We’re rolling out the ability for everyone to create polls on Twitter: https://t.co/pH5a8q9Ujz pic.twitter.com/ijAKEMUdf1

Unfortunately, you won’t be able to create complex polls on Twitter as the system supports two-choice polls for the time being. At any rate, polls will be coming to Twitter on iOS, Android and on desktop at twitter.com “over the next few days”.

I’m a big fan of the interactivity provided by online polls, as evidenced by our rich poll archive here on iDownloadBlog. As such, I’ll be taking advantage of Twitter polls as manually tweeting questions and tracking replies is tiring.

According to TechCrunch, Twitter for Mac will be getting a much needed overhaul soon and support for the new polling feature.

The updated app, however, won’t launch for a few months as a final shipping date has yet to be confirmed. One of co-founders of Twitter-owned Vine posted the image above showing Twitter for Mac’s upcoming dark mode.

What are you more excited for, Twitter polls or the new-look desktop app?