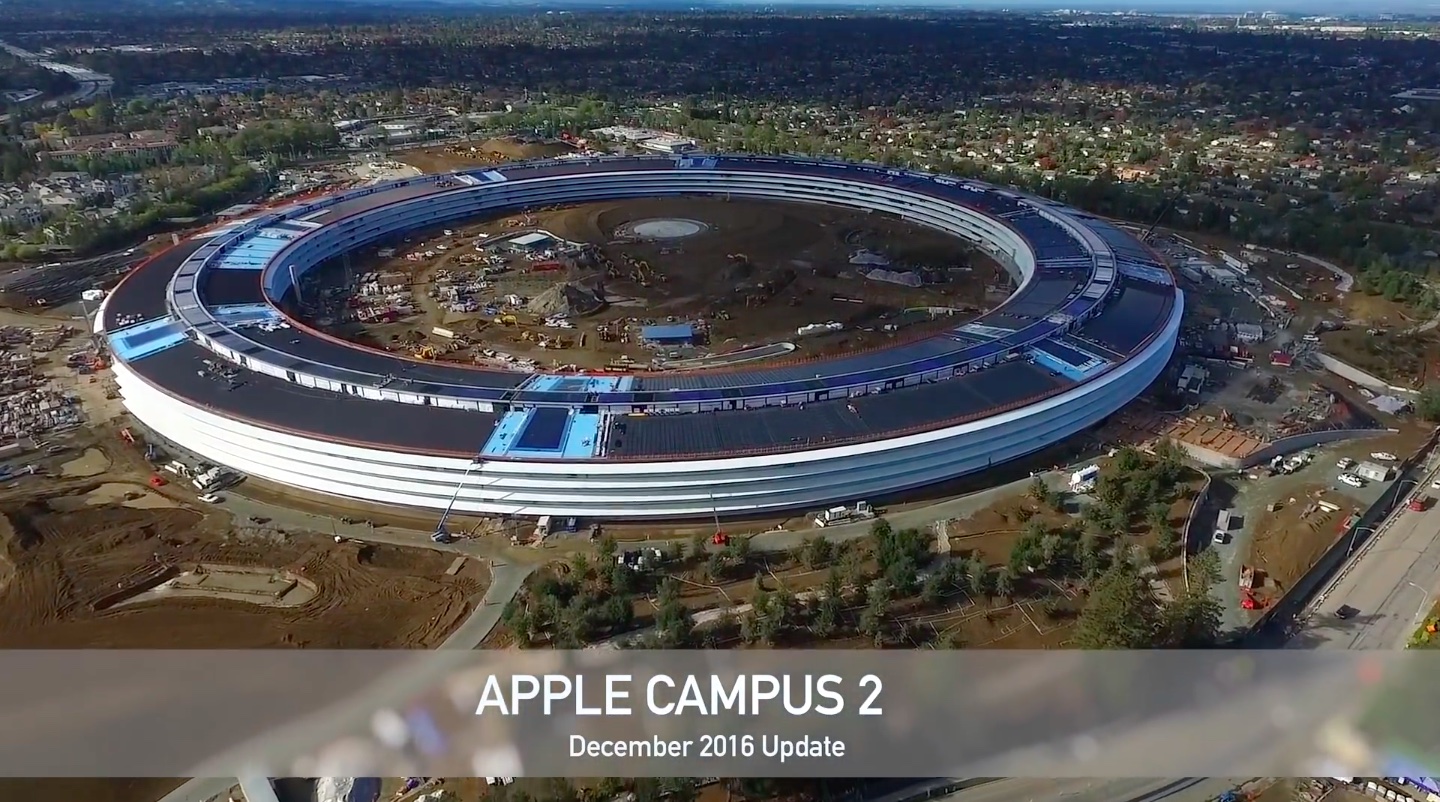 Drone footage of iSpaceship site captured by YouTuber Matthew Roberts has impressed us thus far and his latest video is no exception. In addition to showing continuous progress in terms of landscaping and solar panels on the massive flying saucer-shaped building, new videos provide a closer look at an R&D building and an underground auditorium where future events will be held.

Solar panels continue to be installed on the roofs of the main building and associated structures, with Matthew estimating that around 60 percent of the site’s solar installations are now complete, up from 50 percent a month ago.

The huge dirt mountain is almost gone now as landscaping work progresses: greenery continues to crop up all over the site and you can now clearly see large trees in front of the fitness center. Significant progress has been made at the entry-way atrium with glass covering the main building from the floor to the ceiling, as well as on the water feature and landscaping in the central courtyard.

Other buildings are coming along at a rapid pace, too, as evidenced by Matthew’s birds-eye video recorded using a DJI Phantom 3 Professional.

And here’s another drone flyover from YouTube channel Sexton Videography, which gives you a better sense of a HVAC-lined dedicated research and development facility and an underground auditorium.

Apple recently delayed iSpaceship’s planned completion date into the second quarter of 2017 due to extensive landscaping work, but full time employees should start moving in as soon as January 2017.