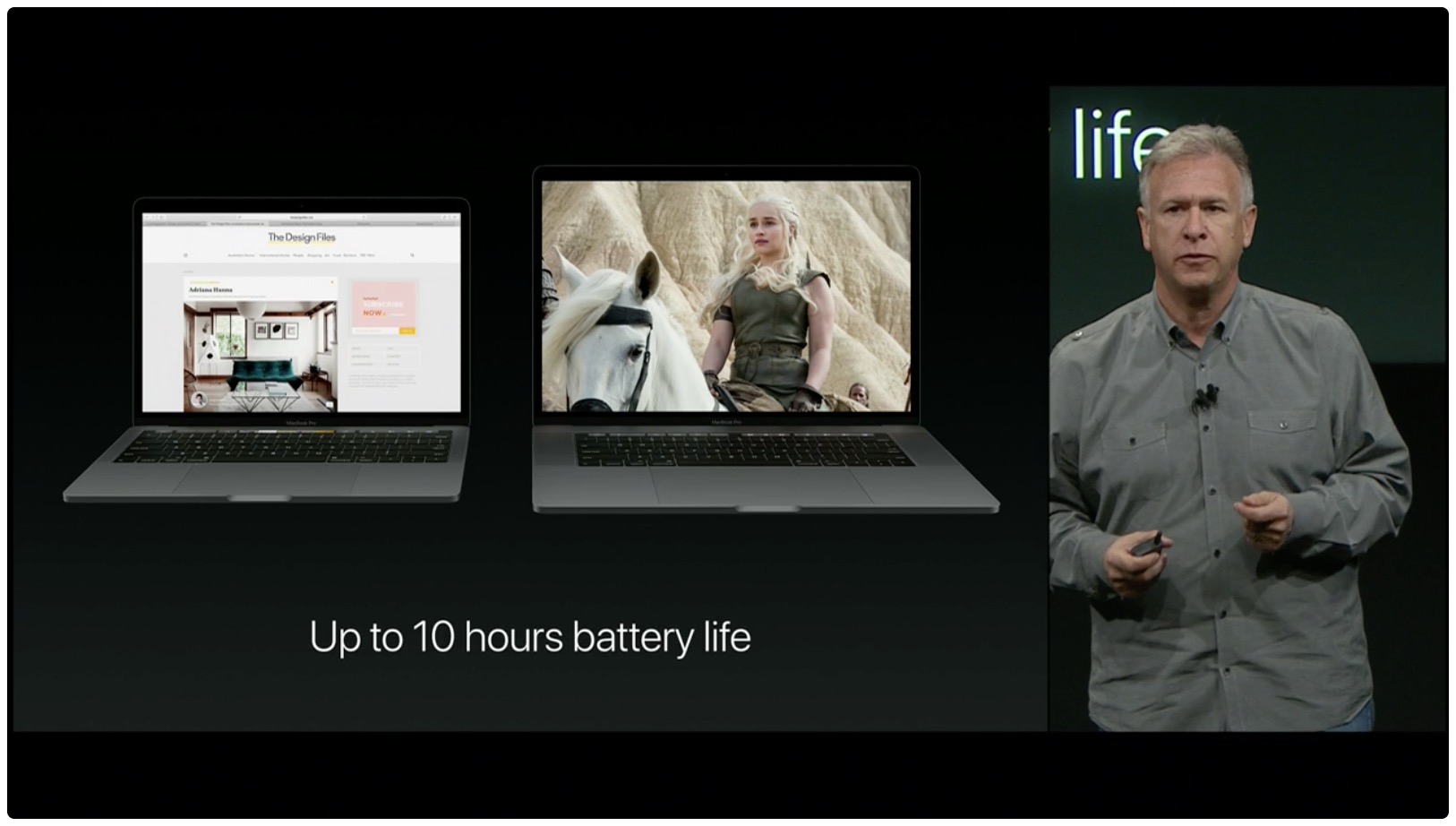 Software developer Ben Slaney asked Apple via email to give a more detailed clarification as to why the new MacBook Pro does not provide a 32-gigabyte build-to-order option for power users looking to max out the RAM. He allegedly received a response from Phil Schiller, who is boss of worldwide marketing at Apple and the steward of the firm’s developer relations.

Schiller’s response reveals that doubling the RAM from 16 to 32 gigabytes would have required a different logic board design versus the notebook’s mustache-shaped logic board, one that would have reduced space for batteries.

To support 32GB of memory would require using DDR memory that is not low power and also require a different design of the logic board which might reduce space for batteries. Both factors would reduce battery life.

In other words, doubling the RAM would have required using DDR4 RAM that’s unsupported by the Intel chips powering the new Pro. Slaney found out that LPDDR3E RAM chips in the new Pro (a low power, enhanced version of DDR3 RAM) normally use 1.5 watts of power whereas faster DDR4 memory would use about 3-5 watts of power:

It’s impossible to get an exact figure on it, but depending on the usage it can be estimated that between two and five watts are saved using LPDDR3E RAM instead of DDR4. And since the system averages to drawing about 20 watts on battery in normal usage, this can be said to be the difference of the RAM using two watts versus three to six watts for DDR4.

Translated to overall power usage that would make the difference of ten percent of power being dedicated to RAM versus the 20-30 percent it would be for DDR4.

When an average notebook with DDR4 RAM enters sleep mode, which is known as background power draw, the RAM itself consumes nearly half the overall power draw versus just 20 percent when using LPDDR3 RAM. Using DDR4 RAM would have decreased the Pro’s standby time from 30 days to less than one week, he concluded.

With DDR4 they’d have produced a notebook that would have a completely drained battery if it was at 50 percent charge and you closed the lid and left it for a few days. Not only would that be annoying, but by running the battery flat often it would end up damaging a percentage of their batteries because they’d frequently get 100 percent discharged, which puts a lot of stress on them, and sometimes even kills them.

In conclusion, Slaney wrote that several high-end Windows notebooks that utilize DDR4 RAM don’t get nearly as much battery performance as advertised.

Battery life of the Dell XPS 15 with 32GB RAM was found to be disappointing, garnering only 5 hours 40 minutes of video playback from its 84 Whr battery.

“This is a far cry from Dell’s advertised battery life of 17 hours,” wrote ExpertReviews.

Schiller previously emailed a reader inquiring about the RAM situation on the new MacBook Pro, saying doubling the RAM would have negatively impacted battery life:

To put more than 16GB of fast RAM into a notebook design at this time would require a memory system that consumes much more power and wouldn’t be efficient enough for a notebook. I hope you check out this new generation MacBook Pro, it really is an incredible system.

The 16GB-limit stems from Apple’s decision to use Intel’s Skylake chips rather than the latest Kaby Lake platform that was unveiled in August. As we thoroughly explained, while Skylake chips in the new Pros do support 2133 MHz LPDDR3E RAM—they don’t support for LPDDR4 RAM.

It gets even more complicated than that because Kaby Lake is set to include support for a power-sipping “LP” variant of DDR4 RAM, but only for the slower “U” category of chips for ultra-thin notebooks like the MacBook Air and the twelve-inch MacBook.

Kaby Lake may not support LPDDR4 RAM on notebooks until late next year or 2018.