As you know, Apple’s limited the new MacBook Pro to a maximum of sixteen gigabytes of RAM. Truth be told, no Mac notebook thus far has permitted customers to double the system RAM to a whopping thirty-two gigabytes though many MacBook Pro fans seem to have expected just that as an option.

As we told you, Apple on its part did acknowledge that it’d decided against giving the new Pro 32GB RAM because doing so would have decreased the notebook’s battery life.

The statement is true, but lacks detail.

The Loop’s Dave Mark points us to a more technical explanation for why you cannot outfit your brand spanking new MacBook Pro with 32GB RAM.

TL;DR: Skylake platform powering the new MacBook Pro supports DDR4 RAM, but not its LPDDR4 variant that optimizes energy consumption—Apple isn’t lying when it argues that doubling the Pro’s RAM would have a negative impact on battery life.

The true reason behind the lack of 32GB RAM on the new MacBook Pro is Intel. Skylake chips do not support LPDDR4 RAM. Kaby Lake is set to include support, but only for the U category of chips. So no LPDDR4 support for mobile until 2018 I think.

LPDDR4 stands for a low-power version of DDR4 RAM.

“U category” of chips denotes low-power versions of Intel processors meant for ultra-thin notebooks like the MacBook Air and the twelve-inch MacBook. These chips are typically slower than their non-U counterparts, but conserver more power.

In other words, Skylake lacks hardware support for power-sipping RAM chips that could let Apple engineer a 32GB Mac notebook that didn’t sacrifice battery life. The new Pro uses a faster 2133MHz LPDDR3 RAM that consumes more power than the slower 1600 MHz RAM in the previous-generation. 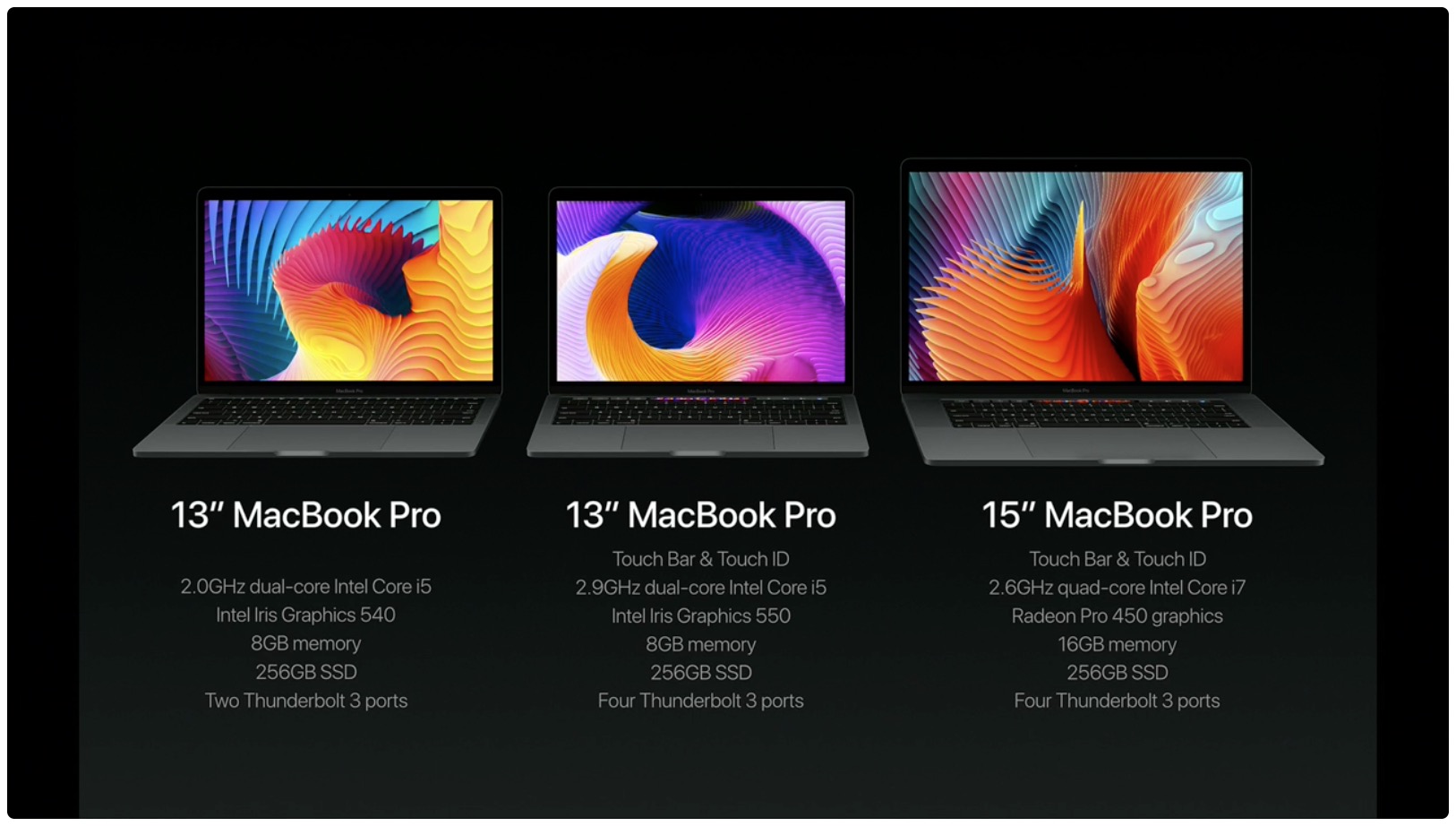 You could say that Reddit’s RAM explanation is patently wrong and cite Dell’s XPS 15 as an example, which has the same quad-core Intel Core i7-6700HQ chip from Intel like the new Pro yet packs in 32GB RAM. However, it’s important to note that a) Kaby Lake is required to support DDR4 RAM and B) the Dell machine supports the power-hungrier DDR4 LV RAM technology rather than its low-power LPDDR4 counterpart.

An alleged response from Apple’s marketing boss Phil Schiller to a question from a concerned user about the Pro’s RAM situation clarifies that putting more than 16GB of fast RAM into a notebook design “at this time would require a memory system that consumes much more power and wouldn’t be efficient enough for a notebook.”

The new Pro delivers the same all-day battery life like its predecessor, meaning up to ten hours of wireless web or iTunes movie playback for both 13 and 15-inch models.