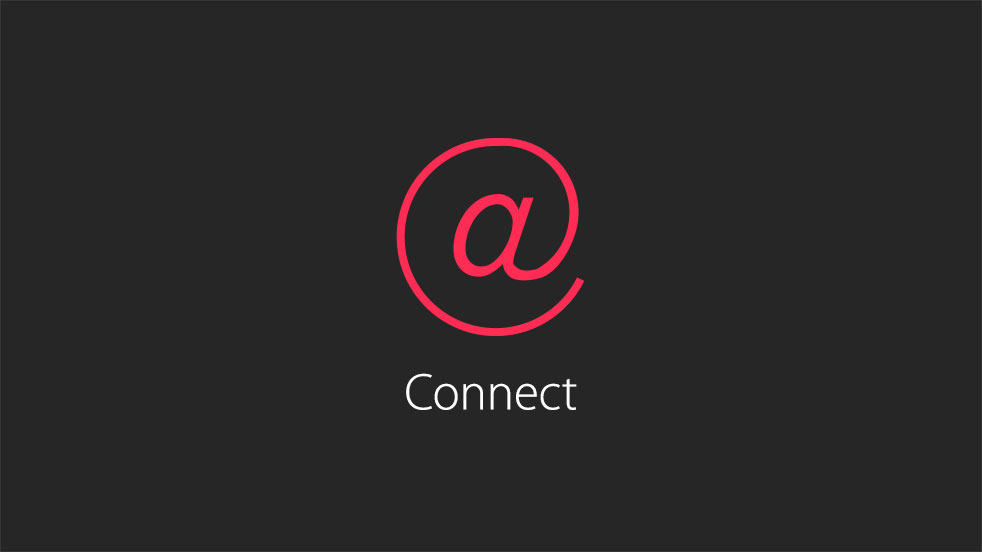 Apple’s Connect service, the company’s own aspiring social component to Apple Music, has visibly taken a back seat in iOS 10. In its original conception, Connect was resourceful and prominently placed in Music. Fast forward one year and you would be forgiven for thinking that Apple’s network for musicians and their followers had been as good as abandoned over night.

While we know that such is not the case just yet, Connect has undergone cosmetic changes with iOS 10 that have arguably ousted the service to a place now pretty much neighbouring on irrelevance. It’s the consequence of a succession of ill-advised calls. Name-giving aside, Apple should have also known better when it comes to launching a barren product offer centre stage inside an app as meaningful as Music. Connect was not engaging or relevant in 2015, and as a result it went unsung in 2016. Is it too late or could an Apple still turn the ship around?

It is hard to deny that Connect finds itself on a downward trajectory. When iOS 10 dropped, I for one hardly noticed the demotion of Connect at first, which is not a testament to the service whatsoever, and later on more or less inadvertently stumbled across the service, mindlessly browsing my For You tab. 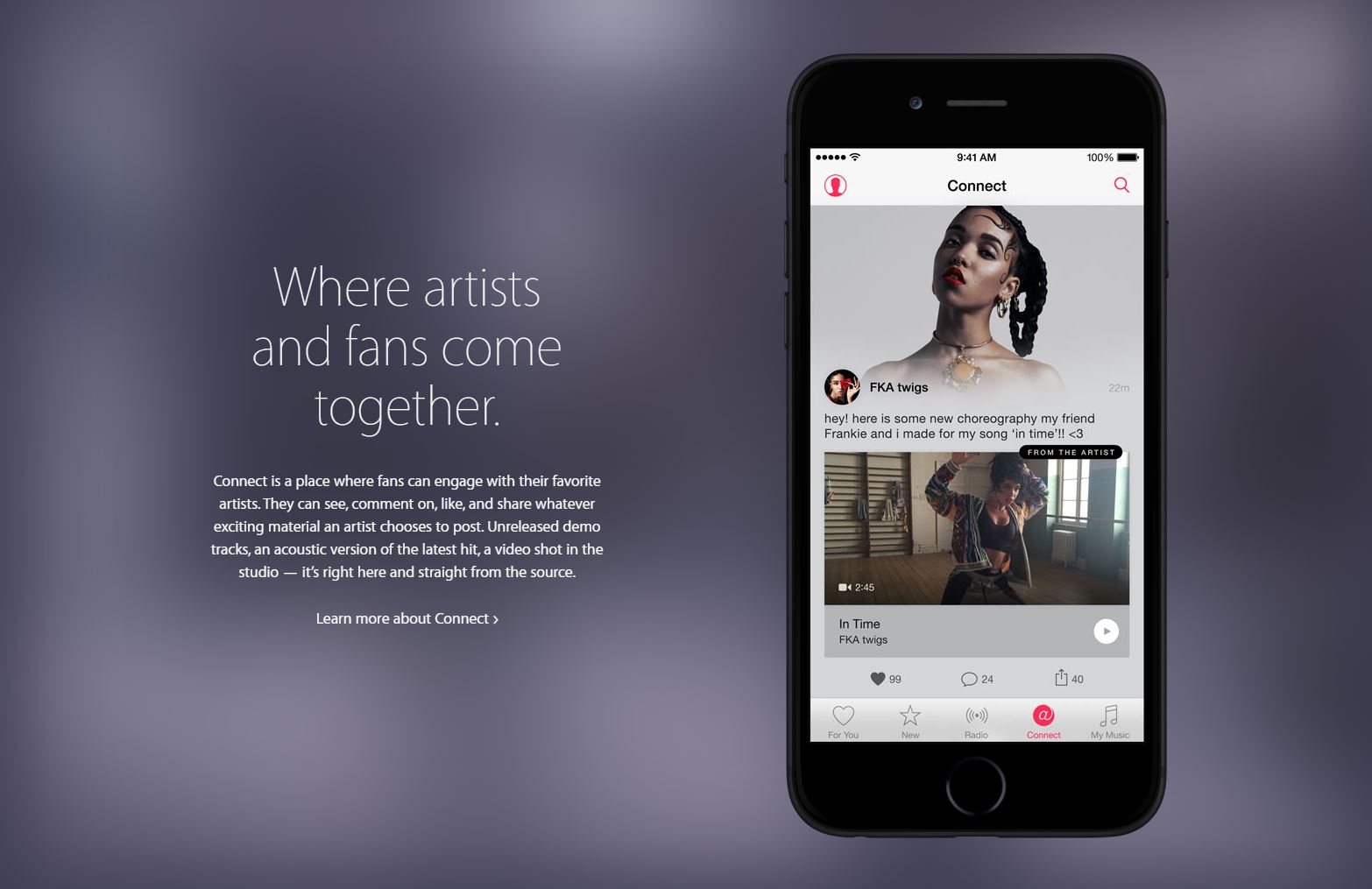 Why did I not notice earlier? Presumably because Apple did not deliver the goods with iOS 9 and gave very little impetus to repeatedly check in on my artists’ Connect posts. It was never habit-forming as its features, or lack thereof, did not resonate enough with me to remind myself of its existence on a day to day basis. Sooner than later, the Connect icon became nothing but an idle tab wedged in between Radio and My Music.

Before picking apart the shortcomings of Connect, one needs to spare a thought for Apple and the conundrum they now face. With iOS 9 they were bold believers of Connect (promoted and highlighted like in the image above) and copped an echo unsavoury enough to relegate the service to almost-oblivion. But shunned as it is now, future improvements will also escape most users’ notice – because out of sight, out of mind.

The key would therefore be to subtly promote Connect back to Music’s main interface, without displacing the new hierarchy in the bottom row of icons. Alternatively, talks of a standalone app for Connect could resurface, especially in light of a crucial deal Apple recently struck with an audience-grabbing pop culture fad. 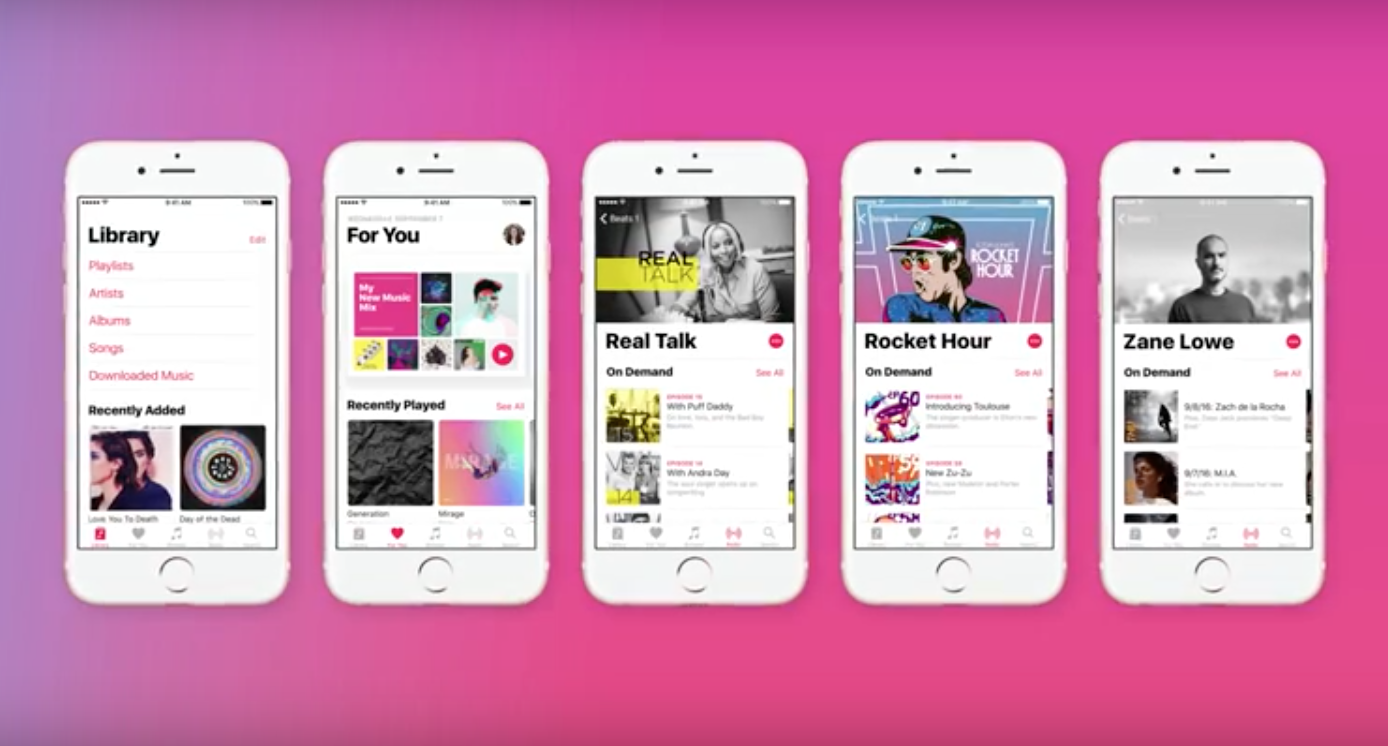 Here’s the thing: the media offered on Connect is not the problem. In fact, I have spent quite some time consuming exclusive videos, interviews and shows on Connect, constantly flabbergasted how material this good can only draw in about 12 likes and 5 comments. The platform is next to abandoned, tragically enough not due to low quality material but rather owing to the perception that the distance between creator and follower is greater than elsewhere online. Other social networks compensate for this barrier through thousands of other fans interacting with you. Additionally there is the not unimportant fact that an artist’s post is likely preceded and followed by your friends’ status updates.

One way to bridge the gap and shorten the perceived distance between artist and follower would be to simply offer push notifications for whenever your favorite artists post on Connect. It sounds plain but if a message from a band I follow closely rolls in just like an iMessage, I am going to be more excited and encouraged to click the notification to open up Connect. FOMO (Fear of missing out) is a huge driver for social networks and Connect is not harnessing that at all.

Secondly, there are plenty of other deft ways to display Connect content in Music without forcing a dedicated tab down our throats. When I tap the album art in my Podcast app, the cover flips around and offers me show-notes. A mechanism like this for Apple Music would make checking your artists’ latest status so, so easy. When you start to listen to a song and glance at the album cover, wouldn’t it be cool to be able to hit that album and read what they have been up to on Connect?

Plan A requires more intuitive snippets of Connect sprinkled here and there inside Music, as opposed to a full blown tab. Furthermore, integration of Connect into other Apple apps, such as Apple News, would enrich News on the one hand and most certainly boost engagement with Connect on the other.

Take the Connect out of Music and launch a brand new Connect app. Said application would have to nicely link and jump between Apple’s social network and Apple Music (similar to how Facebook has split Facebook from Messenger), and would give Apple the opportunity to unleash something big, colorful and beautiful on the inside.

Apple Music in itself is a beast, which impacts and constraints Connect’s depth notably. You just cannot have a fully fledged app inside another app. Therefore, offering a new platform that houses a far richer social component, including chat functionality amongst followers or possibly discussion boards, could attract the same people feeling uninvolved with Connect right now. At the same time, Connect could also easily disassociate from the reputation of delivering music related content only, a shift that Apple is eventually likely to make anyway. Connect could represent the new haven for all subscription-based entertainment distributed by Apple.

A fitting moment to pull the trigger on the transformation of Connect would be in early 2017, when Apple are reportedly set to release the first instalments of Carpool Karaoke. As peculiar as the acquisition of it seemed at the time, there is no doubt Apple will ensure it gets proper exposure when released. What better way to promote a new app and the singing skits than to introduce a brand new icon on your home screen?

It remains to be seen if Apple still has hopes for the Connect platform. Time is definitely not on its side and a facelift or complete overhaul becomes more unlikely with every day passing, in as much as innovation is only going to stick with customers if they haven’t already dismissed the product. This leaves us with the second approach. Is it feasible? Absolutely. Could Apple be of the same opinion? We will find out.

If all else fails, buckle up for more trial and error by the Cupertino company over the next years.
The proposition of Connect is great and we know Apple has the muscles to push it, but they will have to prove they also have the smarts.