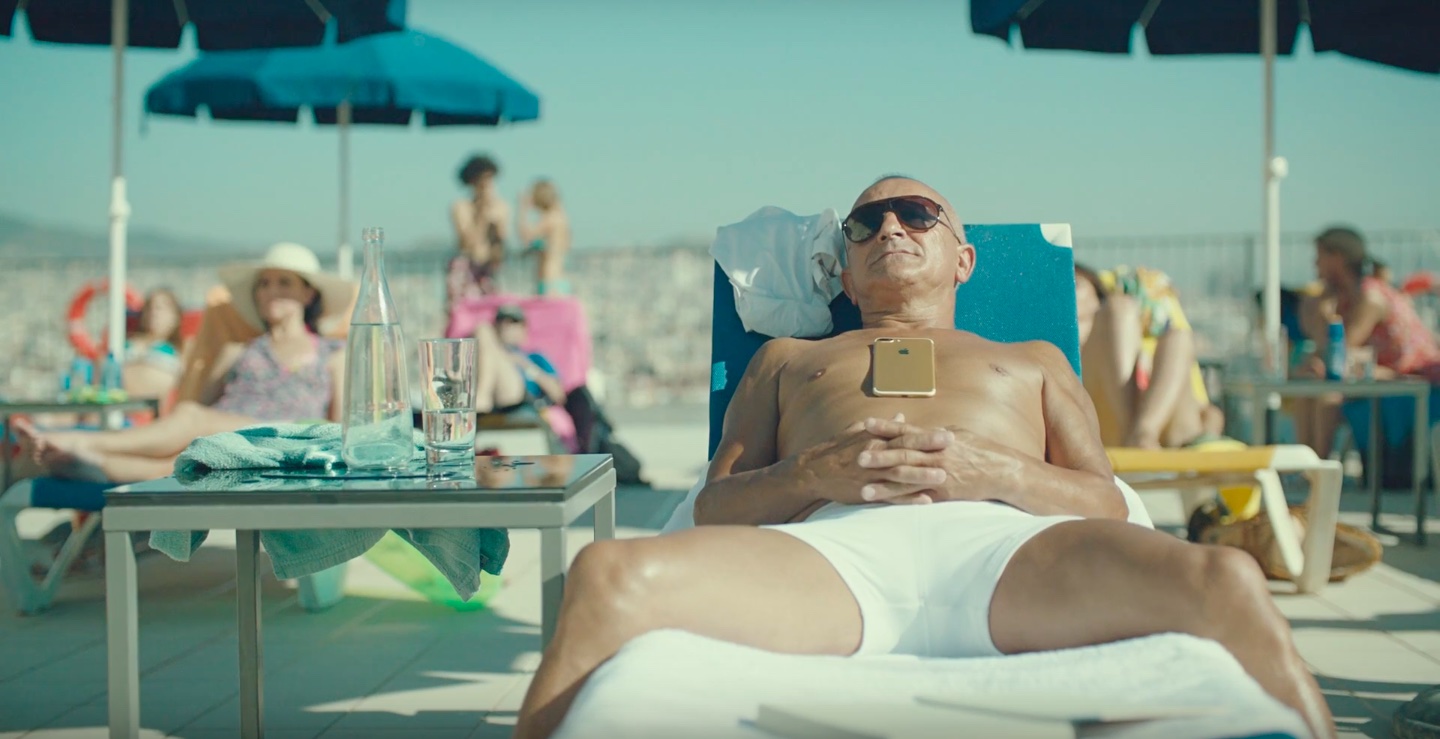 Apple today shared a new television commercial via its YouTube channel highlighting stereo speakers and the improved IP67 water resistance on the iPhone 7 series. Titled “Dive”, the 60-second video opens with a pool scene depicting an older guy who is soaking up sun rays whilst listening to “La Virgen de la Macarena” by Arturo Sandoval playing through the iPhone’s stereo speakers.

He then turns up the volume and proceeds to climb the high dive as everyone else is watching with anticipation. As the song climaxes, he jumps off causing his device to get splashed with water poolside. The video closes with Apple’s “practically magic” tagline used consistently in iPhone 7 advertisements.

Here is that new commercial.

Our own Sebastien Page wasn’t particularly fond of the fact that Apple is seriously touting stereo speakers as “practically magic”.

“The sound isn’t even that great,” he complained in a group chat on Slack. “The whole device shakes in your hand when the volume is too loud.”

I don’t have any issues with the tagline, but understand Sebastien’s reasoning. 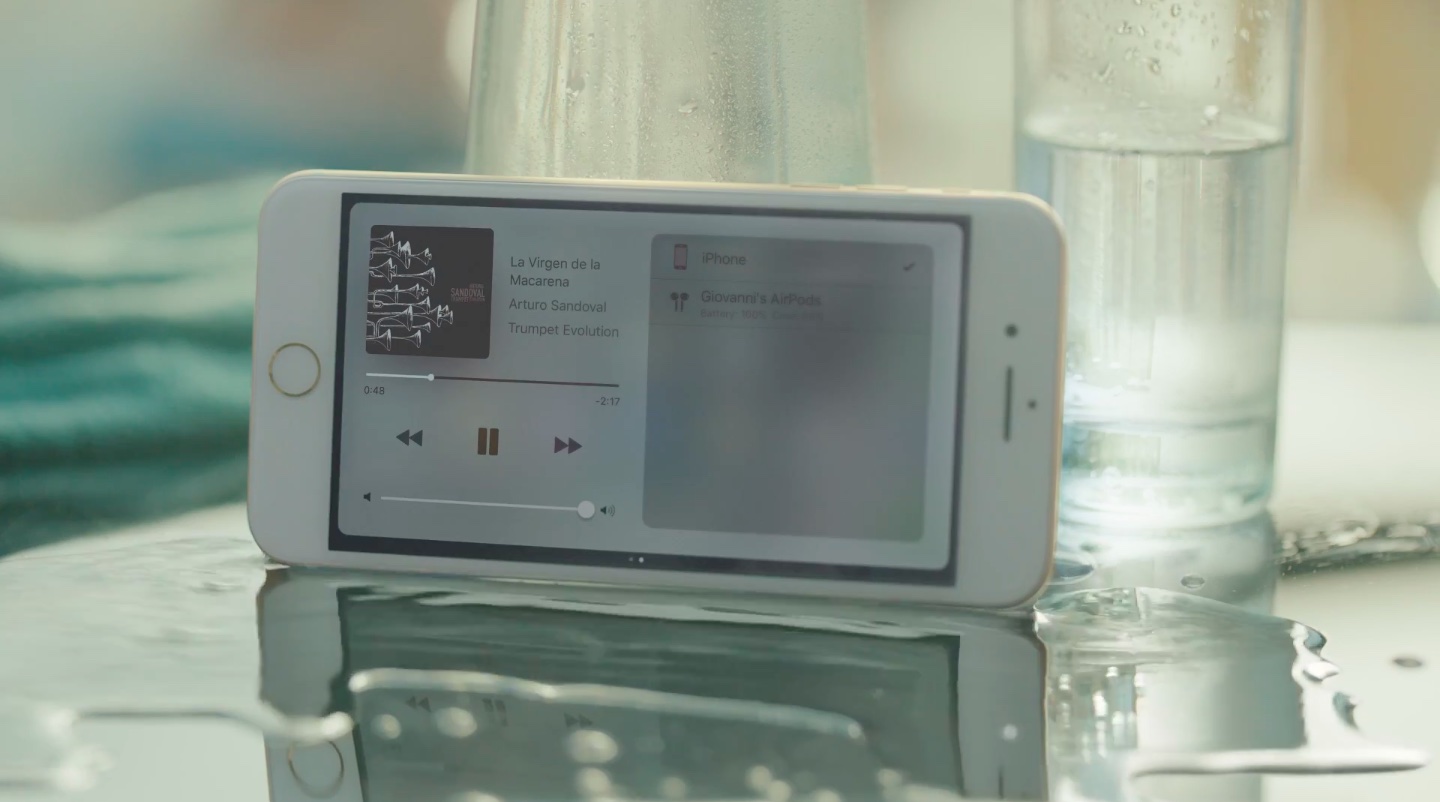 The same controversial “practically magic” tagline appeared in another iPhone 7 ad highlighting “Happy Birthday” balloons animation in the Messages app even though screen and bubble effects in Messages are not exclusive to the latest iPhones.