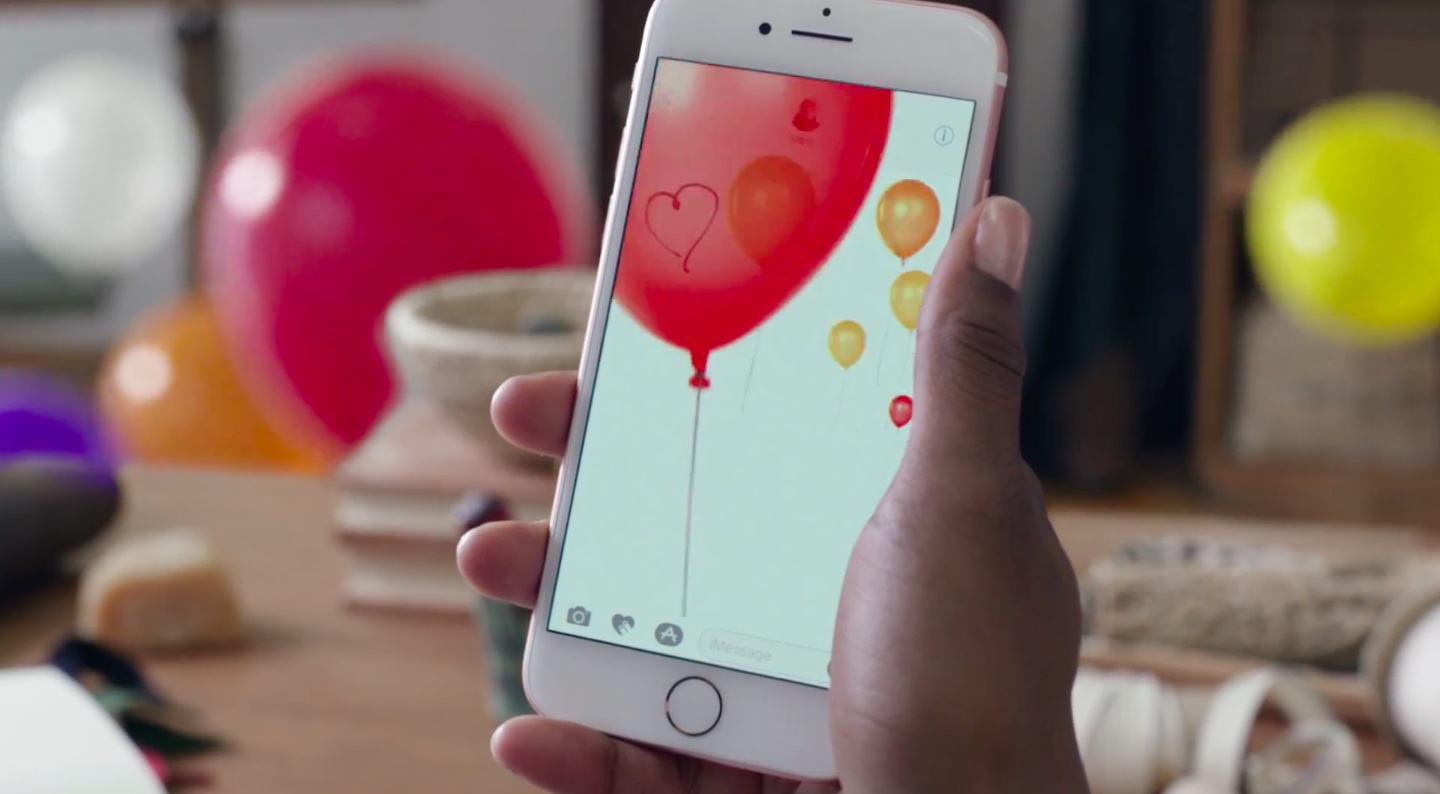 Apple’s much improved Messages app in iOS 10 is more expressive than ever, especially with nicely done animations that take over the entire screen.

One of the fullscreen effects in Messages, a bunch of balloons that fly up from the bottom of the screen, is the central theme of a new iPhone 7 commercial that Apple posted on its YouTube channel today.

The 30-second commercial wraps up with the message, “The all-new iPhone 7, with expressive messages. Practically magic.”

The song used in the commercial: “I Will Follow You” by Toulouse.

The video showcases one of the more interesting features in iOS 10 Messages that automatically plays an appropriate fullscreen effect upon receiving certain texts, such as “Happy Birthday”, “Congratulations” and “Happy New Year”.

In the video, a female iPhone user receives a “Happy Birthday” message, which triggers messages to play the Balloons effect. Be sure to learn how to use bubble and screen animations in Messages in our in-depth guide to iOS 10 Messages effects.