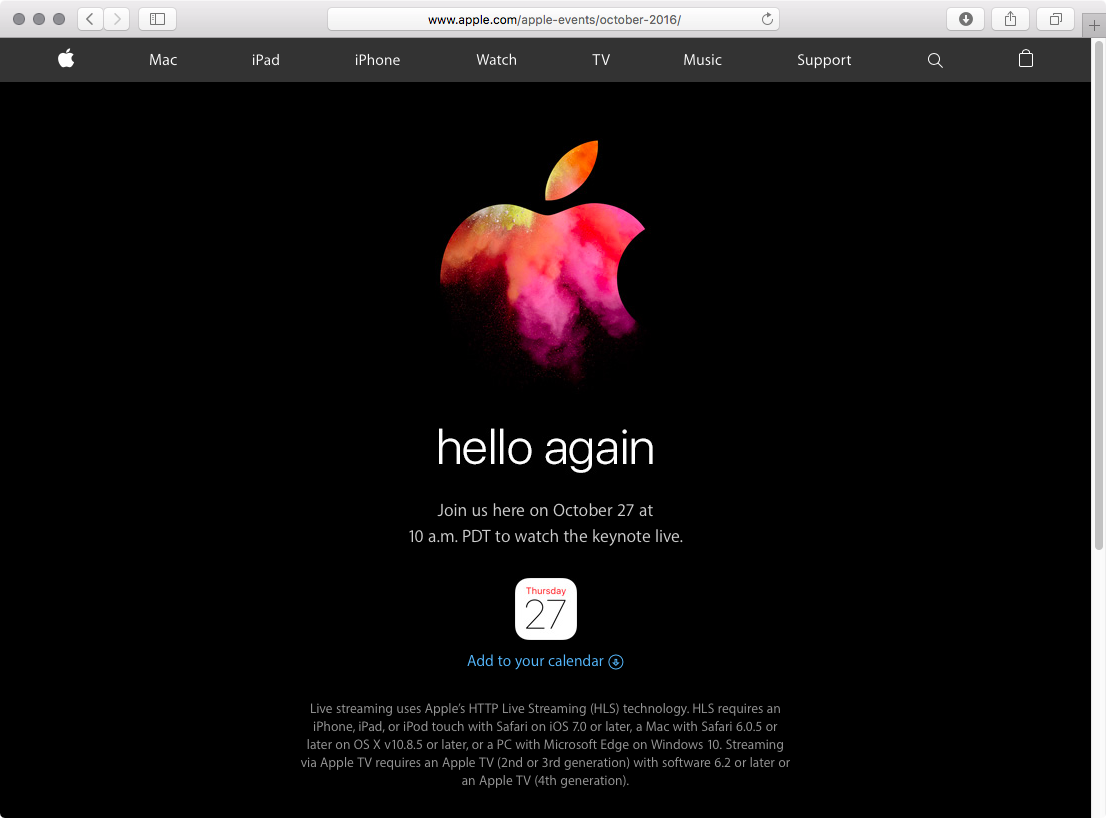 Invites for a new media event went out yesterday and Apple just confirmed that the keynote will be live-streamed through its website. As you’ve come to expect from iDownloadBlog, we will be providing remote coverage of the keynote along with details of the announcements. This could be the last event at Infinite Loop’s Town Hall campus.

That’s because the massive Campus 2 building AKA “iSpaceship” should open come January 2017, barring any unforeseen delays. The site includes a massive underground auditorium where future corporate and press events will be taking place.

Apple will live-stream the event at apple.com/apple-events/october-2016/.

Like previous events, this one will use Apple’s HTTP Live Streaming technology which requires an iPhone, iPad or iPod touch with Safari on iOS 7.0+, a Mac with Safari 6.0.5+ on OS X Mountain Lion 10.8.5+ or a PC with Microsoft Edge on Windows 10.

You can also watch the event on your TV via the Apple Events app on a fourth-generation Apple TV and a second or third-generation box with Apple Tv software 6.2+.

Our Android friends and PC owners can enjoy the presentation by pasting a live-stream link into the VLC media player application (the actual live-stream URL is typically revealed a few hours ahead of the event).

We’ll be making sure to post a “How to live stream the Mac event” explainer in a timely fashion so stay tuned.