An upcoming update to Google’s Chrome browser won’t take up as much memory on desktop or mobile websites that use JavaScript as before, CNET reported. Chrome 55 for desktop and mobile, scheduled to release on December 6, packs in an improved JavaScript engine dubbed V8 that was designed to “significantly reduced the memory footprint” of websites like Imgur, Reddit, Twitter and The New York Times.

Most noticeably, the average V8 heap memory consumption of the mobile New York Times benchmark reduced by about 66 percent.

“More optimization is in the works especially for lower-end devices with less than a gigabyte of memory,” said CNET. 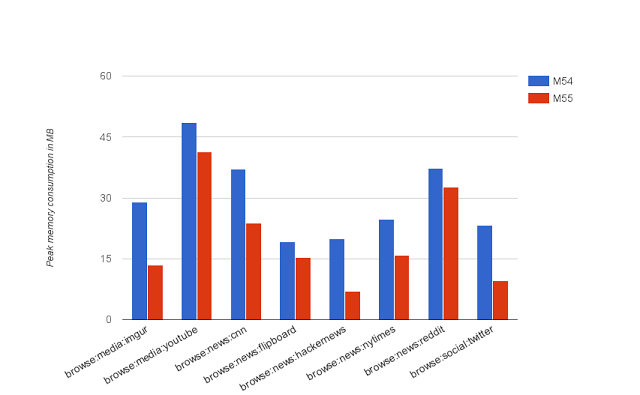 Peak zone memory improvements since Chrome 54 reduced by about 40 percent on average over the measured websites.

Reducing the V8 heap page size from one megabyte to 512KB has helped Google’s engineers reduce the browser’s memory footprint and memory fragmentation by a factor of two when not many live objects are present on the screen.

Chrome for Mac 53.0.2785.143 is the current stable version of Google’s browser. Chrome for Mac is a free download from Google while Chrome for iOS can be downloaded at no charge from the App Store.