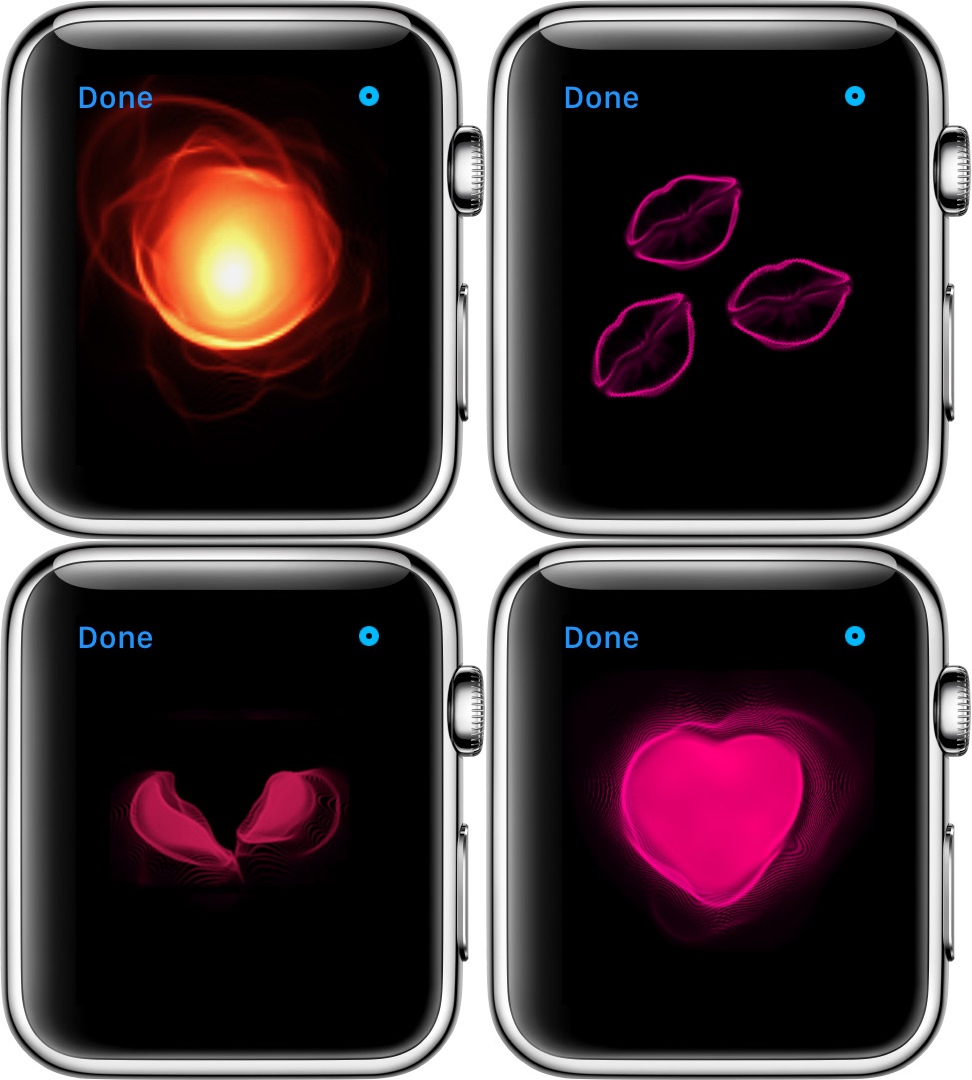 If you own an Apple Watch, then there are several ways you can reply your new messages right from your wrist. You no longer have to reply with only words.

Starting with watchOS 3, you can take advantage of Digital Touch, which lets you send all kinds of custom animations right from your wrist with combinations of taps and gestures.

What can you send with Digital Touch?

The various kinds of things you can send from your Apple Watch with Digital Touch are:

How do you do it?

Sending Digital Touch messages from your Apple Watch is easy. You can send them in response to incoming messages, or you can go into the Messages app and compose one to anyone you have an open conversation with already.

When you receive a new message, or when you open a conversation from the Messages app on your Apple Watch, you’re going to see three round blue buttons: 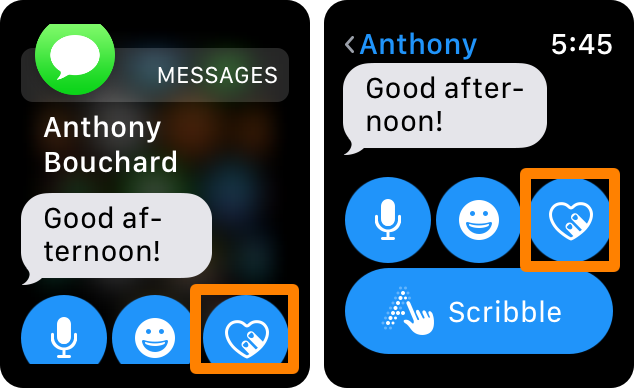 You will be tapping on the button on the far right with the fingers touching the heart icon. 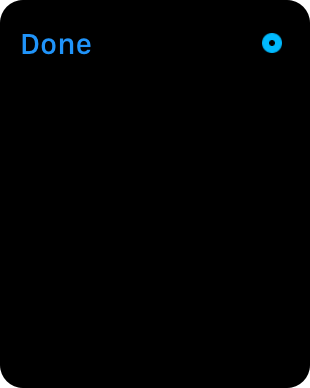 Now that we’ve past the basics, we can start talking about the different kinds of Digital Touch messages and the gestures needed to send them.

How to send all the different Digital Touch messages

We listed the different kinds of Digital Touch messages at the start of this post, but now we’ll talk about them more in detail and how to create them from the Digital Touch canvas.

You can send your heartbeat to another person by entering the Digital Touch canvas, discussed above, and tapping and holding with two fingers on your Apple Watch’s display until you see your heartbeat. 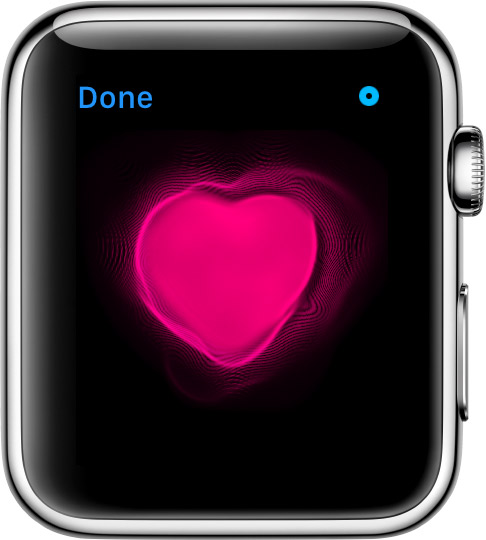 When you’re satisfied with the amount of beats, you can lift up from the display and this will send your heartbeat to that person.

When they receive it, this is what it will look like:

You can also send a broken heart when the time is appropriate. To do that, enter the Digital Touch canvas, then tap and hold with two fingers until you see your heartbeat. After you do, swipe down with your two fingers, and then release the display. 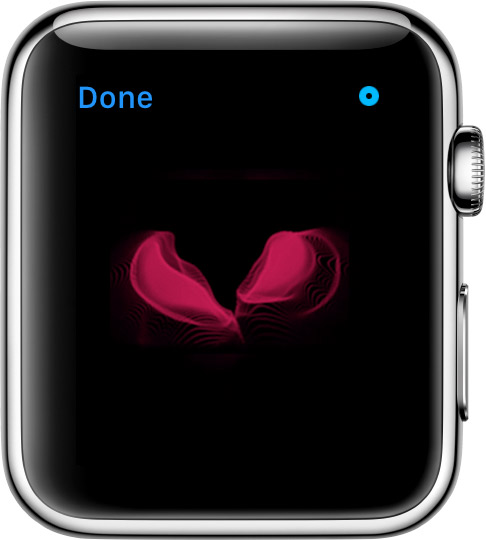 During the time you swipe down, you should see the heart rip into two pieces, and then it will be sent to the person you’re messaging.

When they receive it, this is what the broken heart will look like:

The Digital Touch canvas also supports sketches. To send a sketch, simply tap and drag with one finger while you’re in the canvas. 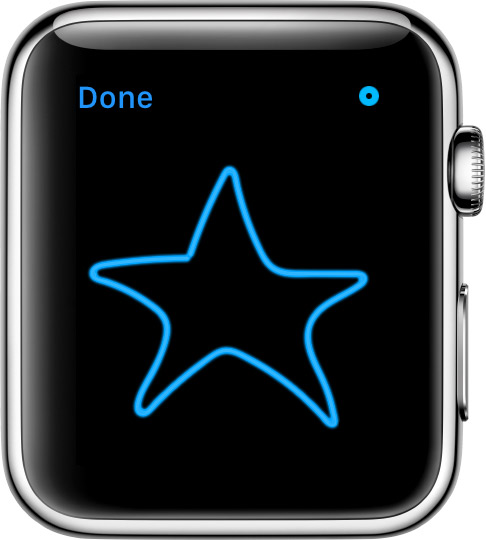 You can also tap on the round blue button at the top right of the canvas to change the color of your drawing tool: 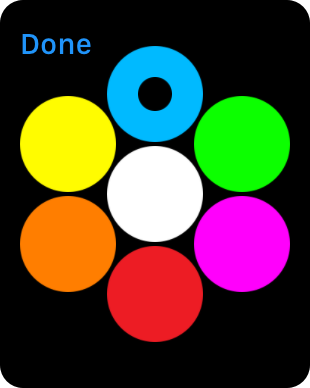 After you’re satisfied with the sketch, you’ll want to tap on the blue Done button at the top left of the screen to send it, or simply wait a couple seconds before the sketch is sent automatically.

When the person you’re messaging receives your sketch, this is what it will look like on their end:

Sending a tap on the wrist

For the times when sending a tap on the wrist will get someone’s attention, you can do that too. By tapping once, or even multiple times on the Digital Touch canvas, it will record your taps and exactly where you tapped on the screen. 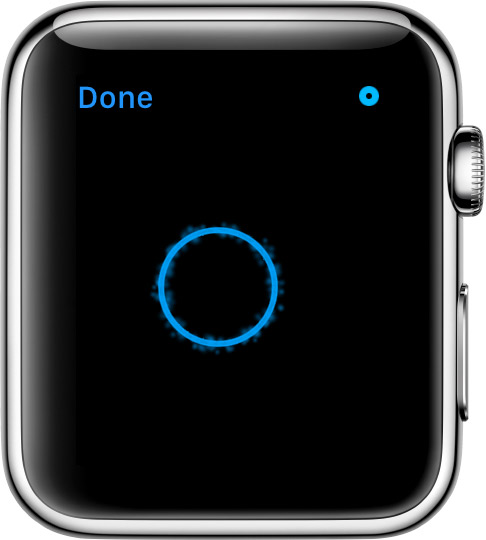 Just like in the sketch feature, you can tap on the round blue button at the top right to change the color of your taps:

As soon as you tap on the blue Done button at the top left of the canvas, the tap(s) will be sent to your recipient.

Here’s what a tap on the wrist would look like on the recipient’s end:

For the times when you’re feeling a little fumed, sometimes a fireball can help convey your feelings. You can send a fireball to someone by going into the Digital Touch canvas and tapping and holding with one finger until you see the fireball appear. 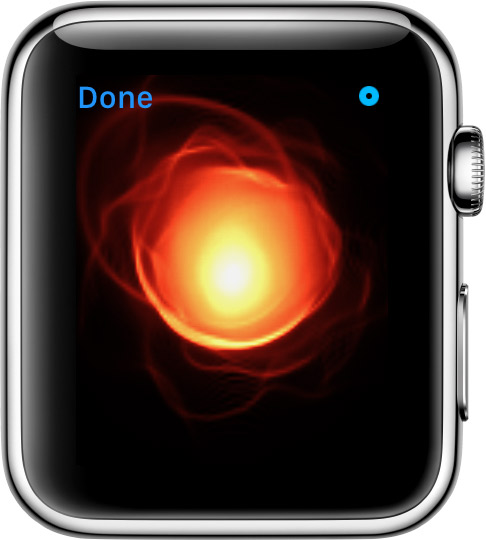 When you see it, you can release your finger from the display to send it to your recipient.

When your recipient receives your fireball, this is what it’s going to look like for them:

The final type of Digital Touch message you can send, which is perfect for expressing your love for your significant other, is sending kisses. To send a kiss, enter the Digital Touch canvas and tap two fingers on your Apple Watch’s display. 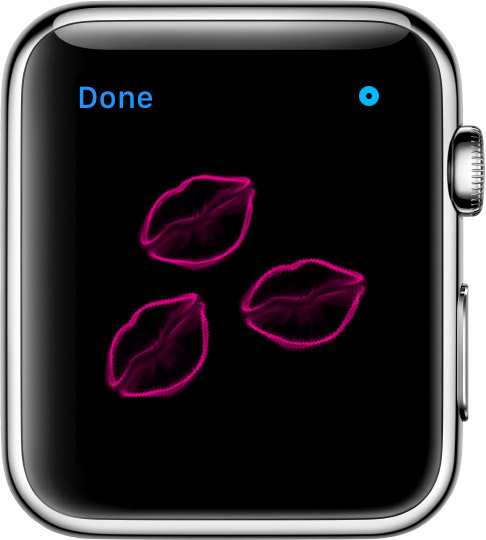 You can tap as many times as you want to and each tap will create a kiss. When you’re finished, tap on the blue Done button at the top left to send your message.

This is what kisses look like on the receiving end:

After you send or receive Digital Touch messages on your Apple Watch, it’s really easy to look at them right from your wrist.

You can either tap on them from the notification you receive, or you can go into the Messages app and open a conversation and tap on a Digital Touch message that has been sent or received.

Are you enjoying the Digital Touch features on your Apple Watch? Share below!