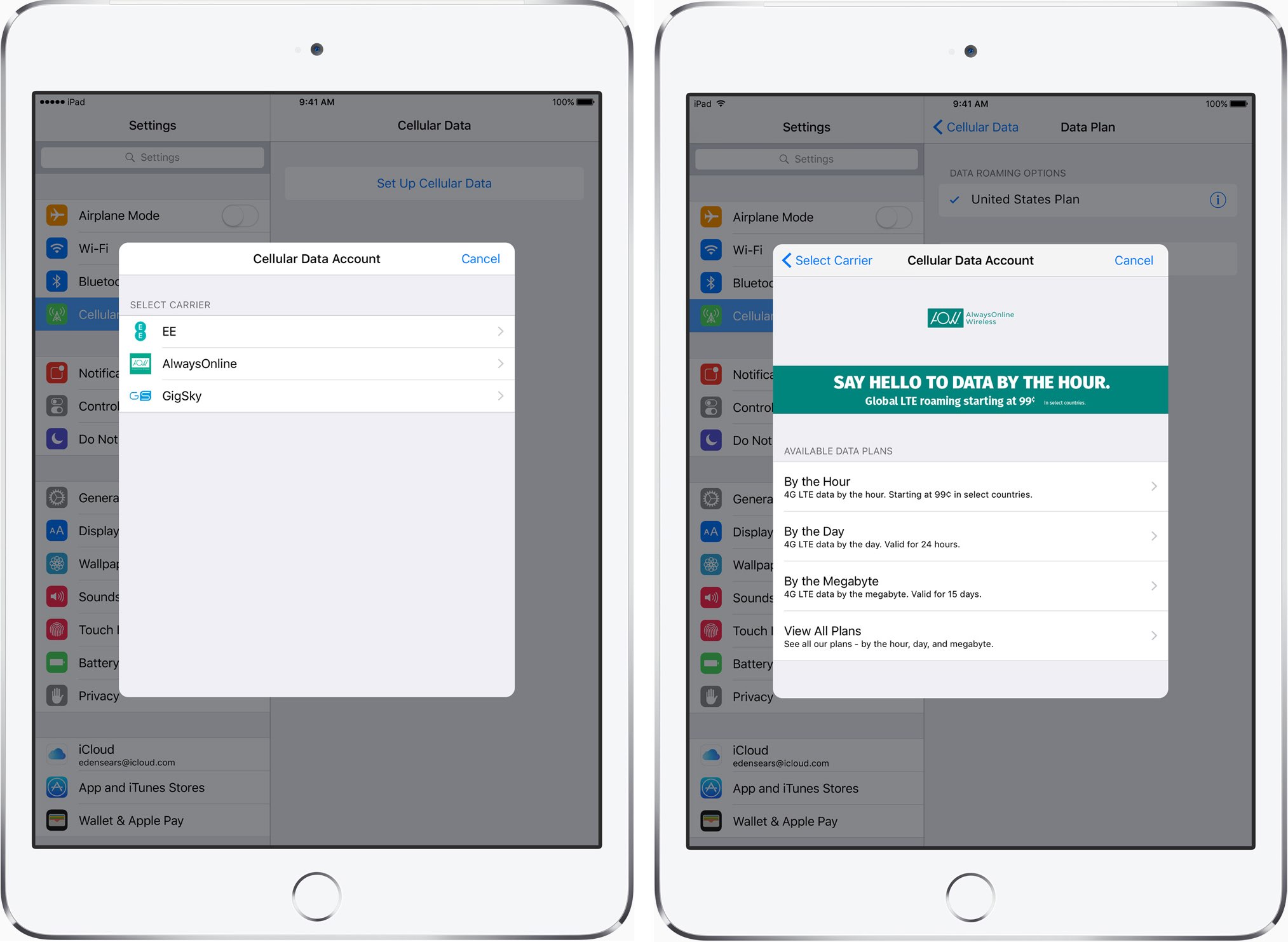 Apple SIM is available in 140+ countries via GigSky, but now customers traveling abroad have additional choices when it comes to buying short-term data plans on the go, directly from their cellular-enabled iPad, thanks to a company called AlwaysOnline Wireless which today announced that its 4G LTE roaming network is now available via Apple SIM in the United States and 28 additional countries. 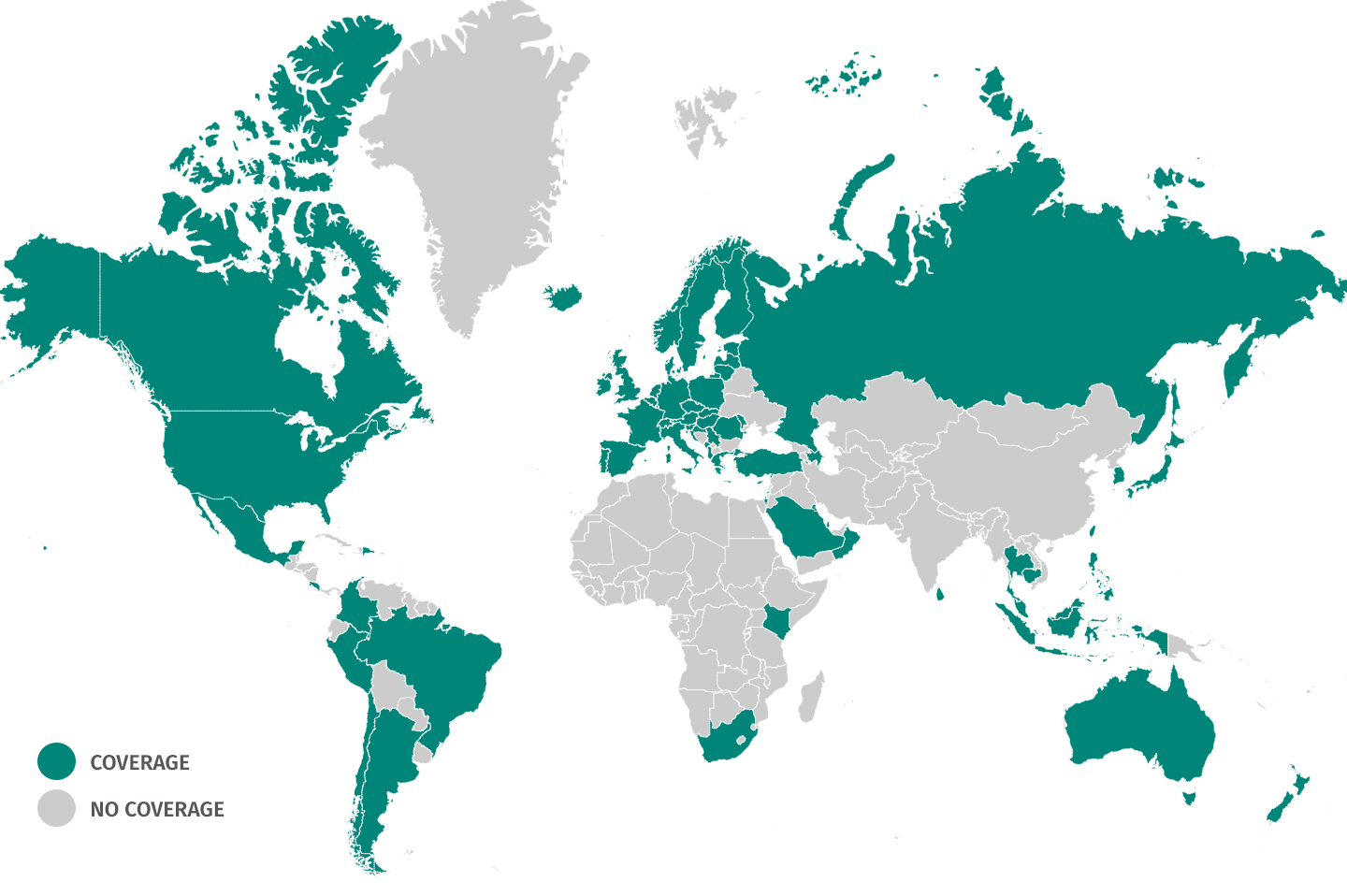 The plans are available on the iPad Pro, iPad Air 2 and iPad mini 3 or iPad mini 4 with Apple SIM and iOS 9.1 directly in Settings → Cellular Data → Set Up Cellular Data.

In addition to AlwaysOn, other Apple SIM partners include AT&T, Sprint and T-Mobile in the United States, EE and Three in the United Kingdom, Deutsche Telekom in Germany, Three in Hong Kong and au by KDDI and SoftBank in Japan.