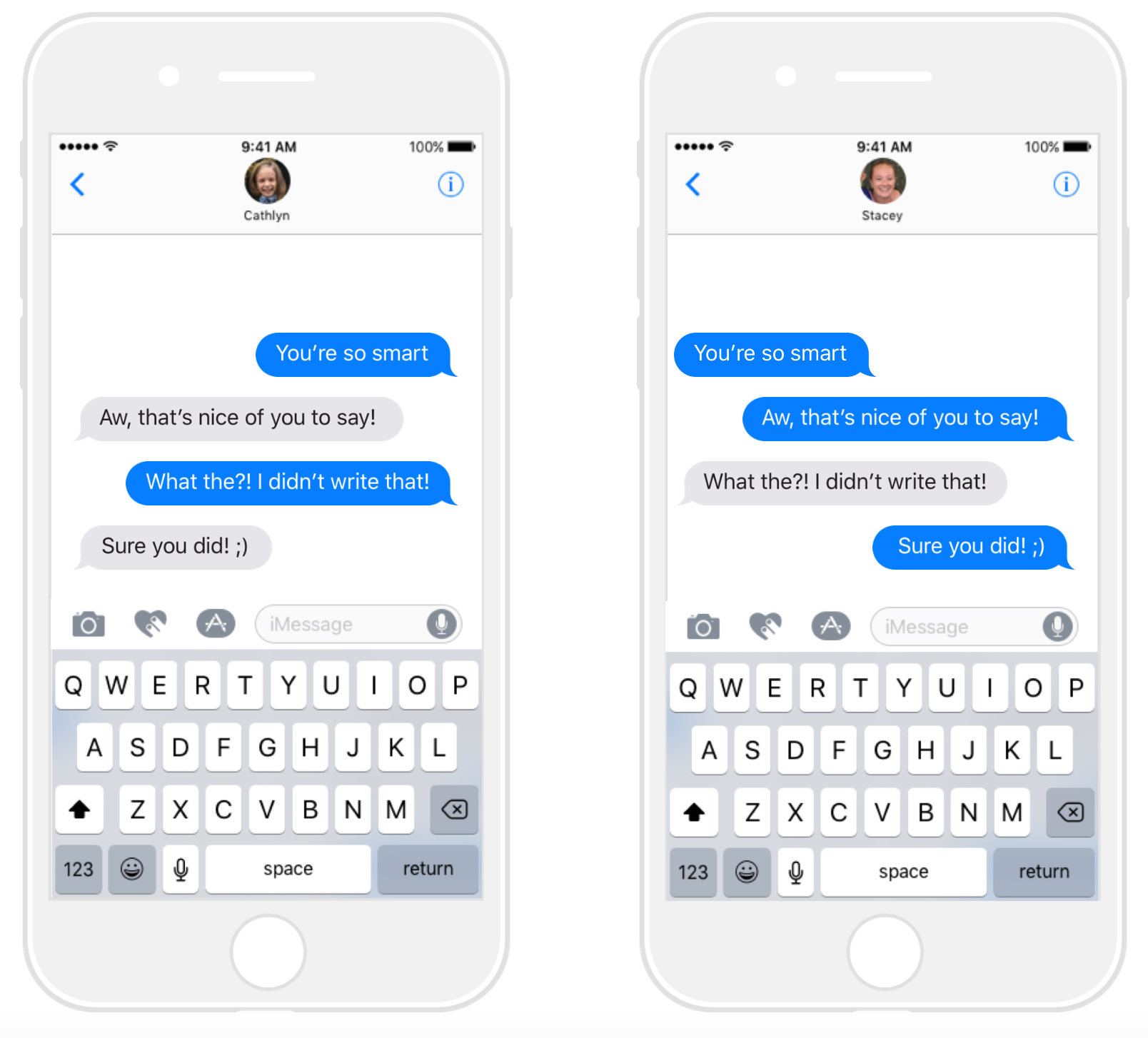 Apple on Friday threatened to pull Phoneys, a 99-cent sticker pack which lets you prank friends by putting words in their mouth. The #1 Top Paid item in the Messages App Store, Phoneys employs a simple trick to make the illusion work: it provides stickers that look exactly like the blue iMessage bubbles. Phoneys developer Adam Howell says Apple told him it would be pulling the app next Thursday unless it’s fundamentally changed so that the stickers looked nothing like iMessage bubbles.

Apple objected that Phoneys uses its trademarked San Francisco typeface and iMessage bubble design without permission. Howell, who works full-time as a remote employee for San Francisco-based Lithium, explains in a blog post on Medium:

Apple’s lawyers weren’t happy that Phoneys got through the review process. The stickers couldn’t be blue or green, they couldn’t use San Francisco as the typeface, and the app could no longer be marketed as a “prank” app, because Apple doesn’t approve prank apps (even though I myself had never used the word “prank” when marketing Phoneys, others did, and I certainly understood where he [Apple employee] was coming from).

Apple gave him until next Thursday to fundamentally change the app so that the bubbles looked something closer to “comic book cartoon bubbles”.

As mentioned, the hilarious app includes dozens of stickers resembling iMessage bubbles, each with a different message written on it.

As you know, stickers in iOS 10 Messages can be stamped on top of chat bubbles.

Therefore, placing one of the Phoneys stickers over your friend’s message bubble makes it look as if they texted you self-deprecating statements like “I have terrible taste in music”, “You make this parenting thing look easy”, “My political views are totally wrong”, “The sports team I pull for sucks” and so forth. 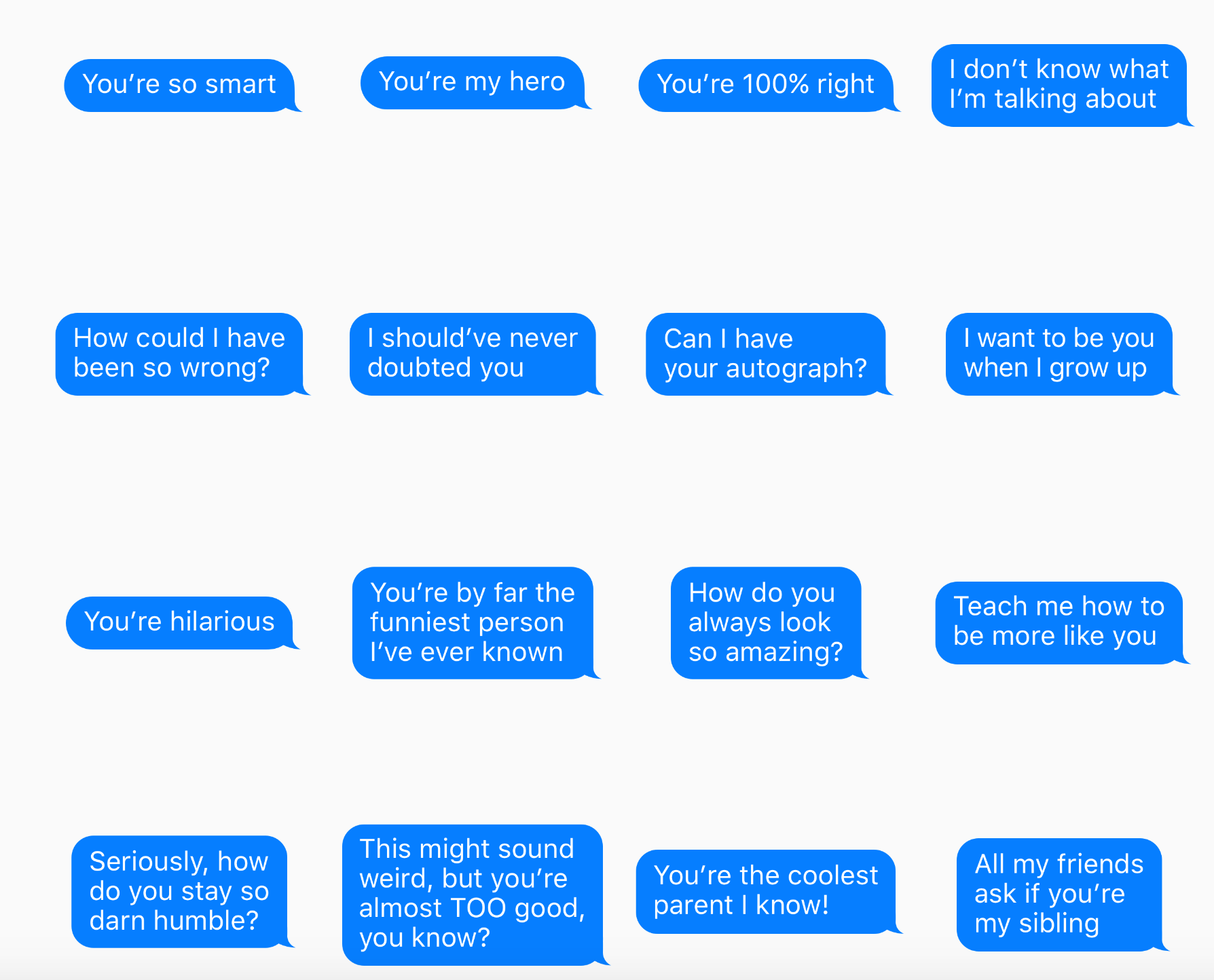 The idea for the app was born out of an experiment, Howell told TechCrunch:

I noticed how you could completely cover up texts with stickers. I started joking with a friend that I could maybe make him say anything I wanted. So I made a couple quick stickers locally on my iPhone to test it out, and sure enough it worked.

After tweeting out the idea, he received lots of positive feedback and decided to turn the project into a reality in the form of a downloadable sticker pack for iOS 10 Messages. 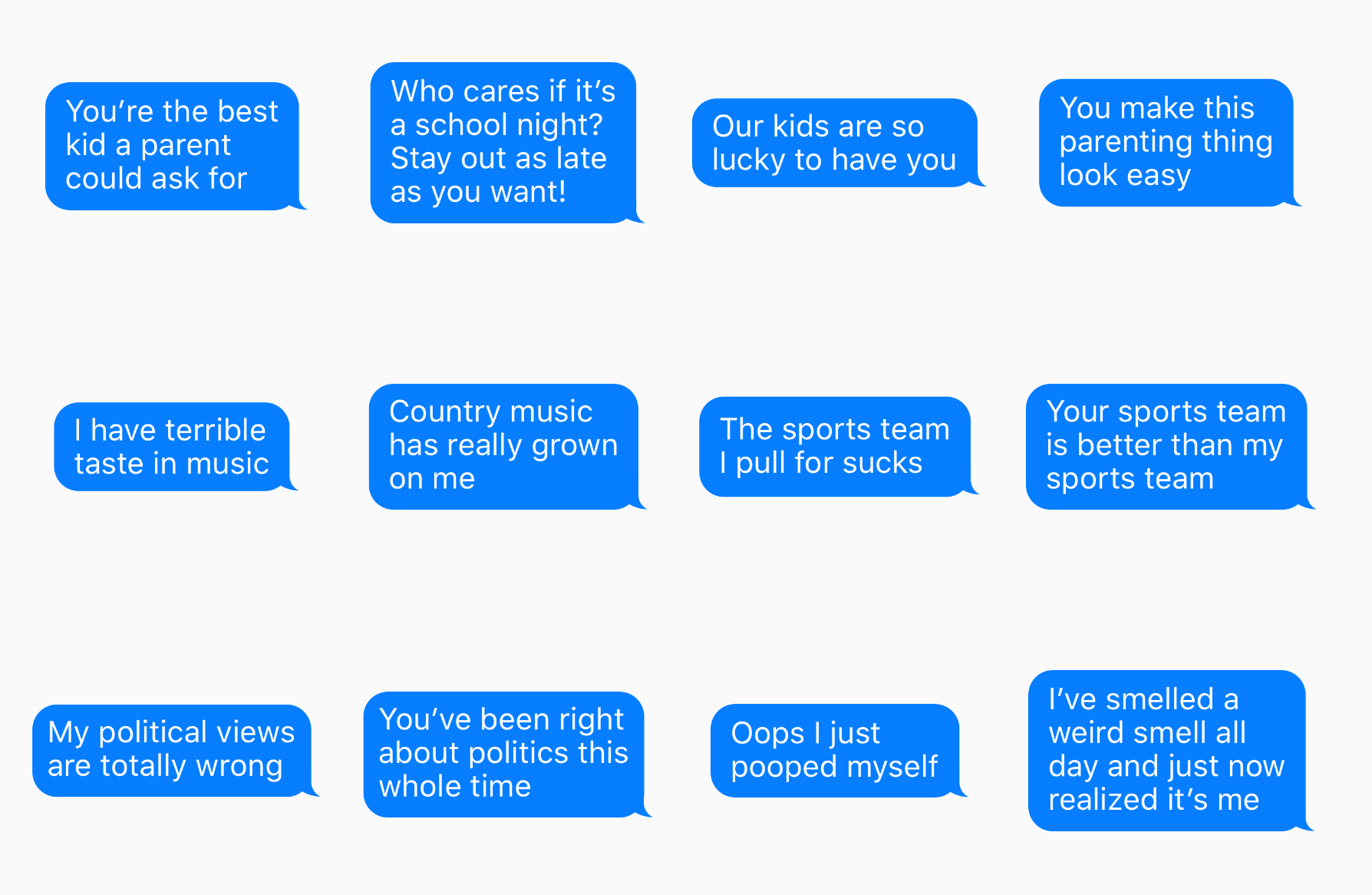 Encouraged by the app’s success and the fact that Apple approved it without objection, he even contemplated releasing another set of prank stickers and creating a brand new dedicated app that would let people write their own “phoney” texts.

The 99-cent sticker pack is currently live in the App Store, so download it now if you like before Howell changes it substantially, which would defeat the very purpose of the app, or Apple removes it a week from today.