Apple’s new iPhone 7 & 7 Plus are just now starting to get into consumers’ hands, and as a result, the run of the mill stress and torture tests have been ongoing since the end of this past week.

The iPhone 7 has proved to be very reliable in water resistance testing, as well as in drop testing, but there are other forms of durability tests too that might tickle your interest.

Remember Bendgate? – the infamous bending problem that plagued the softer aluminum in the iPhone 6 & 6 Plus? Apple really beefed up the structural integrity of the iPhone when they launched the iPhone 6s & 6s Plus with 7000 series aluminum, and Apple continues to use this material in the iPhone 7.

You’d be right if you thought the iPhone 7 has already been subjected to such bending tests, as well as other material durability tests, and some of them have already hit the internet, so we’ll show you some in this post so you have an idea of what the new iPhone 7 & 7 Plus can take before they sustain damage.

This video, published on YouTube by JerryRigEverything, shows how the iPhone 7 holds up to various scratch testing:

Using special mineral picks, which are rated at different hardness levels, we can see the iPhone 7’s display is on-par with smartphone display scratch standards.

On the other hand, the supposed sapphire glass camera lens cover and Touch ID sensor are a little less durable than we’d expect. Although the video appears to show a weakness to scratching, Apple’s Phillip Schiller gave an official statement on Twitter confirming both were made of sapphire glass. 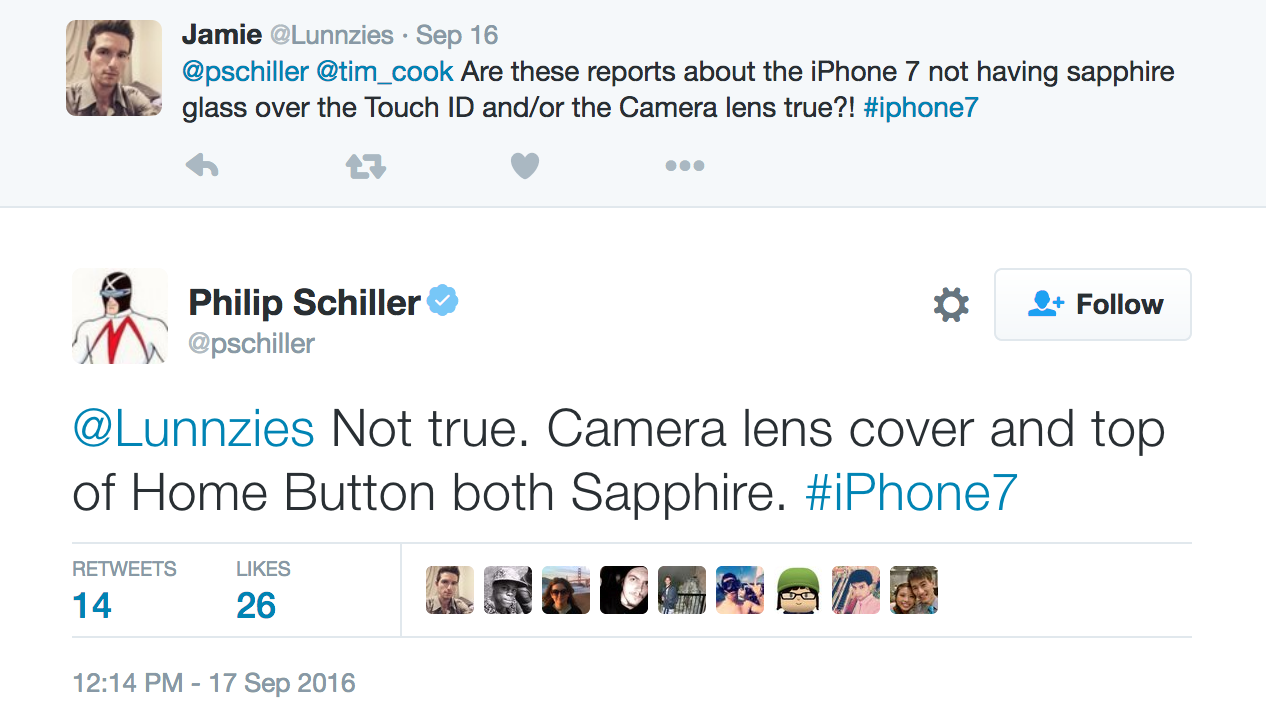 This means perhaps the iPhone 7 & 7 Plus are using some kind of lower-grade sapphire glass to reduce cost of manufacturing, but it for sure seems like they are much more scratch-prone than they should be for nearing the hardness of diamond.

The aluminum body, on the other hand, seems pretty durable against scratches from keys and other things you might carry on your pocket.

In terms of bendability, the iPhone 7 appears to have a very solid structure in this video and proves to be difficult to bend, but it’s worth noting that the water resistant seal in between the iPhone body and the glass display will tear if the iPhone is bent far enough, which will impact water resistance later down the line.

In another video, published on YouTube by EverythingApplePro, we see more bend results:

The iPhone 7 proves to be harder to bend than the iPhone 6 because of the harder aluminum material, but possibly a little easier than the iPhone 6s. Although it doesn’t seem to bend until the point of white fingers, its weak spots appear to be at the plastic antenna break at the top of the device and the power button, which is where most of the bending occurred.

Still though, to impose this much force on your device is pretty unlikely, especially if you put it inside of a case like Apple recommends, especially with the Jet Black version.

In summary, the iPhone 7 is pretty difficult to bend between the two videos, however neither video shows the bendability of the larger iPhone 7 Plus, which would undoubtedly be easier to bend because of the larger surface area that leads to more leverage.

Between what we’ve seen with the water resistance durability and drop test durability, these bend tests add to Apple’s durability credibility. It also shows that the iPhone 7 & 7 Plus should have around the same structural integrity as the iPhone 6s & 6s Plus.

Are you impressed with the overall durability of the iPhone 7? Share what you think in the comments below.