Apple’s new iPhone 7 and iPhone 7 Plus are the first dust and water resistant iPhones with IP67 protection, meaning they’re 100 percent resistant to dust and sand and should survive being submerged in about a meter of water for up to 30 minutes. The devices have waterproofed components like the buttons, the chassis and the SIM tray.

Plus, they most likely use gaskets and seals like other water resistant phones. But if water does make its way into the device and damages it, don’t count on Apple to replace it at no charge because liquid damage is not covered under its warranty.

Samsung’s latest Galaxy S7 and Galaxy S7 Edge have even higher IP68 protection, but water damage is not covered by Samsung’s warranty neither. In fact, to protect against water damage and general device failure, Galaxy customers are advised to purchase an extended warranty called Samsung Protection Plus.

The first number is your dust-proofing and the other indicates water-proofing. The higher the number, the better the protection. The digit 0 is used where no protection is provided.

The original Apple Watch is IPX7 certified, as Apple states:

Apple Watch is splash and water resistant but not waterproof. You can, for example, wear and use Apple Watch during exercise, in the rain, and while washing your hands, but submerging Apple Watch is not recommended.

The new Apple Watch Series 2 has improved water resistance up to 50 meters deep:

Apple Watch Series 2 has a water resistance rating of 50 meters under ISO standard 22810:2010. This means that it may be used for shallow-water activities like swimming in a pool or ocean. However, Apple Watch Series 2 should not be used for scuba diving, waterskiing, or other activities involving high-velocity water or submersion below shallow depth.

To show that waterproofing is a tricky business, SquareTrade did a torture test of the Galaxy S7 that challenged Samsung’s earlier small print saying the phone was water resistant to submersion in up to 5 feet for 30 minutes. As a result, Samsung now states its phone is only resistant to one meter of water for 30 minutes.

In other words, the Galaxy S7 should be IP67, not IP68-certified.

And what of the iPhone 7’s IP67 certification?

A 7 rating means that “ingress of water in harmful quantity shall not be possible when the enclosure is immersed in water under defined conditions of pressure and time (up to 1 meter of submersion)” according to the International Electrotechnical Commission (IEC), the international standards and conformity assessment body.

Apple says an entirely reengineered enclosure results in a water resistant iPhone that offers protection “like never before” against spills, splashes and dust. Be that as it may, we’re more interested in the fine print (emphasis mine):

iPhone 7 and iPhone 7 Plus are splash, water and dust resistant and were tested under controlled laboratory conditions with a rating of IP67 under IEC standard 60529.

Splash, water and dust resistance are not permanent conditions and resistance might decrease as a result of normal wear. Do not attempt to charge a wet iPhone; refer to the user guide for cleaning and drying instructions.

Liquid damage not covered under warranty.

Just to be clear, by liquid damage they mean just that—any situation where water makes its way into the device and wreaks havoc through corrosion. For instance, you could damage it by attempting to charge it after it was dunked in water because the Lightning connector in the iPhone 7 is not waterproof. 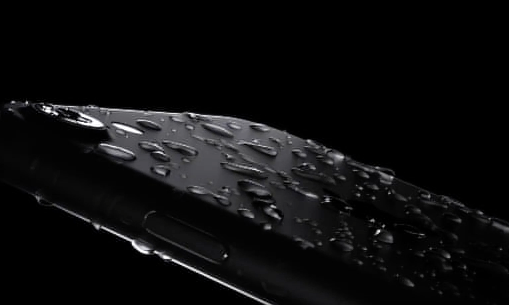 And as Apple states, the iPhone 7’s water resistance decreases as a result of normal wear. For example, a SIM tray might get damaged by dirt and debris and in turn reduce the phone’s water resistance and increase the risk of water damage.

Even Sony had to advise customers of its IP68-certified Xperia handsets against taking photos underwater. “Remember not to use the device underwater,” Sony cautioned following a backlash resulting from its use of the marketing image seen below . “The IP rating of your device was achieved in laboratory conditions in standby mode, so you should not use the device underwater, such as taking pictures.” 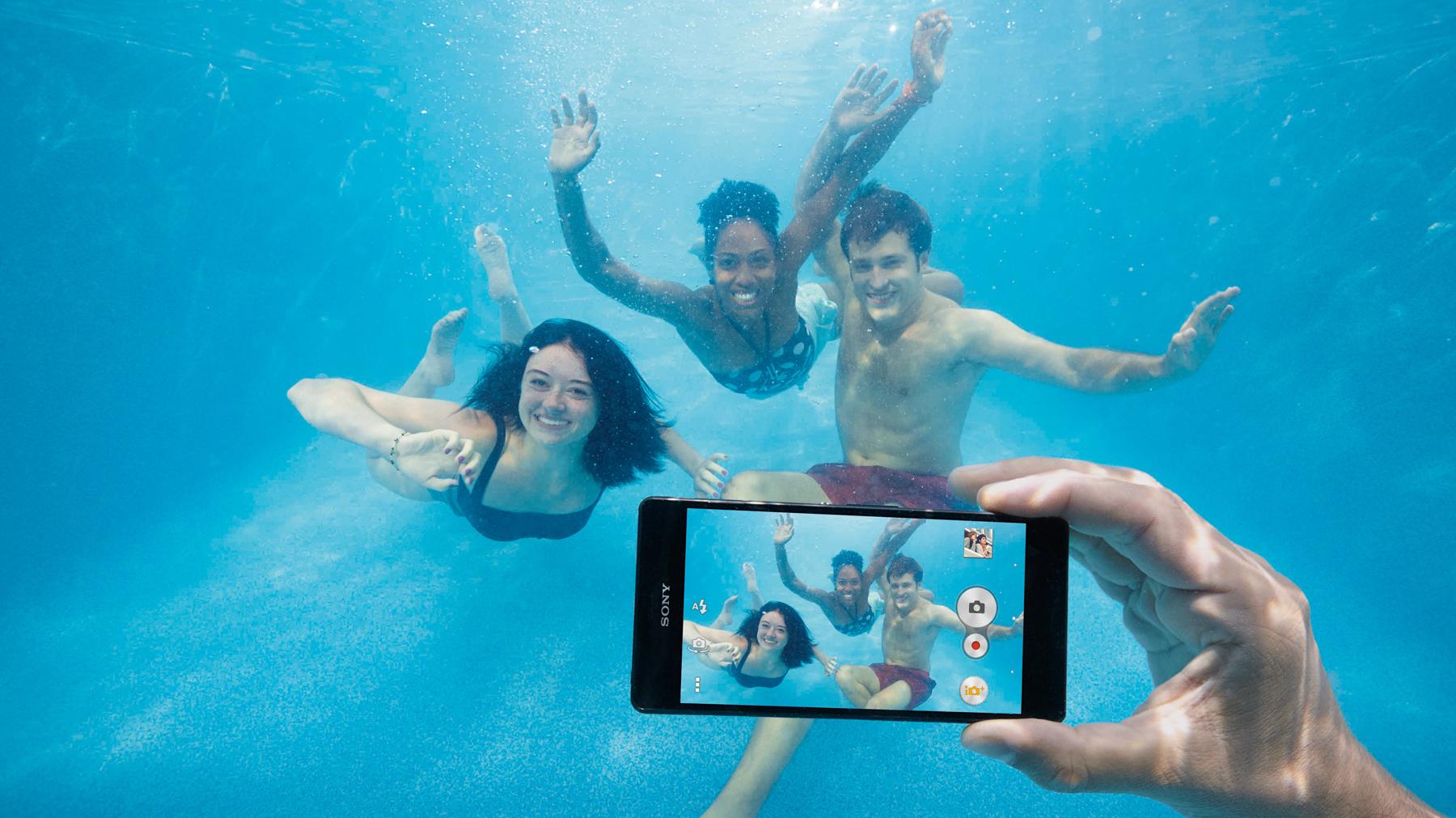 All of the above is to say that you shouldn’t dunk your new iPhone 7 in water just for the heck of it, or to impress your friends, because if it does get damaged as a result—don’t even bother taking it to Apple.

The only thing IP67 certification tells you is that the iPhone 7 can be submerged in depths of under one meter for up to thirty minutes and not sustain any permanent damage (under ideal conditions).

While the iPhone 7 will withstand being splashed with water, that doesn’t mean you should take underwater photos with it, swim with it in a swimming pool (chemicals!), expose it to salty sea water (salt=corrosion) or engage in other activities that bear the risk of water damage.